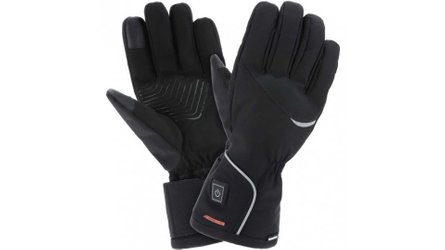 Heated grips on motorcycles are a luxury that few can afford. There are aftermarket solutions, but the added work might not be worth the effort. So the next best alternative is to get a set of winter gloves, but even that might not be enough to keep your digits from freezing, especially when exposed to the wind and other elements.

So here’s a nifty pair of gloves that you can take with you on your next ride and even beyond. I think this will make a great pair of winter gloves, not just on a motorcycle but also in the cold of the winter as you go about your business.

Onto the gloves. Buying this pair will mean that you won’t have to rely on your motorcycle’s exhaust pipe to keep your hands warm —that’s a pretty bad idea in my opinion. In contrast, the Feelwarm 2G is a great idea as it’s a rather ingenious piece of equipment for winter riding. Tucano Urbano integrated an integrated heating system that warms your entire hand—from your palms to your fingers.

The gloves are totally wireless, and it uses a compact battery pack that promises up to four hours of toasty goodness. The gloves can warm your hands up to about 150 degrees Fahrenheit (65.5 degrees Celsius). You can find the battery packs in the cuffs of the gloves, and it’s a 2,200 mAh lithium cell powering the glove’s heating capabilities. If 150 degrees is a little too hot for you, the gloves feature up to three heating levels so you can fine-tune your experience. The back of your hand isn’t left out of the party, as the gloves feature an insulating layer for the knuckle area.

Motorcyclists will also be quick to note that the cold isn’t the only thing that you have to watch out for when gearing up for the winter. The gloves also come with wind-proof and water-repellent fabric.

Now, it wouldn’t be a motorcycle glove without the protective elements, would it? The Feelwarm 2G features D3O armor inserts for the fingers, knuckles, and is also CE certified according to the EN 13594: 2015 standard.