Gas And Oil Companies At A Crossroads With Hydrogen Production 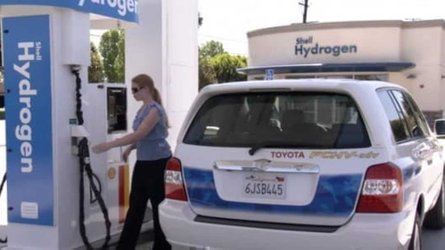 On December 1, 2021, news broke that Kawasaki and Yamaha were joining forces to develop and produce hydrogen engines. While we can’t wait to see hydrogen-powered MTs or Zs, gas and oil companies are still establishing infrastructure to support such vehicles. Of course, Toyota and Hyundai are already offering mass-produced fuel cell electric vehicles (FCEV), but the direction of hydrogen production is currently at a crossroads.

Today, more than 98 percent of hydrogen fuel is produced with a process called steam methane reforming. The practice requires manufacturers to superheat methane or coal with steam to extract the H2. However, the juice is worth the squeeze, with hydrogen being 2.6 times more energy-dense than natural gas. When used as a fuel source, hydrogen only emits water vapor, but the production of hydrogen is much more harmful to the environment.

Despite those hurdles, green hydrogen projects have grown five-fold in the past five years. Analysts expect the 350 projects scheduled through 2030 to receive $500B in subsidies and financing.

“Given the degree of explicit policy, corporate, and social support that has blossomed in 2020, green hydrogen will successfully scale and realize huge production cost declines,” claimed energy consultancy firm WoodMcKenzie. “Given the scale-up we’ve seen so far, the 2020s is likely to be the decade of hydrogen.”

Only time will tell if blue or green hydrogen powers our prospective Yamaha and Kawasaki motorbikes, but the gas and oil companies have a lot to consider before committing to a process for the future.