French automotive manufacturer Valeo initiated its transition to electric mobility in 2021. Along with electric powertrains for cars, the firm diversified its offerings with the Smart E-Bike System, which was the first electric bicycle to implement an adaptive automatic transmission. Now, Valeo is branching out even further, revealing a new 48V electric motorcycle prototype at the Consumer Electronics Show 2022 in Las Vegas, Nevada.

The new electric drivetrain consists of an air-cooled, 6-kW (8-horsepower) motor transplanted from the brand’s two-seater Citroen Ami car. Peak power of 12kW (16 horsepower) is available in short stints, but the new electric motorcycle concept is far from a performance machine. Valeo claims that the prototype delivers similar acceleration and performance as a gas-powered 125cc bike. However, the French OEM doesn’t plan on mass-producing the electric model.

Instead, the Valeo will function as a drivetrain supplier to Asian market producers. To illustrate the 48V drivetrain’s versatility, the firm plopped the motor in a Super Soco TC Max. While the paint scheme nods to Valeo’s trademark lime green color, the chassis, bodywork, and instruments come from the Chinese model. The Super Soco is the perfect platform for the new drivetrain too, as the TC Max’s stock 60V system only yields 6.7 horsepower (5kW). 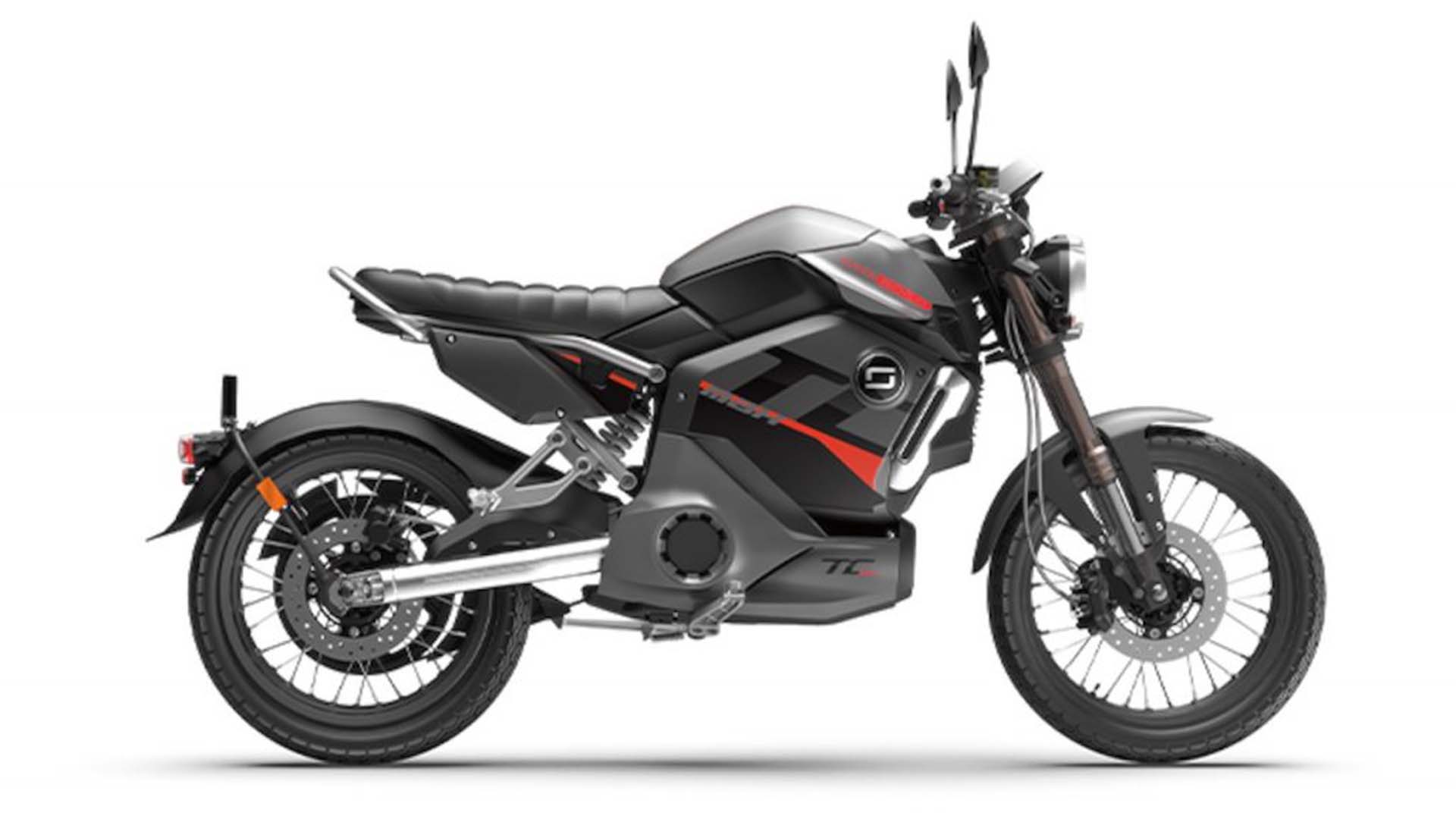 In addition to its power advantages, the Valeo 48V unit only weighs 37.5 pounds, including the motor, transmission, and electronics. That quality will allow manufacturers to build a lightweight machine around the new powertrain. The 48V capacity also aligns with the standard configuration agreed upon between Japan’s Big Four (Honda, Kawasaki, Suzuki, Yamaha) and the Eurasian swappable battery consortium consisting of Honda, Yamaha, KTM, and Piaggio.

While we’d love to see a lime green electric bike turning heads on Avenue des Champs-Élysées, it looks like Valeo is positioning its new drivetrain to cater to more global markets.