France To Require COVID Vaccines For All Athletes Entering Country 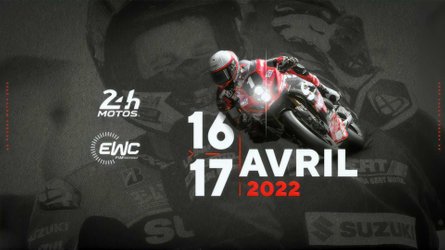 Beginning January 24, 2022, the French government will require all professional athletes who enter the country for events to either be fully vaccinated or have recently recovered from COVID-19. French lawmakers took up the matter to fend off debacles such as the recent kerfuffle in Australia over Novak Djokovic’s visa. France hosts a number of events with participation from international athletes, including the Six Nations Rugby tournament coming up in February and March.

While Dorna CEO Carmelo Ezpeleta, who oversees MotoGP, said that championship would avoid traveling to countries that are enforcing pandemic quarantines for travelers, the series has strict COVID protocols of its own in place. Ahead of the two pre-season test weekends in Malaysia and Indonesia, organizers confirmed that everyone in the MotoGP paddock must present proof of full vaccination and a negative PCR test within the 48 hours directly prior to entry. The paddock will also remain in a bubble, including pre-approved hotels.

The packed 2022 MotoGP calendar currently has 21 dates on it, although according to Ezpeleta, organizers are prepared to drop a couple of races from the calendar if changing pandemic situations require it. However, at this time, that particular championship has no 2022 race scheduled anywhere in France.

Two other international motorcycle racing series do have races scheduled in France, though. As of January 19, 2022, the current WSBK calendar shows the paddock touching down at the Circuit de Nevers Magny-Cours for Round 7, between September 9 and 11, 2022. While the 2021 FIM Endurance World Championship calendar ended up with most events scrapped, the 2022 one shows the 24 Heures Motos scheduled for April 16 and 17, 2022 at the Bugatti Circuit in Le Mans, France.

Beginning February 15, 2022, the French government will also require a third booster vaccine dose four months after full vaccination in order for an individual’s COVID vaccine pass to remain valid. “To practice your profession or come for pleasure as part of a sports team you will have to have a valid vaccine,” explained French sports minister Roxana Maracineanu, according to Cycling News.

She continued, “That’s the case for both people who live in France and also for foreigners who come to our country for a holiday or a major sporting event. Athletes have a role to play in helping convince non-vaccinated people into the vaccine program as soon as possible.”