Former Formula 1 driver Kimi Raikkonen is considered a legend by many a car racing fan. The Finnish driver has competed for Sauber, McLaren, Ferrari, Lotus, and Alfa Romeo and he remains Scuderia Ferrari’s last title-winning pilot. While The Iceman’s skill on the racecourse gained him a following over the years, his candor and direct nature have gifted F1 fans with humorous sound bites for years.

After an illustrious 21-season career at the top of motorsports, Raikkonen hung up his helmet after the 2021 F1 season. Now, number 7 will become number one at the Kawasaki MXGP Factory squad, taking on a team boss role in the 2022 season.

“It’s no secret that motocross has been my great passion for many years, but this team isn’t what you could call my hobby.” Stated Raikkonen. “We take it far too seriously for that. We strive for excellence. After my retirement from active racing, I will take care of the team’s strategic issues in the future.” 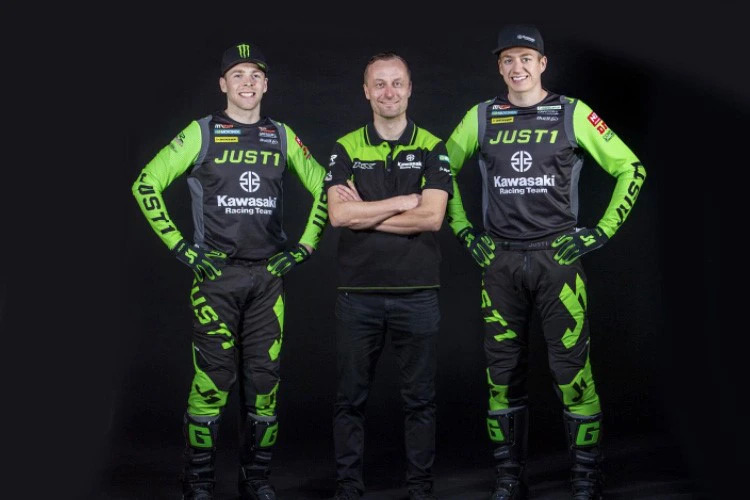 “We are very happy that Kawasaki chose us as a factory team,” admitted Raikkonen. “I know that the chances of success are greater with direct factory support. It will be a great opportunity for us to compete as the new Kawasaki factory team in MXGP.”

2015 FIM Motocross World Champion Romain Febvre and British rider Ben Watson will join Raikkonen and Pyrhonen at the Kawasaki Factory team. While Febvre is recovering from a broken tibia and fibula sustained in a crash during last year’s Paris Supercross and Watson is a newcomer to the team, Raikkonen will certainly bring a winning attitude to the squad.