On April 2, 2012, Kawasaki rider Joan Lascorz crashed at Italy’s famous Imola circuit during a Superbike World Championship (WSBK) test. During the crash, Lascorz suffered a dislocated C6 vertebra, which resulted in quadriplegic paralysis. While the Spanish rider maintains 100 percent of his mental capacity and mobility in his face, neck, arms, shoulders, elbows, and wrists, he can’t move his legs or abdominal area and has limited feeling in fingers and hands.

Lascorz’s crash may have prematurely ended his motorcycle racing career, but that hasn’t stopped him from competing. In 2016, Lascorz raced a modified Polaris RZR1000 to the Spanish All-Terrain Champion. From there, the Catalan rider finished second in the SSV (side-by-side) and sixth overall at the 2017 Merzouga Rally in Morrocco. In order to compete in those rallies, Lascorz used a specially modified acceleration/brake lever actuated by his right hand and a steering wheel controlled by his left shoulder.

Partnering with the Buggy Masters team, Lanscorz will take on his most challenging event yet, the 2022 Dakar Rally.

“Before the accident, I would never have imagined participating in the Dakar, because I saw it as something for supermen,” revealed Lascorz. “I looked at the motorcycle part and saw the harshness that existed, because of the hours and the beatings that were hit. 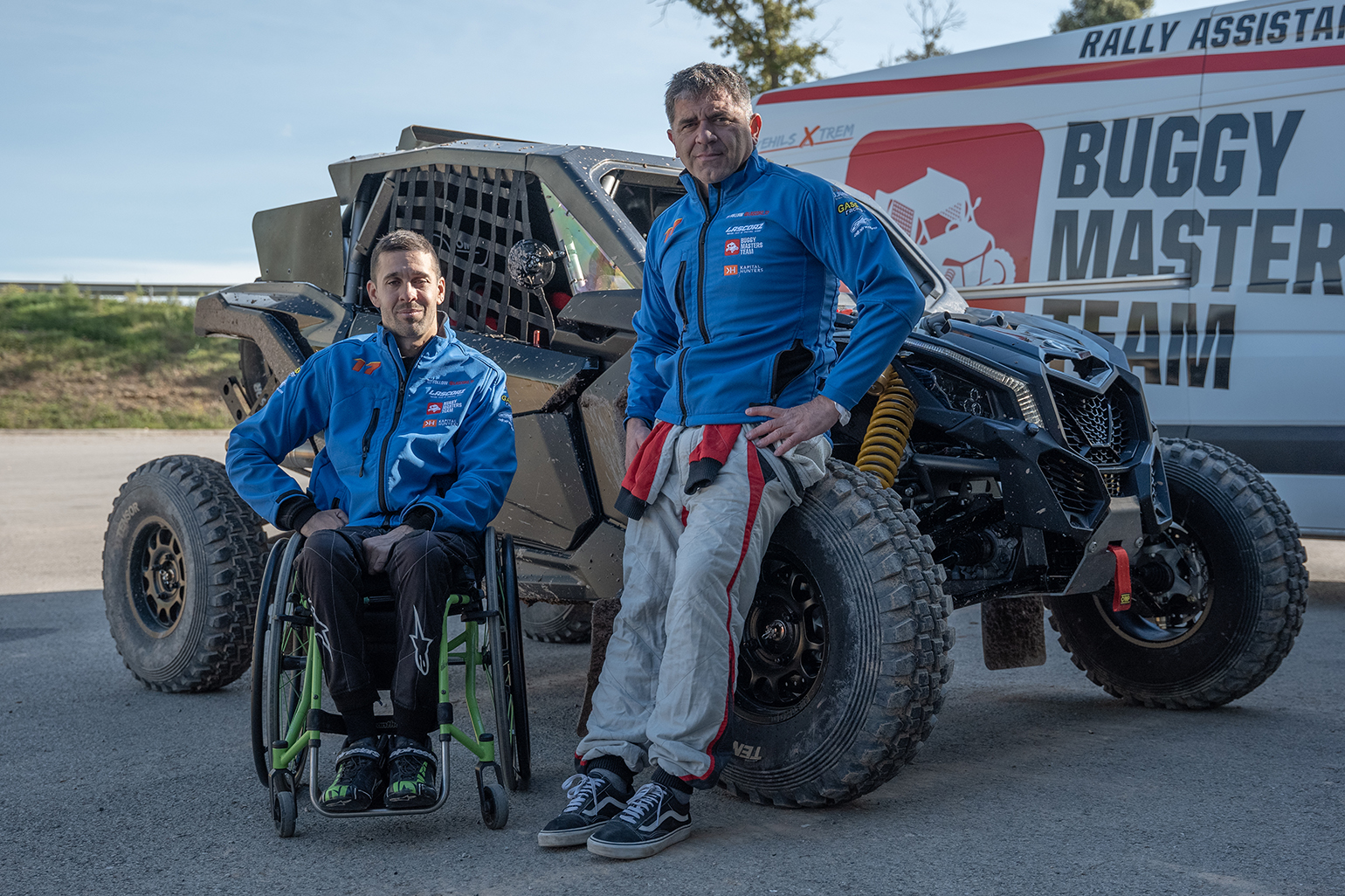 With only a few days before the 2022 Dakar Rally gets underway, Lanscorz may not get to his ultimate fundraising goal, but Team Manager Miguel Puertas will be with the rider the whole way. That includes prepping his Can-Am Maverick X3 for battle in the Saudi Arabian desert.

“The problem is that I have a very high injury, in the neck, C5-C6 and I cannot move my hands at all,” Lascorz admitted. “Getting an adaptation that allows you not only to compete has been really complicated, but working for years and evolving with Guidosimplex I have achieved a solution that allows me to be fighting with the best. With Miguel, we both want to go out with a winning mentality. Winning is not the priority, but you have to go with that philosophy to the Dakar.”