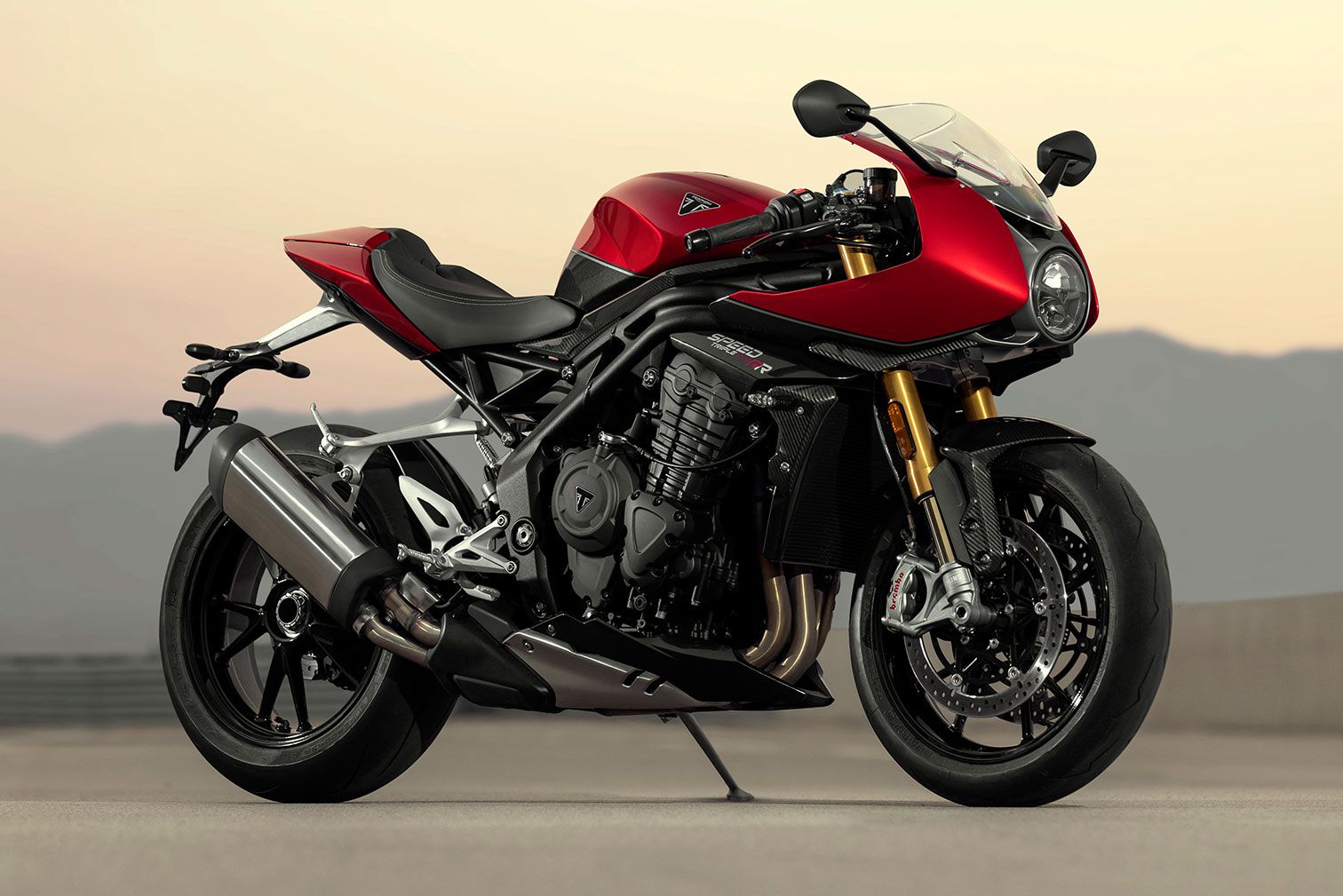 Whenever Triumph announces a new naked bike, be it Speed Triple or Street Triple, the same question is asked: When will it bring out a 1,000cc version of the Daytona? And each time, Triumph is adamant that it’s not going to happen. When the latest Speed Triple 1200 RS launched with 180 hp and a sophisticated electronics package, it was impossible not to hope for a version with a little more sport to its stance, especially given how much fun the 1200 RS is on track. Well, we didn’t have to wait too long. Triumph has just revealed details of the new Speed Triple 1200 RR, and it is a stunner.

There’s no pressing need to cancel all your other orders and rent out the cat to an experimental medical laboratory; the new bike isn’t the fire-breathing Daytona you’re dreaming of. Instead, Triumph has gone for a sporty half-faired twist on the 1200 Speed Triple. Sticking clip-on handlebars and a bikini fairing on a naked bike is nothing new, but that formula has given us some great bikes in the past; the SV650 and SV650S, just to name a popular example, show how subtle changes can create two great bikes from one. The Speed Triple is a little more up-market than that, but the strategy is the same: broadening its appeal by offering another option to people who aren’t quite ready to give up a fairing and low bars.

To turn the RS into the RR, Triumph made changes including clip-on handlebars, setting the footrests further back and higher up, adding that new front fairing, and the addition of Öhlins’ semi-active electronic suspension. Sitting on the bike reveals a sportier, more aggressive riding position, not quite as extreme as a full-on sportbike but kinda somewhere between the Daytona and Speed Triple RS. 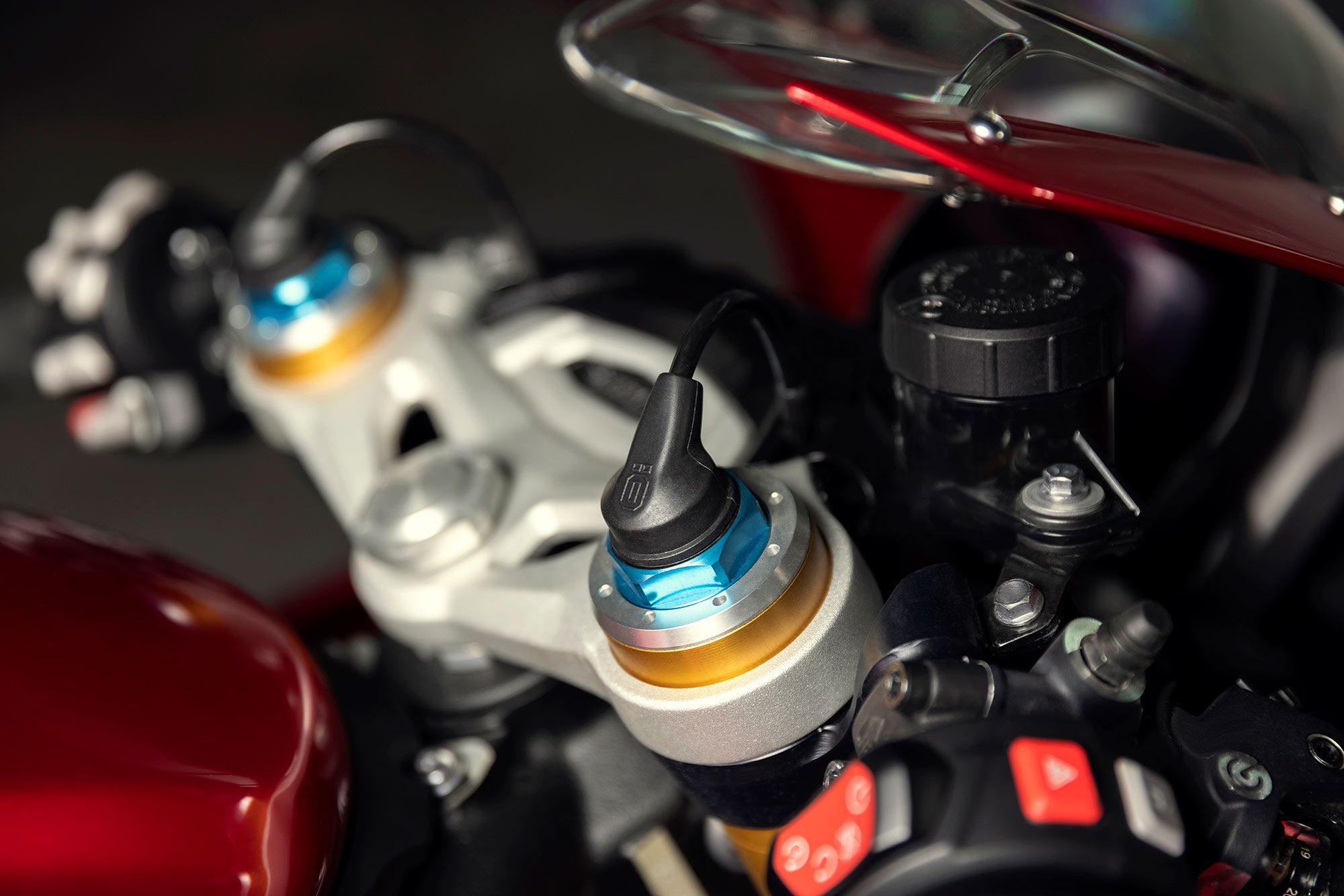 Front and rear Öhlins semi-active suspension on the RR are a step up from the Speed Triple RS’ manually adjustable units. (Triumph/)

After riding the RS on track, it’s something you can see a need for. The rearset pegs give you something to brace against when using that 180 hp motor to its fullest, and the low bars let you take a better, more natural midcorner position. The fairing also offers some wind protection, so if the looks don’t quite justify it, you can tentatively pull the practicality card.

The biggest change justifying the price increase to $20,950 (plus another $325 if you want the jazzy red paint) is that Öhlins electronic suspension. This allows Triumph to map the suspension settings with less compromise for a better riding experience on track and fast roads without conceding the comfort and smooth ride of the RS.

And despite the fairing and the electronic suspension components, the Speed Triple RR has only gained 2 pounds over the simpler RS model. Nobody likes a weight gain, but a kilo can be forgiven. But only because it looks so good. 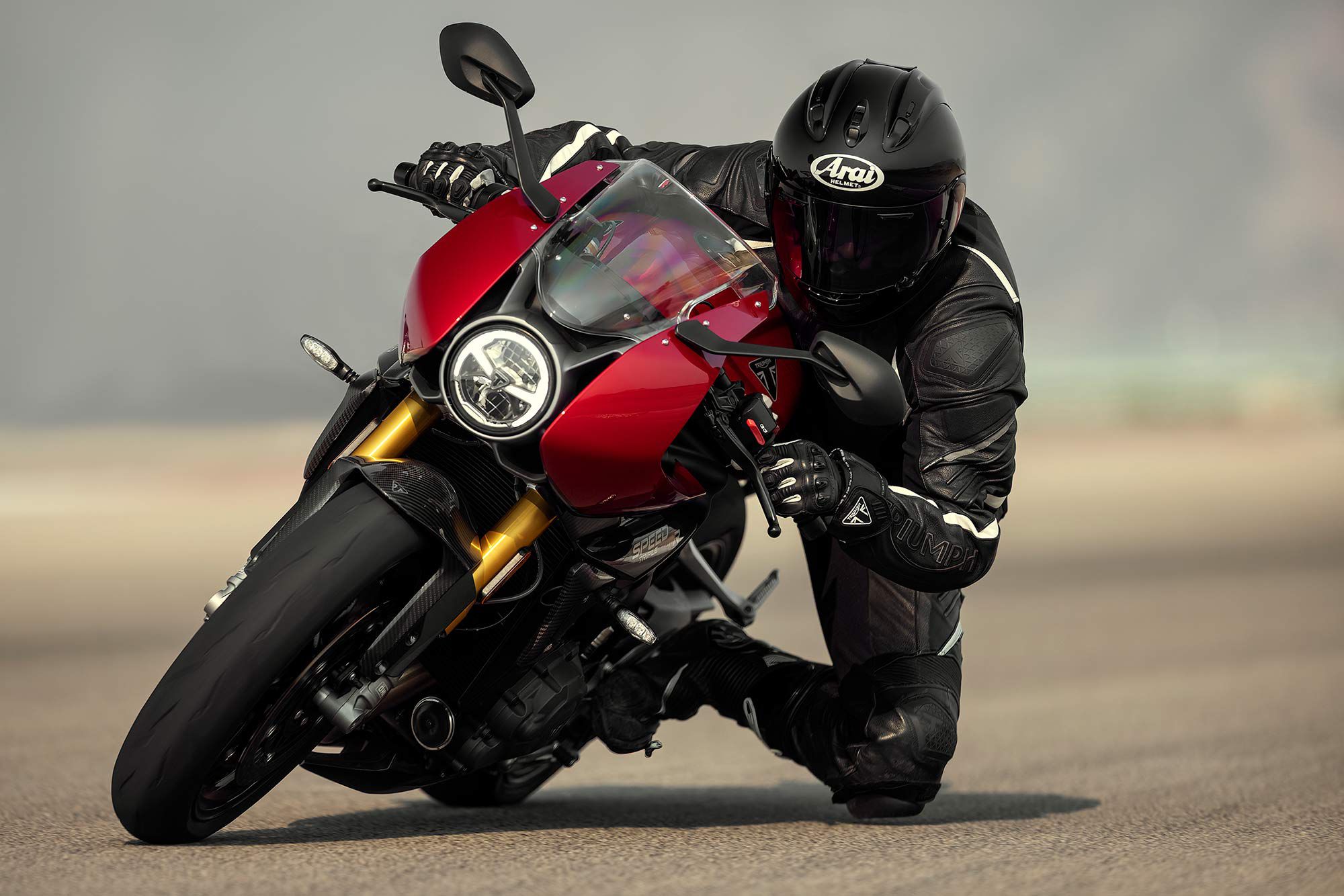 It may have gained a couple of pounds but the step up in style and components are worth the add. (Triumph/)

Triumph’s first double-R might not be a full-on hyper-sports weapon, but it’s a stunning take on a road sportbike. On first sitting, the riding position seems just about the right balance, but it’ll be a few weeks before we can get the thing rolling for a significant length of time to really see whether this new shape of Speed Triple is all benefits or whether anything’s been lost. Significantly, the technology and tunability of the electronic suspension sounds incredible on paper, but tires must be put to tarmac before we can make the call as to whether it’s worth the premium. Bikes are due in dealerships January 2022; if the 1200 RR rides as good as it looks, it just might be the perfect road bike. Stay tuned.