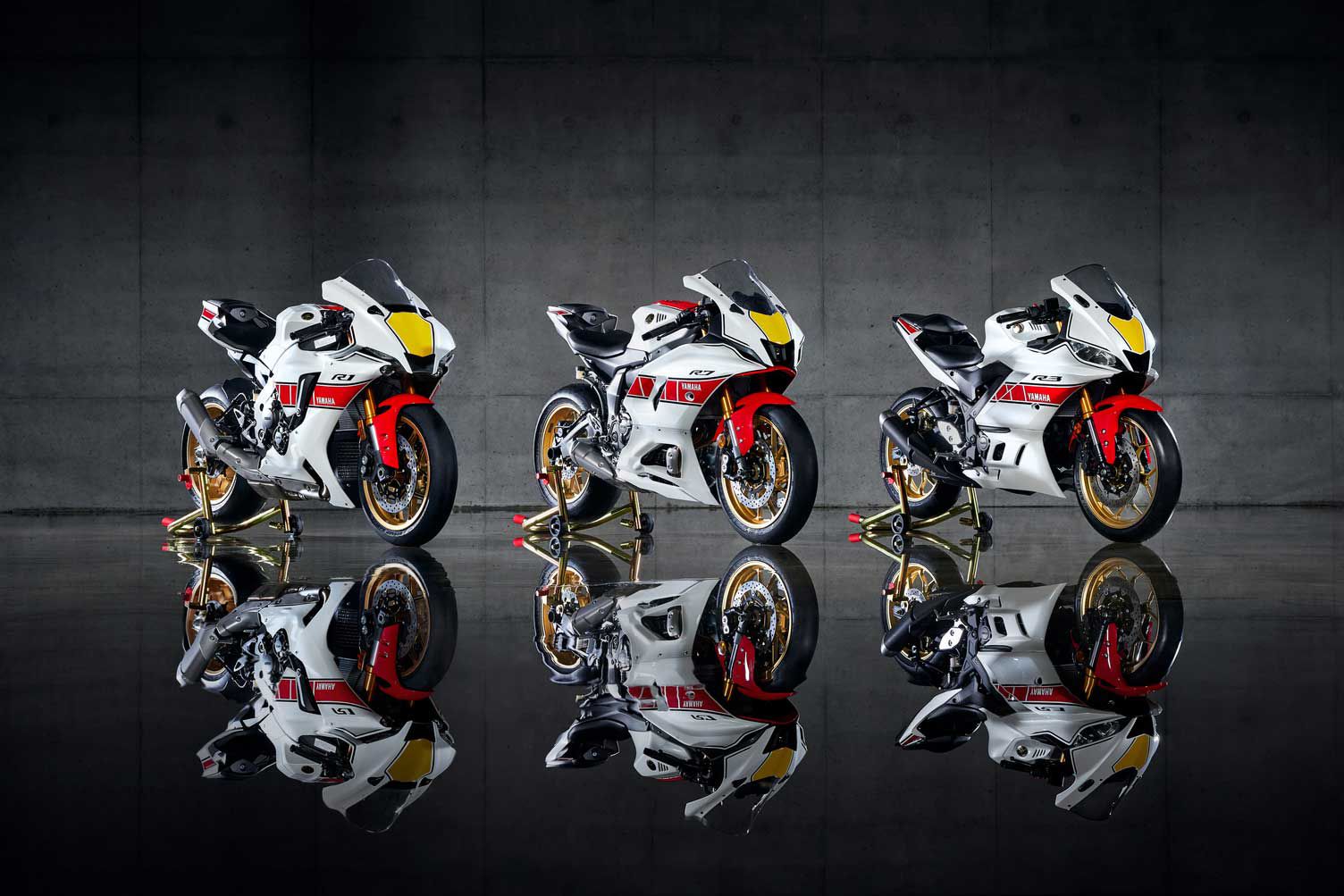 Cutting-edge technology or class-topping performance figures are the usual route to sales success in the supersport class, but in a market where bikes are bought from the heart as much as the head, sometimes a simple paint scheme can be all it takes to elevate one model above another. With that in mind, Yamaha’s 2022 60th Grand Prix Anniversary Supersport range looks like a recipe for success.

The Yamaha R1, R7, and R3 all get the traditional white Yamaha racing paint scheme with red “speed block” graphics, plus gold wheels, gold forks, black levers, and special badging on the airbox cover for a small premium over the price of the normal 2022 models. The cheapest way to get the look is with the $5,499 YZF-R3, which costs $200 more than the stock 2022 colors. The anniversary YZF-R7 is $9,299, a $300 premium over the standard model, and the YZF-R1 will set you back $18,099—$500 more than the normal bike. 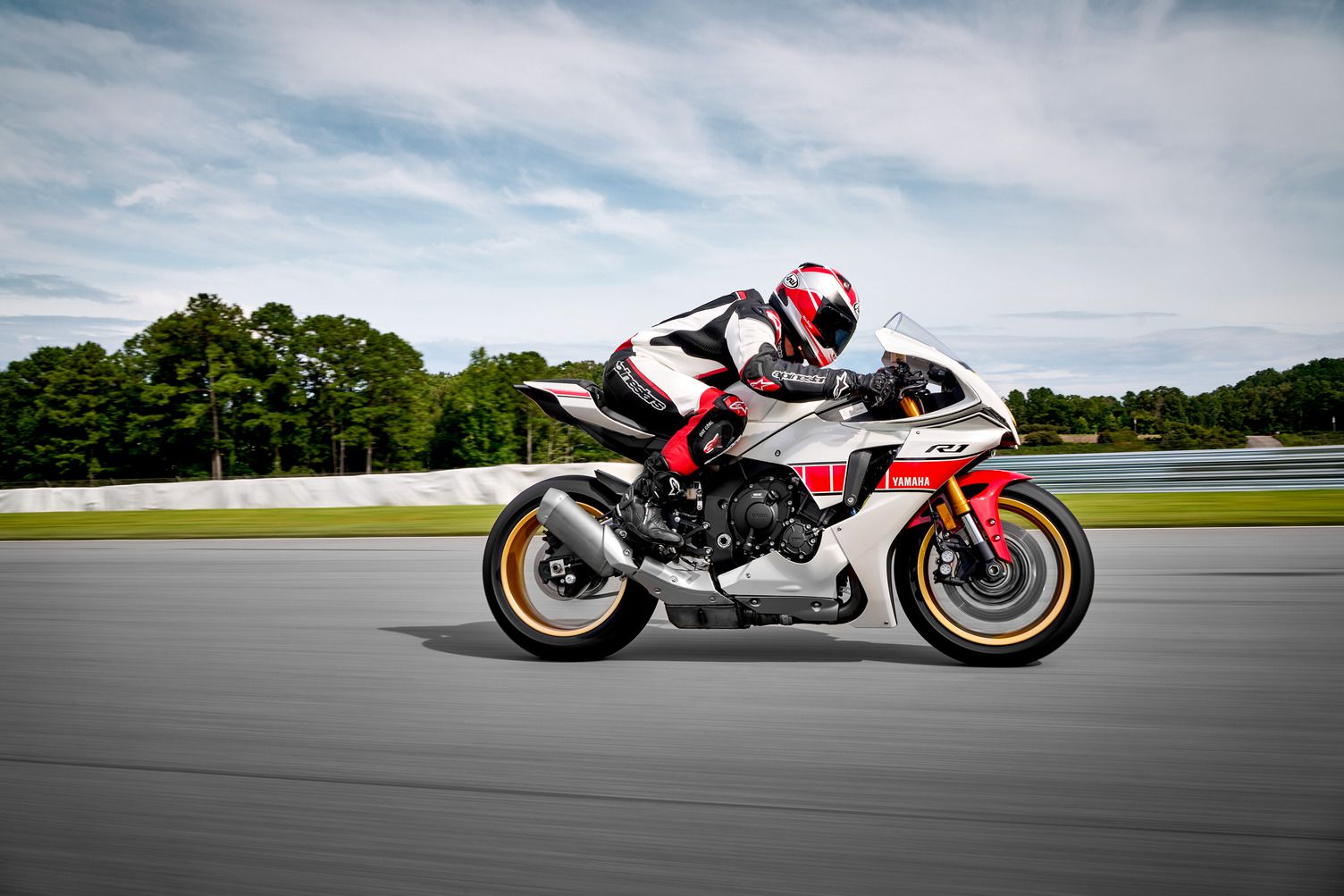 The YZF-R1 in the special-edition trim, which also includes gold wheels and fork and ID badging. (Yamaha Motor Corporation /)

Technically, there aren’t any updates, but the 60th Grand Prix Anniversary models are meant to celebrate six decades since Yamaha’s first world championship entry, which came in the 1961 French Grand Prix when the company entered the 250cc class with the RD48. The first win came two years later when Fumio Ito topped the 250cc podium in Belgium, and in 1964 Phil Read took the 250cc title aboard a Yamaha, while the firm also topped the constructors’ standings.

Yamaha now has 511 GP victories to its name, with a total of 38 riders’ titles and 37 constructors’ championships, and despite running in a host of different colors over the years to reflect various sponsors, the white and red paintwork adorning the Anniversary bikes is without a doubt the one the company is most closely linked with. The R1, R7, and R3 models also offer an updated Team Yamaha Blue color scheme for 2022 (pay no attention to the R1M on the left). (Yamaha Motor Corporation/)

Derek Brooks, Yamaha motorcycle product line manager, said: “Racing has always been in Yamaha’s DNA, as well as a cornerstone of motorcycle development. Nowhere is this fact more evident than with our R-series bikes, which have benefited from years of Grand Prix racing. Technology and designs have trickled down to our production Superbike and Supersport machines, making them dominant forces in MotoAmerica racing for so many years. That’s why we’re thrilled to give Yamaha enthusiasts the opportunity to own this piece of Yamaha racing history. These distinctive World GP 60th Anniversary editions are amazing to see in person with the instantly recognizable classic white and red Yamaha Racing livery and a range of other special detailing.” 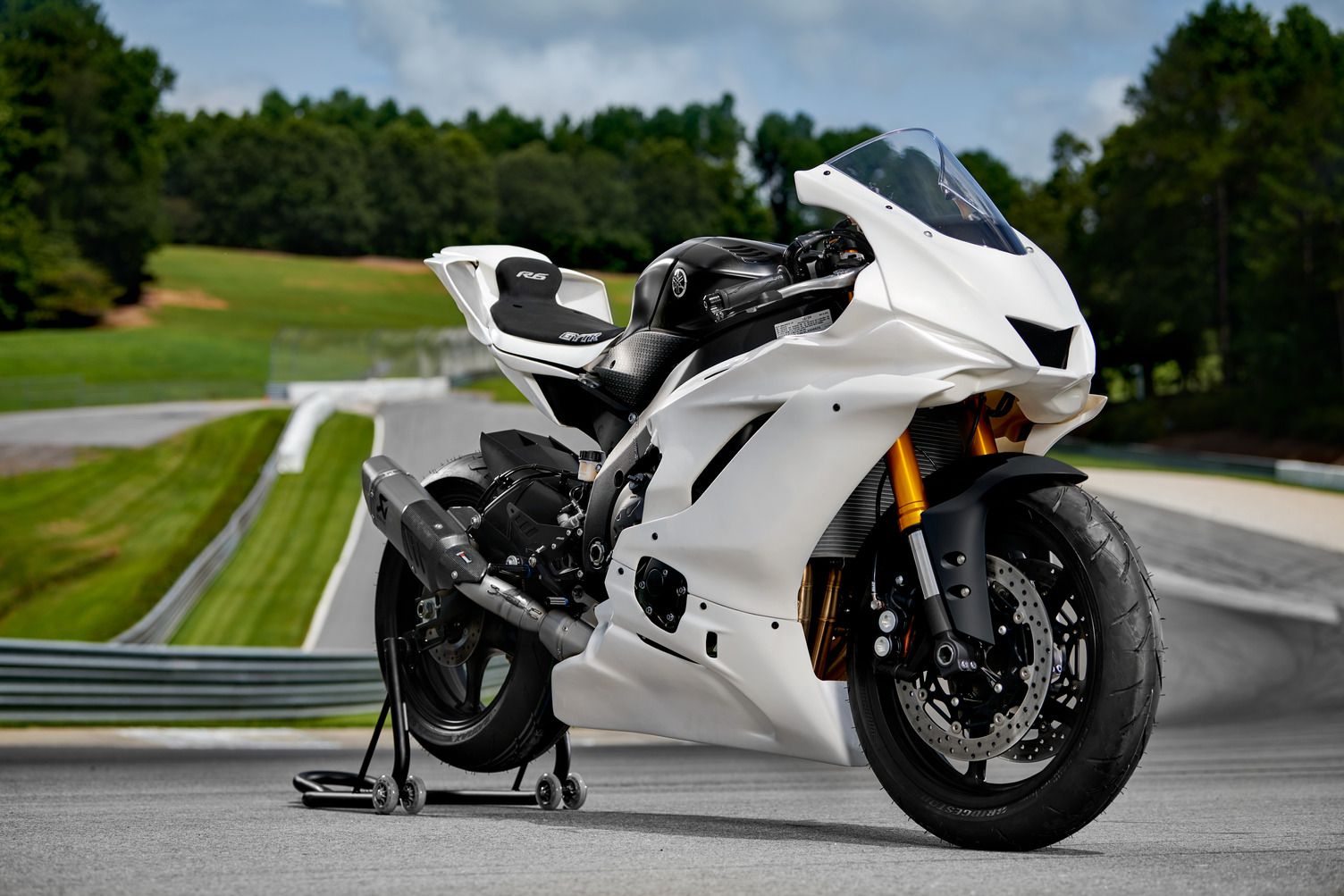 The R6 returns for 2022 as the track-only YZF-R6 GYTR, available in limited numbers. (Yamaha Motor Corporation/)

If those anniversary colors aren’t for you, the firm is offering the alternative of an updated Team Yamaha Blue across the standard R range in 2022, as well as a black option on each model. The only bikes not to get these schemes, and also missing out on the anniversary option, are the range-topping, $26,299 R1M—which comes in a new bare carbon scheme with just a small touch of blue, leaving the weave of the fairing and the aluminum of the fuel tank on display—and the YZF-R6, which is no longer a street-homologated model but returns for 2022 as the track-only YZF-R6 GYTR. 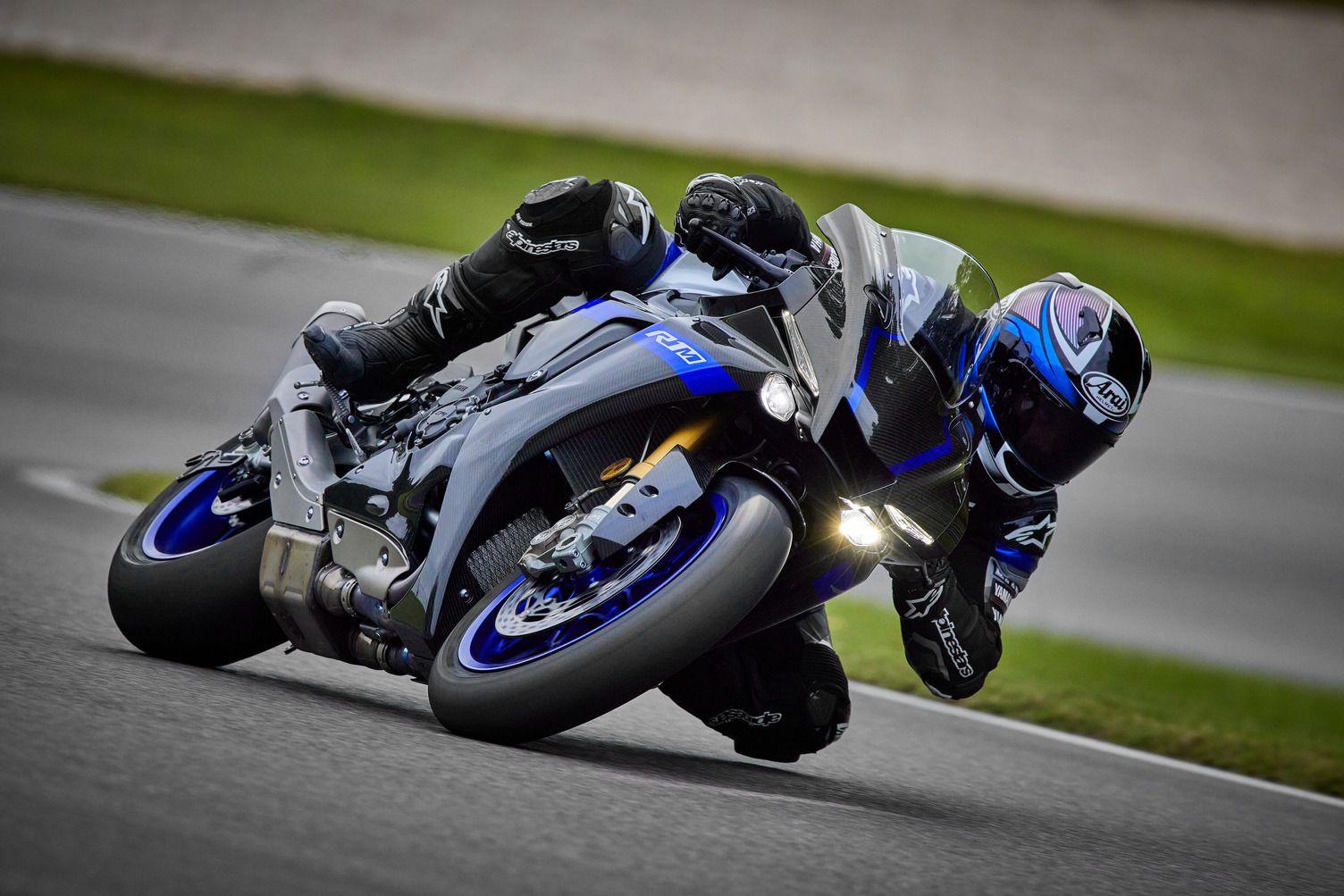 The first of the R models to arrive at dealerships will be the R1M, arriving November 2021. (Yamaha Motor Corporation/)

The R6 GYTR, which Yamaha says will be available in limited numbers, is effectively a race-spec machine, with bodywork that comes in bare primer so you can add your own livery. It also gets a single-seat tail unit, a GYTR ECU and wiring, an Akrapovič exhaust, 520 chain and sprocket, rearsets, a front brake lever guard, and a GYTR ABS emulator, fuel cap, and brake lines. It’s priced at $18,399 and while Yamaha hasn’t put a number on how many will be available when it reaches dealers in April, the firm recommends that interested customers looking for a racer or trackday bike get their deposits down sooner rather than later to secure one. There’s a shorter wait for the Anniversary R3, due in February 2022, and the R1M, which reaches dealers in January with the Anniversary R7 coming the same month. The Anniversary R1 is due soonest of all, reaching showrooms in November.