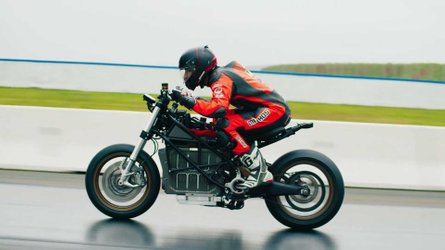 About seven months ago, Exro teamed up with Zero to develop new powertrain technologies for use in electric motorcycles.

It’s quite common to hear about engine tuning for fossil fuel-powered bikes, and there are a myriad of tuning options for you to take advantage of if you want to get a little more power out of your motor. For electric bikes, options are slim for now as the industry is still in the process of learning and developing tuning solutions. As such, this is a rather big milestone for electric motorcycles, which means that you could have some overhead should you get bored of the power output someday.

Exro Technologies’ Advanced Coil Drive powertrain uses a patented Dynamic Power Management (DPM) software that “controls electric motor coils through individual coil switching for optimal settings for each specific power needed. Exro’s DPM results in expanded speed/torque capability and improved machine efficiency across a wider operating range.” The system allows for the electric motor to have two torque settings, for use in the city and the highway, respectively. Exro’s tech plays with the power delivery of the motor, allowing for consistent torque delivery across a wider range of speeds.

What’s impressive about the modification is that the bike used in the tests conducted retained its original motor and battery. In essence, Exro just added its own special sauce by tuning the motor to deliver enhanced performance.