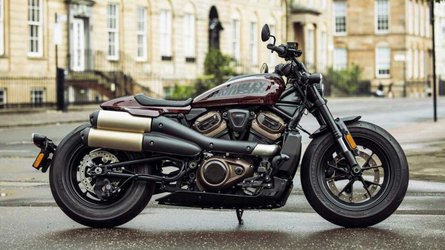 In April, 2021, the E.U. announced its plan to strip Harley-Davidson of its Binding Origin Information (BOI) credentials and impose a 56-percent tariff by June, 2021. Luckily, several motorcycle coalitions such as the European Association of Motorcycle Manufacturers (ACEM) and the United States Motorcycle Manufacturers Association (USMMA) rushed to the Motor Company’s side, forcing the E.U. to delay the tariffs until December, 2021.

With fall officially here and December only two months away, Harley’s grace period is almost up, but ACEM hasn’t given up the fight. While the Bar and Shield has become the poster child of the recent trans-Atlantic tariffs, the ongoing aluminum-steel trade dispute is the root of the issue. Imposed by former President Donald Trump, the aluminum and steel tariffs triggered several retaliatory measures by the E.U., including the planned 56-percent tax increase on Harley-Davidson.

While Harley has received the most coverage during the trade spat, all American motorcycle manufacturers that produce models over 500cc will also bear the burden of the tariffs if the E.U. and the U.S. don’t reach an agreement in time. Though the taxes would directly impact American companies, ACEM foresees the collateral damage that could affect European business. As a result, the organization is intensifying calls for a ceasefire in the aluminum-steel trade war.

“Many of our sectors rely on open trade flows with the US as part of their production processes in the E.U.,” stated ACEM in a September 28, 2021, press release. “For others, affected U.S. goods are an essential and integral part of their portfolios, allowing them to invest in E.U. production & distribution and create local jobs and growth in the E.U. in the process.

“We call on (E.U.) President (Ursula) von der Leyen, Vice-President (Valdis) Dombrovskis and E.U. leaders to intensify their efforts towards a comprehensive and speedy resolution of this dispute, in order to support our members in their post-COVID recovery efforts and to help boost & accelerate investment in the E.U.”

A recent Oxford Economics study found that the motorcycle industry accounts for €21.4B (≈ $25B USD) of GDP across Europe. On top of the direct profits, every Euro gained by motorcycles also generates €1.8 for supply industries. Of course, solving a trade dispute as vast as the aluminum-steel tariffs won’t be easy for U.S. President Joe Biden and E.U. President Ursula von der Leyen, but ACEM is making it clear that both sides have something to gain by cooperating with one another.

“Our organizations want to reiterate the critical importance of the transatlantic relationship for our sectors, the European economy & employment in Europe,” added ACEM. “We fully support the common goal to reach a fruitful solution & thereby remove all remaining punitive tariffs by the end of November. The removal of all remaining rebalancing tariffs and the commitment not to impose new tariffs would provide a welcome boost to our sectors, many of which have been hit hard by the COVID pandemic and related economic slowdown.”

Harley Pan America Too Expensive For You? Enter The Lifan KPT 400