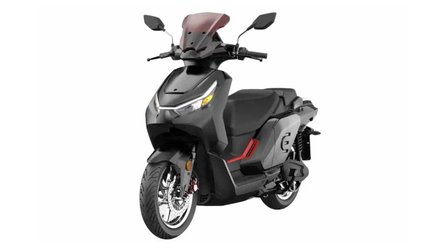 Outsourcing production to other countries is definitely a common industry practice. Even the world’s biggest motorcycle manufacturers make use of this strategy to drive down costs, maximize production capacity, and ultimately, sell their machines at competitive price points. However, some companies have chosen to do away with this for the sake of ensuring quality. One such company is RED Electric, a French electric two-wheeler manufacturer.

Founded in 2015, RED Electric initially outsourced the production of its scooters to Asia. Focused on the international market, the company wanted to minimize costs and maximize its production. It specialized in commercial electric mopeds for use in last-mile delivery. However, in 2020, the company decided to take a consumer-centric approach, and address the needs of individual commuters. It then came up with the Model E range of electric scooters.

Initially outsourced to Asia, the Model E range of scooters comes in three variants: the E50, E100, and E125, all of which correspond to their power outputs in comparison to internal-combustion scooters. Moving forward, RED Electric has made the move to pull out of the Asian market, and focus its efforts back home in France. The company recently announced that it would be entrusting the assembly of its Model E range of scooters to a company called Chastagner. Based in Pays de la Loire, the contract sees the new assembler producing 10,000 scooters per year out of its new 4,000 square-meter factory in Le Mans.

Following the announcement, RED Electric Deputy CEO Bertrand de La Tour d’Auvergene stated: “This is a major turning point for RED Electric. Assembling in France is an exciting challenge which involves the creation of numerous direct and indirect jobs. We are reviewing our entire Supply-Chain in the shortest possible way. Because, in our opinion, a French manufacturer can only be produced in France! We have recruited very high level skills for this – mostly from the automotive world.”

Following the move to relocate to France, RED Electric seeks to meet the growing demands of the French, as well as neighboring European markets for lightweight electric transport. This is especially relevant given the fact that a good number of European cities, Paris, in particular, have laid out strict timelines for the gradual phase-out of gasoline powered vehicles in the very near future.