Ducati has unveiled its electric racer for the Federation Internationale de Motocyclisme (FIM) MotoE World Cup to run alongside the MotoGP series.

The prototype bike took to the track for the first time at the Misano World Circuit Marco Simoncelli this week.

Fellow Italian motorcycle company Energica has been the sole supplier of bikes for the MotoE World Cup series since 2019.

It will be replaced by the Ducati in 2023 and it looks just as sporty and sexy!

The electric motorcycle prototype, code-named “V21L”, is the result of the joint work of the Ducati Corse team and the Ducati R&D engineers, led by Roberto Canè, Ducati eMobility Director.

“We are experiencing a truly extraordinary moment,” Roberto enthused.

“I find it hard to believe it is reality and still not a dream. The first electric Ducati on the track is exceptional not only for its uniqueness but also for the type of undertaking: challenging both for its performance objectives and for its extremely short timescales.

“Precisely for this reason, the work of the whole team dedicated to the project has been incredible and today’s result repays us for the efforts made in recent months. We are certainly not finished yet; indeed, we know that the road ahead is still very long, but in the meantime, we have laid a first important ‘brick’.”

The V21L was piloted on track by Michele Pirro, professional rider and Ducati test rider since 2013. 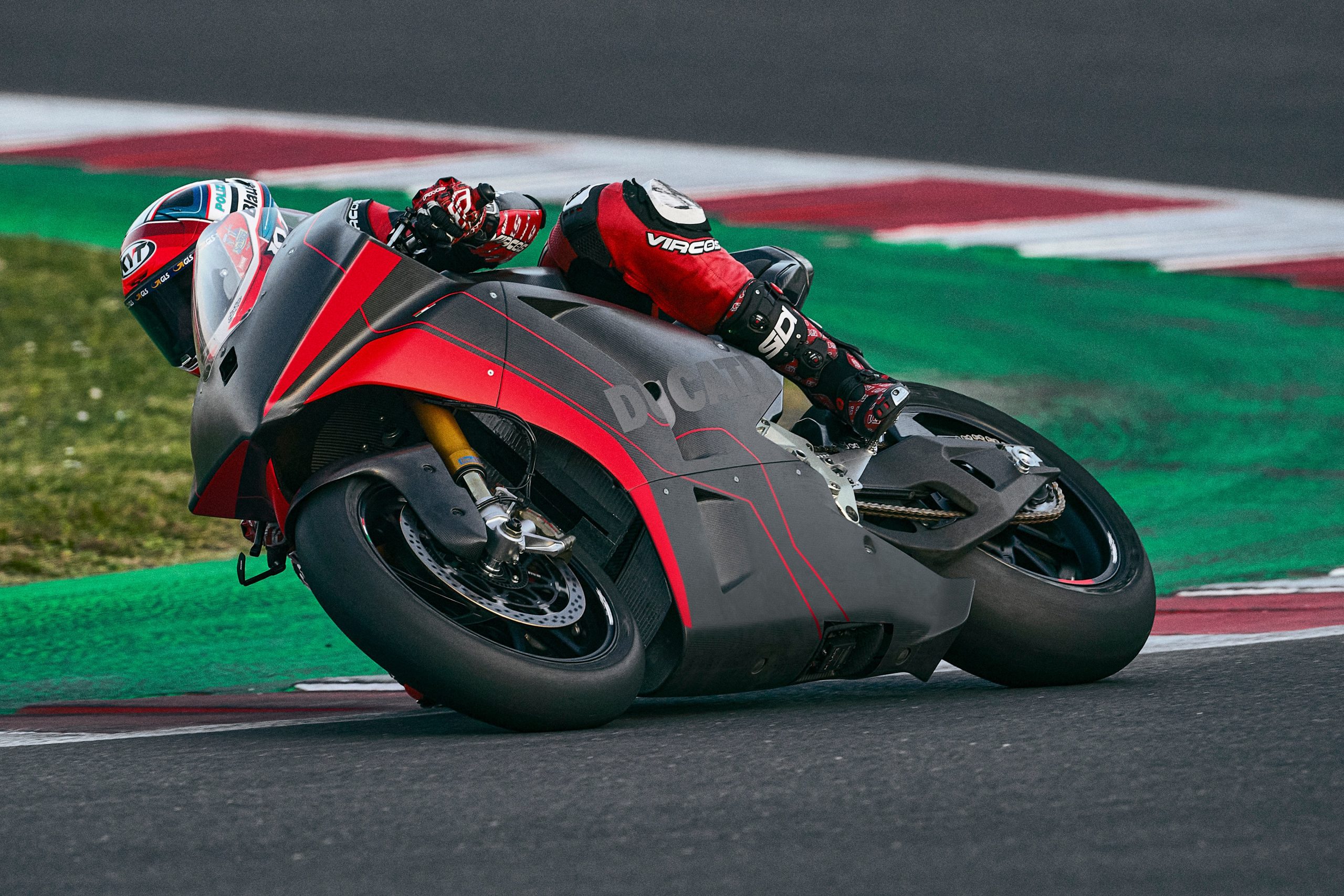 “Testing the MotoE prototype on the circuit was a great thrill, because it marks the beginning of an important chapter in Ducati history,” Michele says.

“The bike is light and already has a good balance. Furthermore, the throttle connection in the first opening phase and the ergonomics are very similar to those of a MotoGP bike. If it weren’t for the silence and for the fact that in this test, we decided to limit the power output to just 70% of performance, I could easily have imagined that I was riding my bike.”

The most important challenges in the development of an electric racing motorcycle remain related to the size, weight and range of the batteries.

Ducati is also not changing its aims of making high-performance and lightweight motorcycles. 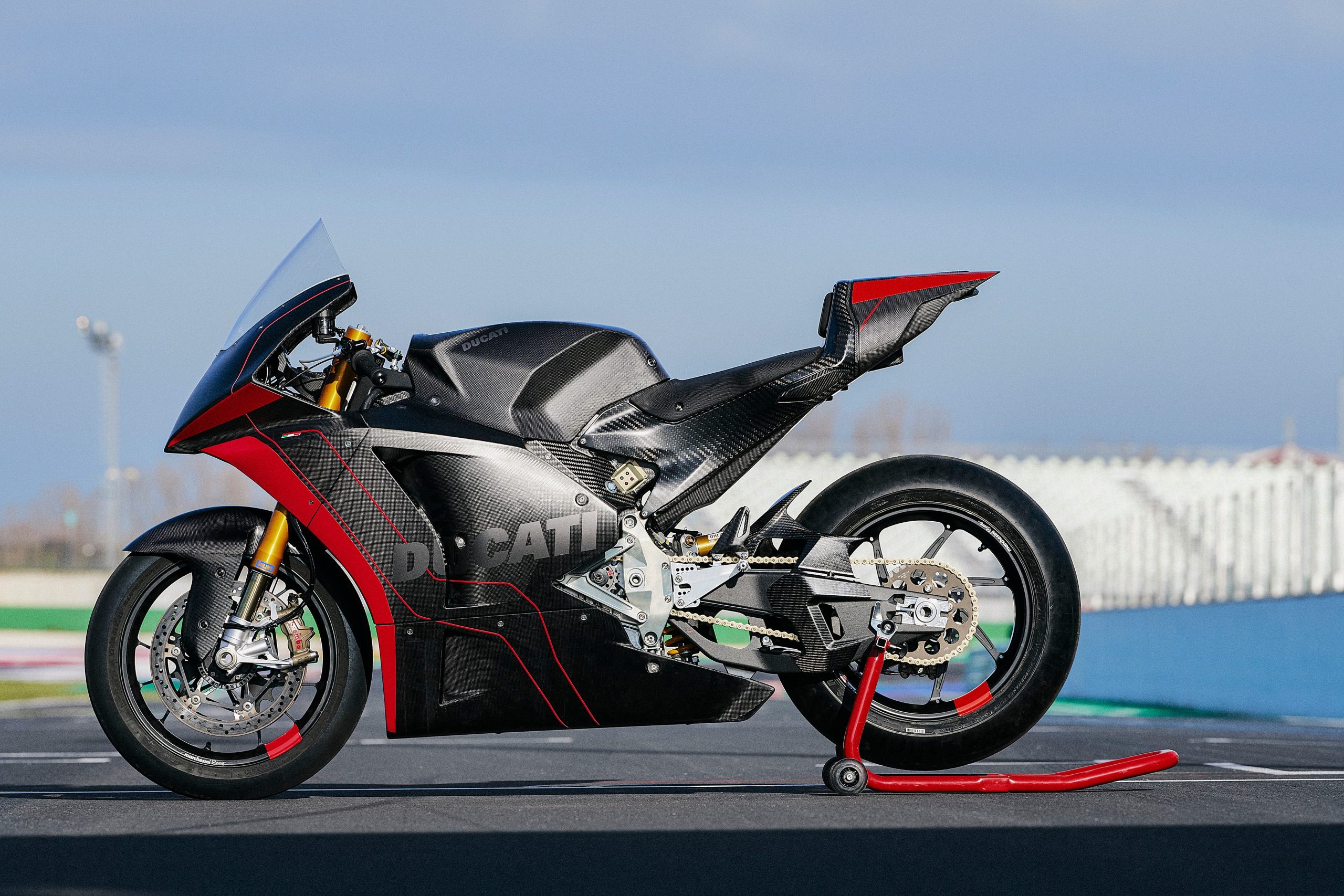 They say the focus of the MotoE project is to provide performance, light weight and consistency of power delivery during the race.

They hope to achieve this with an efficient cooling system.

The expertise they gain through the exercise will obviously trickle down to their future electric road and adventure bikes.

Fastway Base Layers Are Here To Warm Up Your Winter Rides