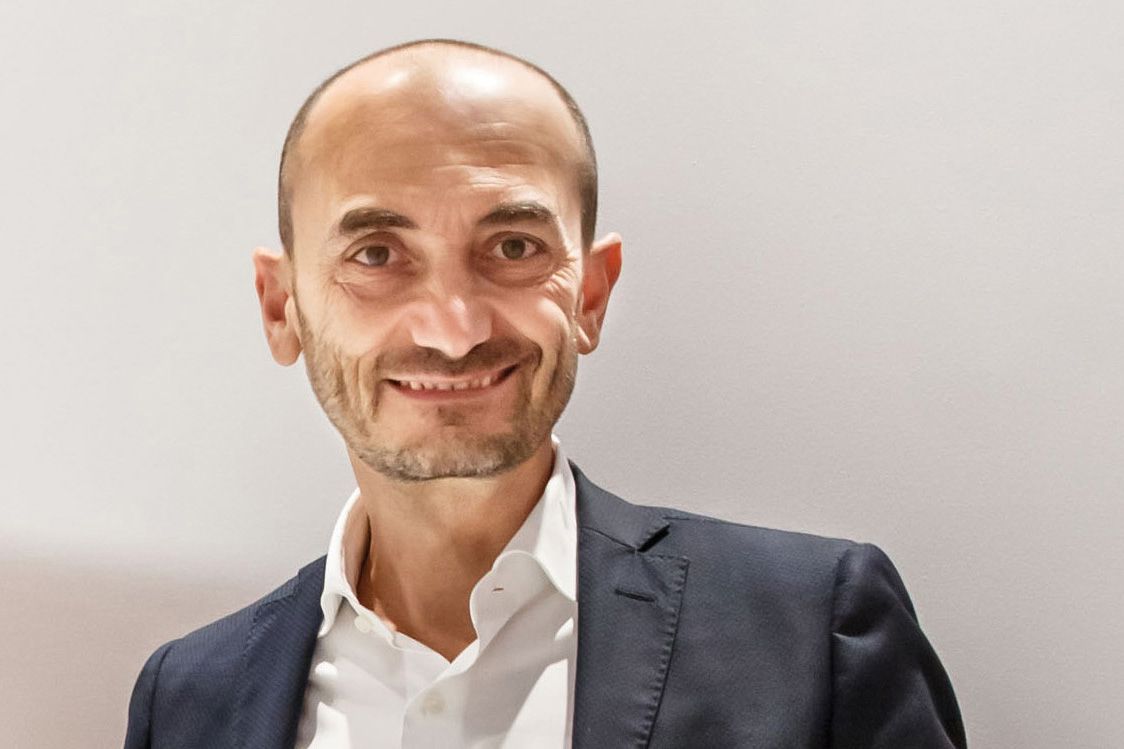 Ducati CEO Claudio Domenicali says MotoE will be important for electric motorcycle development, but the resulting production bikes will not be arriving anytime soon. (Ducati/)

Winglets, the rear spoon, and the holeshot device: since Ducati joined MotoGP, consistent technological research and innovation has been its game plan. As pioneers who also study the regulations to be sure they’re making the most of their two-wheeled potential, the Italian company’s racing innovations have been copied by the Japanese giants like Honda, Yamaha, and Suzuki. At Misano another announcement came through the MotoGP paddock: Ducati will be the single bike supplier for the FIM Enel MotoE World Cup from 2023 to 2026. A interesting and mildly shocking revelation, considering the manufacturer has remained aloof regarding the electric trend that is pervasive in the automotive industry and quickly growing in the motorcycle space.

Cycle World got a chance to talk with the boss of this historic decision, Ducati CEO Claudio Domenicali, on the eve of the GP of the Emilia Romagna, in which Ducati placed three bikes on the first row, with Pecco Bagnaia, Jack Miller, and Valentino Rossi’s brother Luca Marini.

With this historic agreement with Dorna, Ducati begins its electric era.

I think it’s a huge chance, because for the first time the supplier of the MotoE championship will be a manufacturer that has the technology to place three motorbikes on the first row in MotoGP. With this involvement we are sure that the MotoE will become something important.

Racing has always been the best laboratory for any R&D department.

We are interested in using MotoE as a laboratory to study and develop the technology. Technology of batteries, inverters, and the electric powertrain is evolving rapidly and we want to be on the front row to experiment, develop, and be ready when the true race will kick off.

In terms of lap times, today a MotoE is slower than a Moto3. With the arrival of Ducati, can we dream of a fast electric bike with similar performance to a MotoGP racebike?

It would be amazing, but we have to be realistic and keep our feet on the ground because we know that the technological challenges to build a competitive electric bike are still huge. Nevertheless, our target is to have a light and competitive machine.

Is the time ripe for the electric revolution on two wheels?

Ducati is always focused on the future, and every time it enters a new world, it does so to create the best-performing product possible. The agreement with Dorna, the MotoGP rights holder, comes at the right time for Ducati, which has been studying the situation of electric powertrains for years, because it will allow us to experiment in a well-known and controlled field like that of racing competition. Other manufacturers have already walked this path. At Ducati we have been thinking about it for a while. Now the time is right to study and prepare this transition.

Which are the key elements for the success of the electric era?

The technology of the batteries and the inverter, but also a capillary network of charger points across the country. We are used to finding a petrol station at every corner; the same should be possible for the recharging of electric vehicles. In this respect, in the south of Europe, for example, there is still a lot of work to do. In addition to a diffused network, the fast charge is another key point too.

Working on the future Ducati MotoE, did you start from scratch? 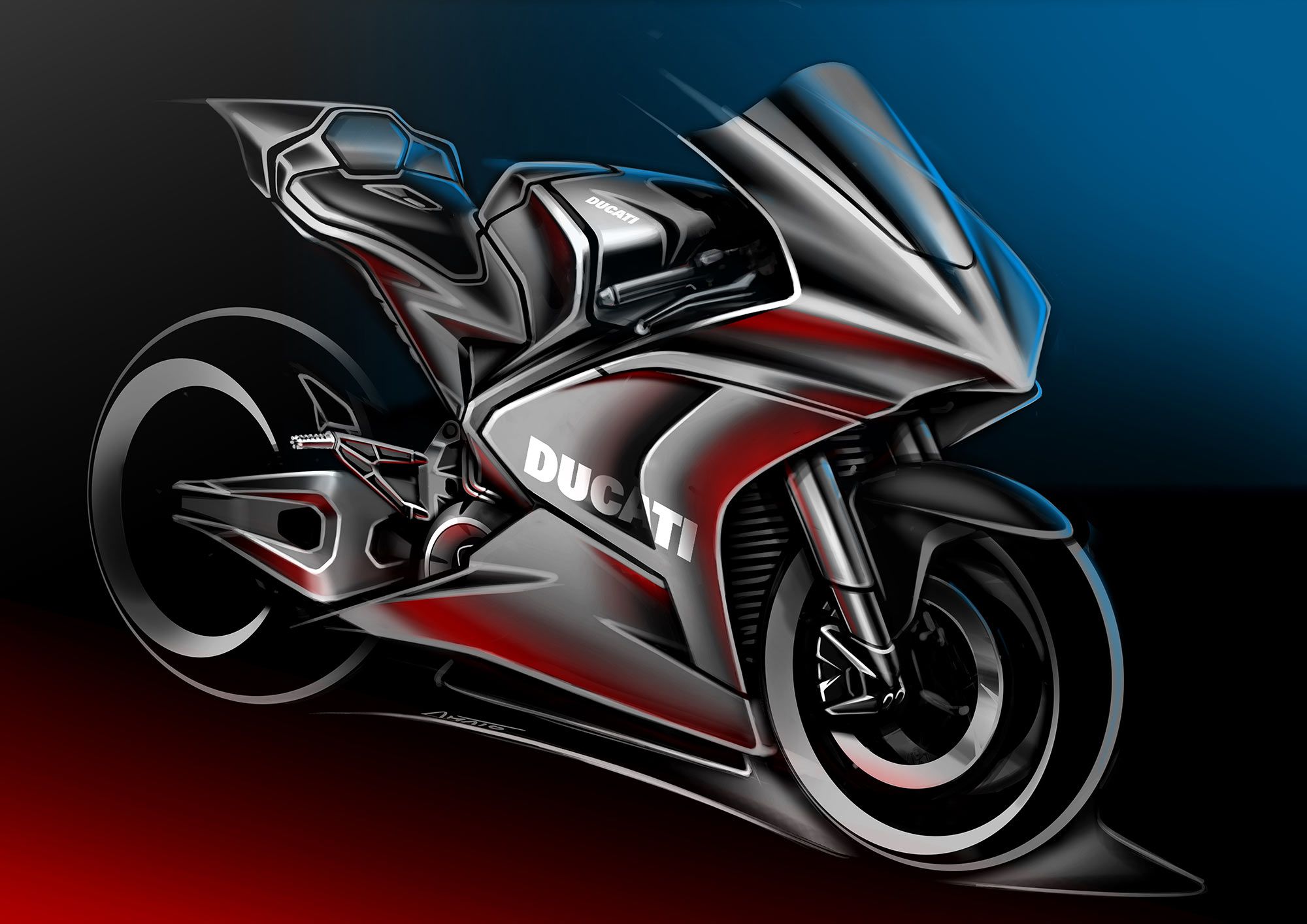 Ducati will be the motorcycle supplier for the MotoE series beginning in 2023. Bike development has already begun. (Ducati/)

What is the philosophy behind this project?

We want to build a racing bike and develop the technology. This doesn’t mean that we will necessarily do a replica of the racing bike. We could do a naked, for example. The target is to develop technology and know-how.

The weak points of the current ebikes at the moment are the weight, the range, and the recharge time. Speaking about the weight, Matteo Ferrari, the 2019 MotoE champion, confessed that the current bike is 100 kilos heavier than the Moto3 bike. What are your targets?

At this moment we don’t want to mention the technical specifications, but we have fixed our goals. We will work to make available to all participants of the FIM Enel MotoE World Cup bikes that are high-performance and characterized by lightness. It is precisely on weight, a fundamental element of sportbikes, that the greatest challenge will be played out. Lightness has always been in Ducati’s DNA, and thanks to the technology and chemistry of the batteries, which is evolving rapidly, we are convinced that we can obtain an excellent result.

What about the range?

With Dorna we have defined the length of the race, with a reduced number of laps compared to a MotoGP or a Moto2 race in order to keep an eye on the weight. Increasing the number of laps would mean to increase the weight.

What about the chassis? Would you use aluminum?

We have clear ideas, but we don’t want to reveal any technical details in this phase.

Will the bike be developed in Borgo Panigale?

How important is it to be part of the Audi Group?

Certainly this is a huge advantage, because we have direct access to the latest technology and innovation developed in the automotive industry, which is far ahead. In particular, our engineers communicate directly with Salzgitter, the center of excellence of the Volkswagen Group. The VW Group also participates in QuantumScape, an American company that is developing solid-state batteries, which is another technology. We are in contact with Porsche and Lamborghini.

When will we see the first electric Ducati able to make the Ducatisti fall in love?

With the current technology this is not possible. If we were to build an electric bike today, we would need to sacrifice some of the values of our product, like the sporting character and the lightness. Or we could do a light sportbike but with a very reduced range. So the idea is to start experimenting.

When will we see the first production Ducati electric bike?

The idea is to transfer experience gained in the world of racing to production bikes, but to see the first Ducati electric bike with the characteristics we want, I think we have to wait some years. Let’s say between 2025–2030, but more toward 2030, because we know that lithium technology is evolving quickly.

When will we see the shakedown of the first MotoE bike?

The project has started and the process is quite fast. I assume we will see the first bikes on track for the first test in a few months.

Finally, is the future electric for Mr. Domenicali?

It is possible, but it is not certain that the fuel engine has no future. Both solutions could cohabit in different fields. I also believe in the potential of synthetic carbon fuel. Carbon neutrality is the future; we should find the solution because we need to give our contribution to reduced CO2 emissions. I think we can do it in different ways; electrification can be an answer to some needs and some kinds of vehicles, but it may not be the answer for everything.

If we look at Porsche’s road map for the future, they will have 80 percent electric vehicles and 20 percent with synthetic fuel. Trucks are studying hydrogen. Let’s see what will happen for the bikes; sportbikes could be powered by one type of fuel, while the touring ones could be hybrid.