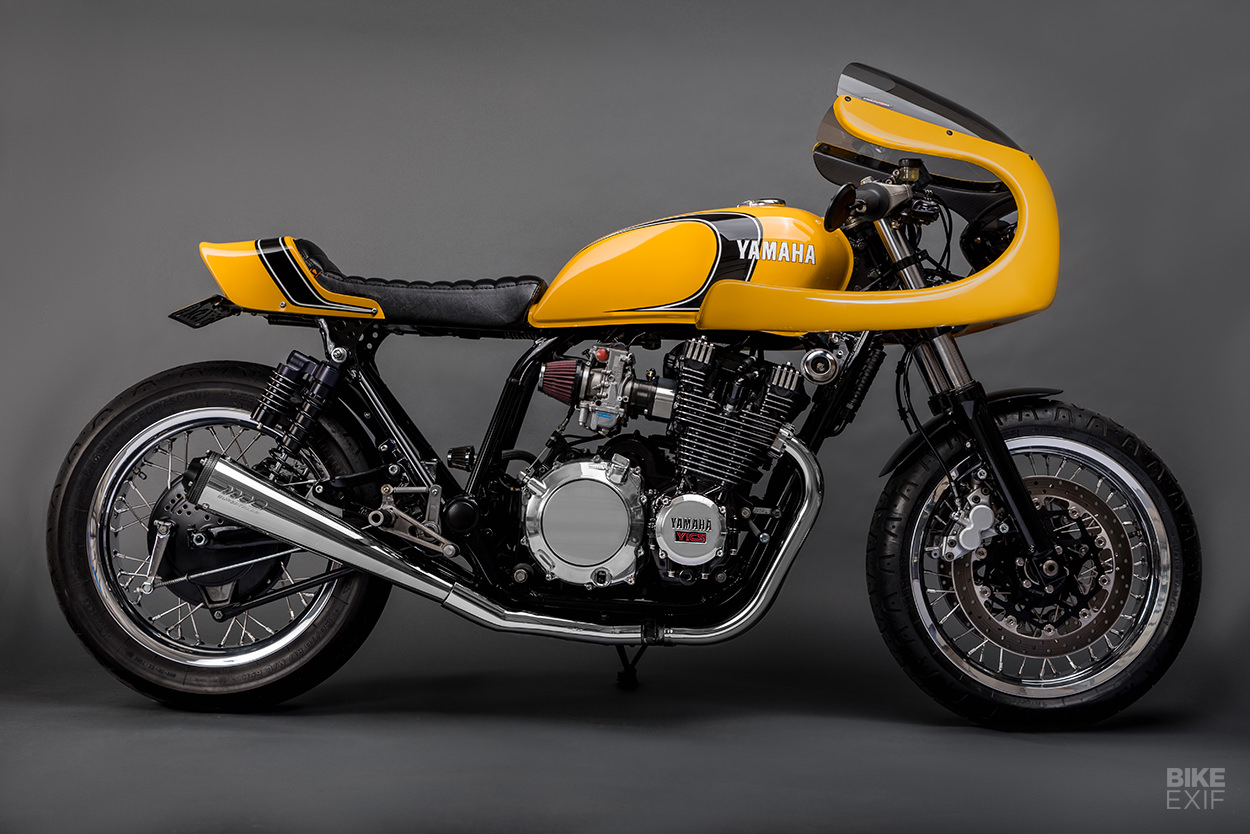 The big Seca is one of those bikes that should have been a hit, but missed the mark with buyers. After just a year on the market in the US, Yamaha withdrew it from the showrooms—despite a slew of positive reviews.

Intense competition from other Japanese makers, the arrival of the FJ1100 and consumer distrust of shaft drive were the primary causes of the Seca’s downfall, but the big XJ is now regarded as an under-appreciated classic. 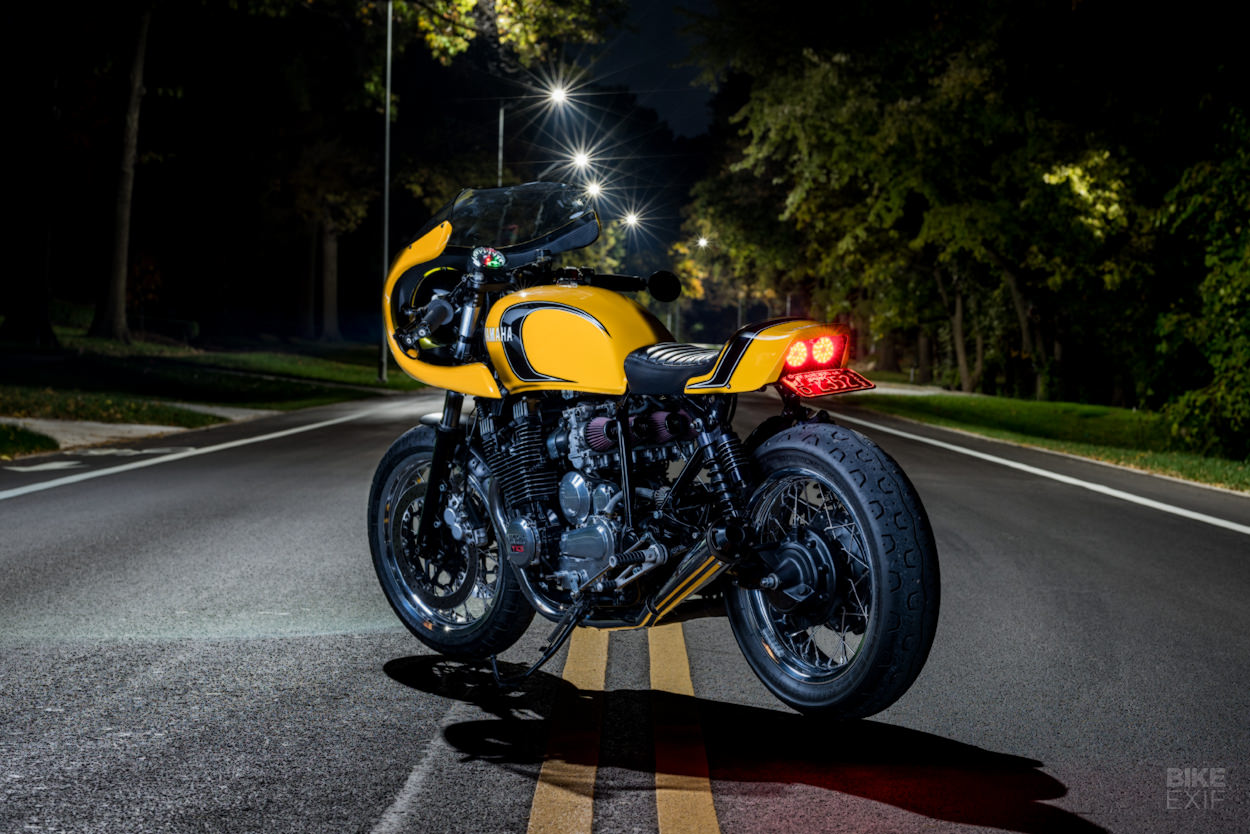 Motorcycle collector Mike Martens is a fan of the XJ900, and in 2015 he tapped top builder Greg Hageman to transform his Seca into a café racer.

“I’m back with that beauty again, as Greg has just reworked the bike,” says Mike. “The inspiration for the refresh was a carbon fiber fairing left over from a busted project.” 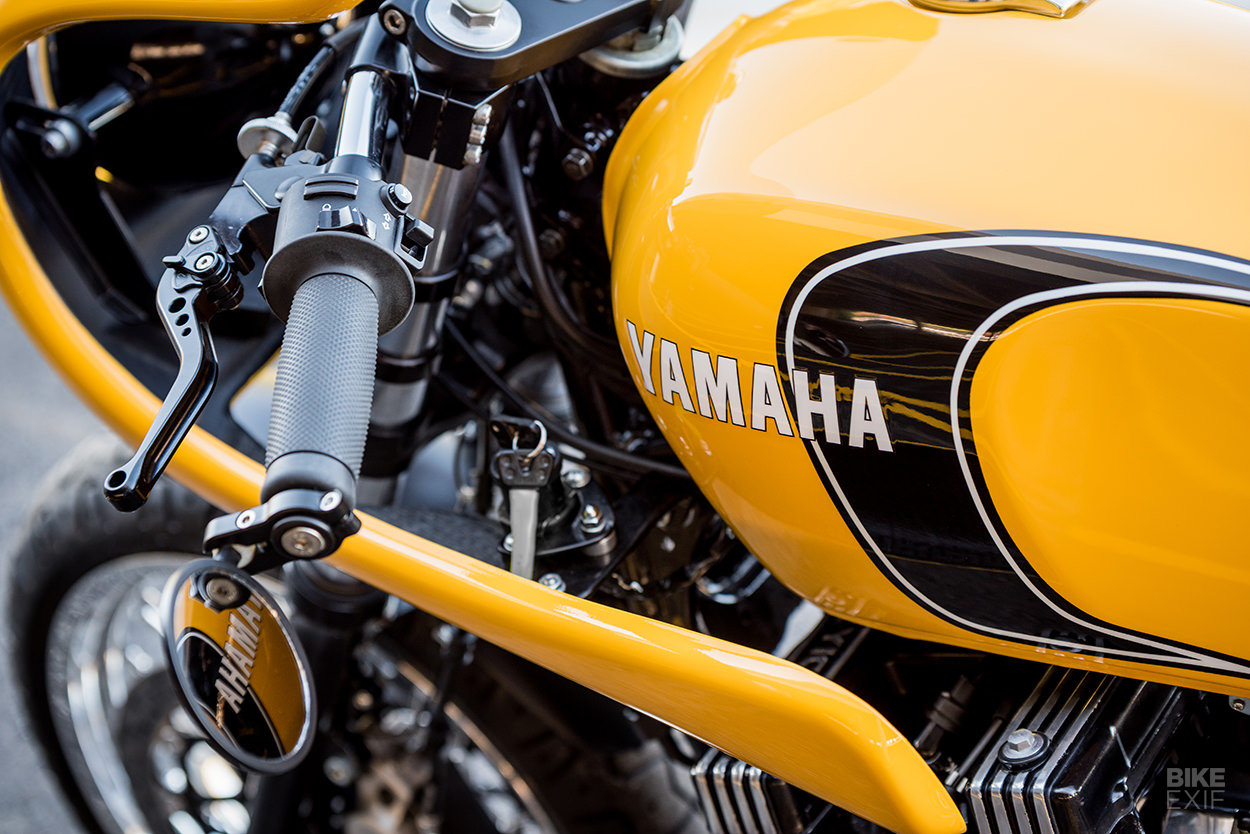 If you’re a long-time reader of EXIF, you’ll know Greg. He’s been a regular on our pages for ten years now, going back to his days at Doc’s Chops—and this Yammie proves that he’s lost none of his skills.

“We did catch some eBay luck along the way,” Mike says. “The Seca originally had a small fairing mounted to the bars. Yamaha later offered a ‘high speed’ fixed fairing, and I found a new-in-box version online.” 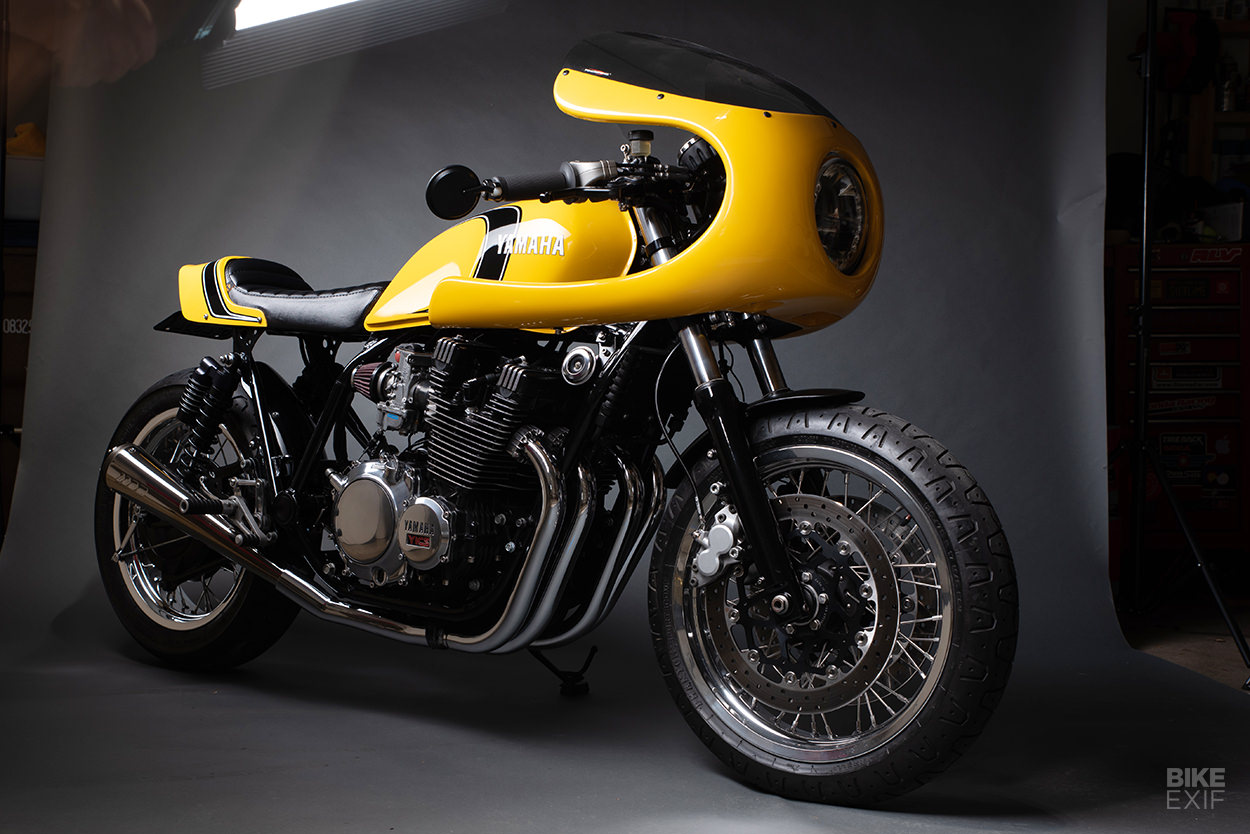 Greg took the bracketry from the Yamaha kit, and adapted it to suit Greg’s carbon fiber Powerbronze fairing. “And BOOM! The look of the bike was completely changed,” says Mike.

There was nothing wrong with the handling of the Seca, but this one gets a boost via new forks—lifted from a late 80s FZR1000 sportbike, and outfitted with RaceTech springs and emulators. 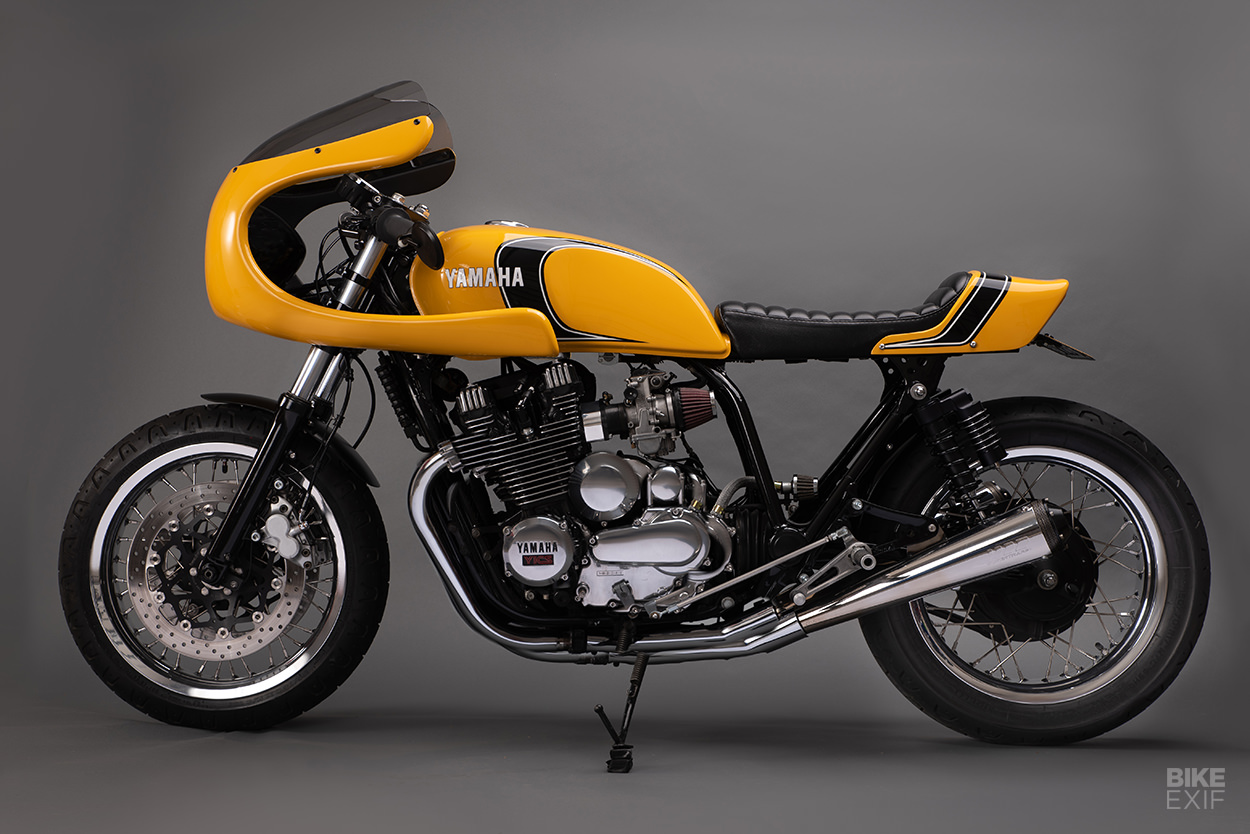 The Seca also wears two 320mm Brembo discs up front, and a pair of piggyback shocks from Works Performance are bolted up to the short custom subframe. 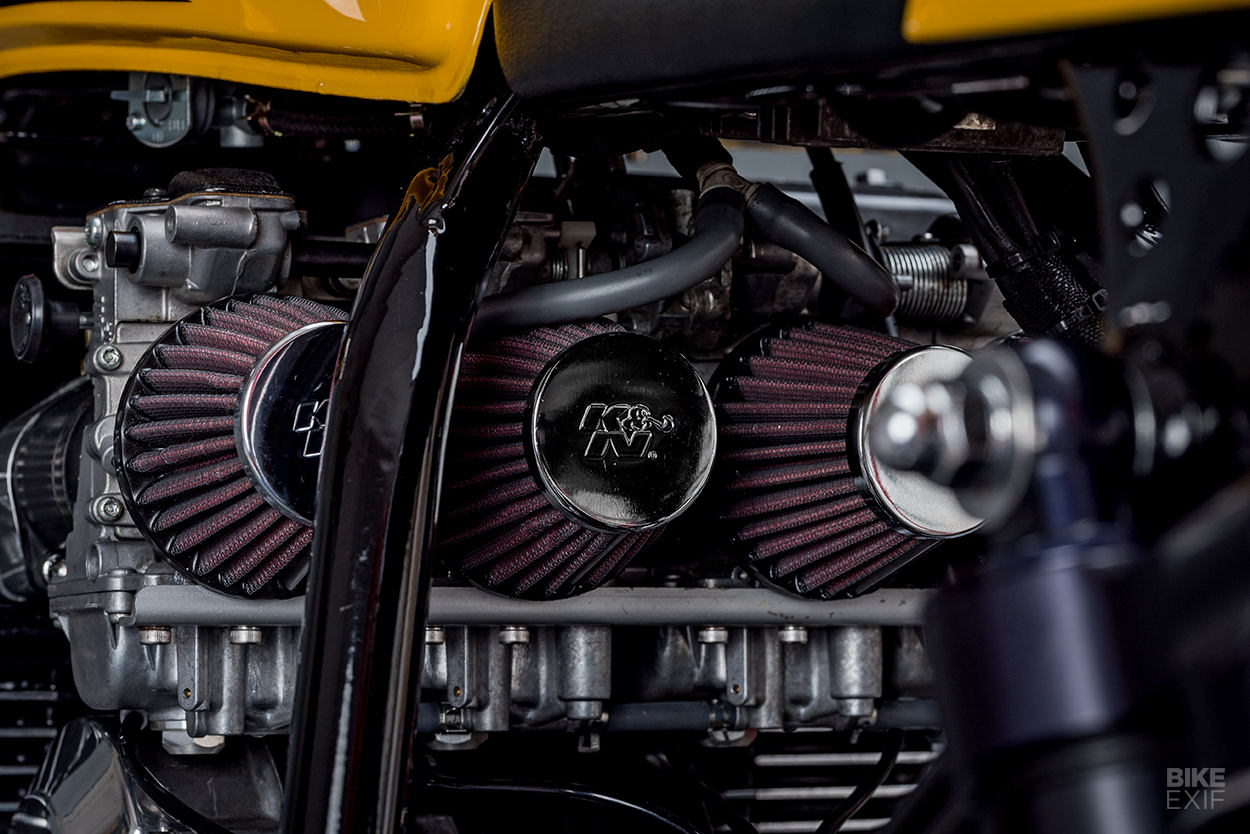 The CV carbs are gone, in favor of Mikuni flat slides and K&N filters. “This made a tremendous difference to the character of the engine, adding more violence to the top-third of the rev range,” says Mike.

A pair of SuperTrapp open-cap mufflers terminate the stock head and mid pipes, and we’re betting that output is somewhat higher than the original 97 hp. 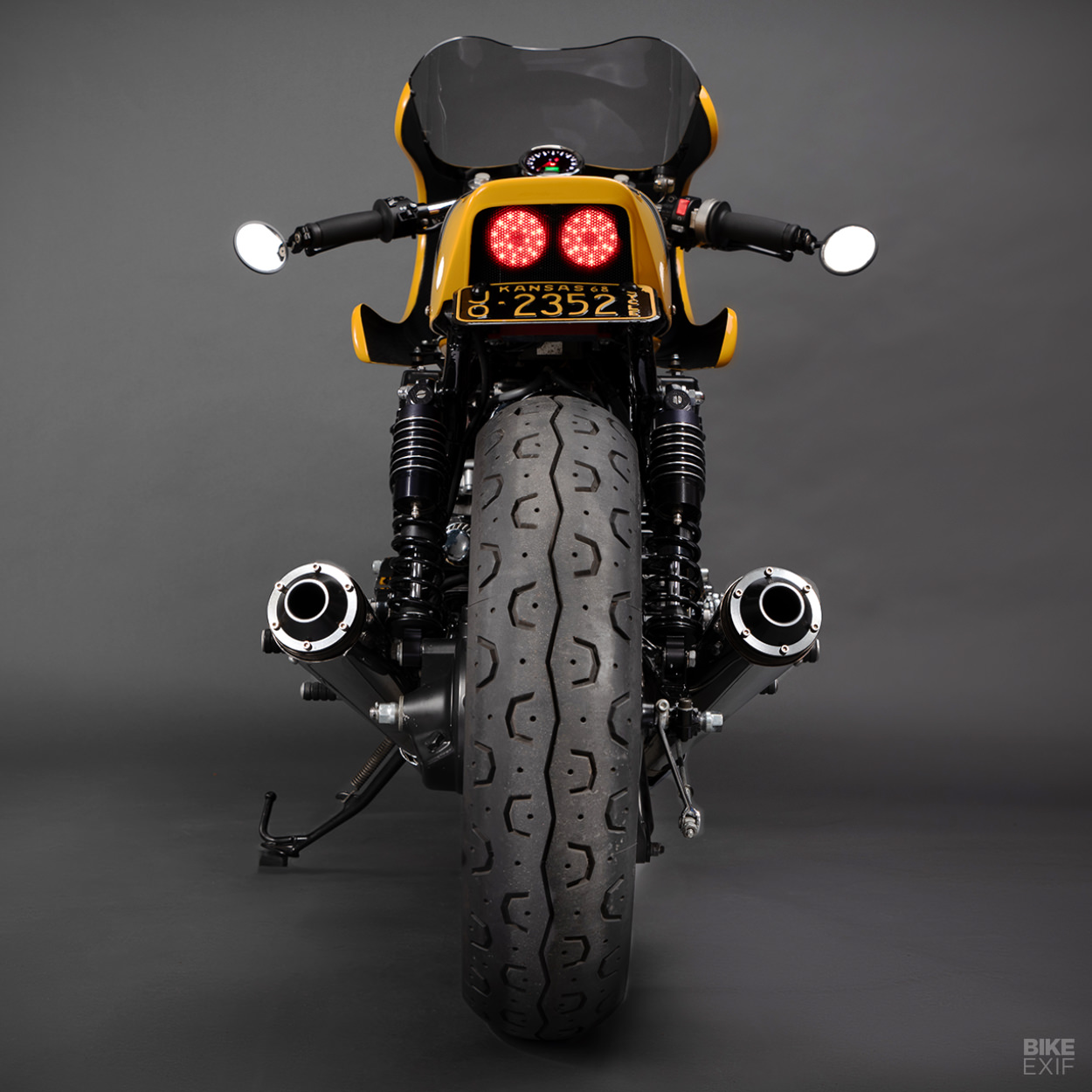 Greg has added a compact ‘ducktail’ cowl to match the new fairing, with a pair of bright LEDs hiding behind black mesh. The seat is a classic tuck-and-roll job in marine vinyl, handled by TuffSide.

Greg also paid attention to the electrics, installing a new CDI and aftermarket coils to bring the ignition system into the 21st century. 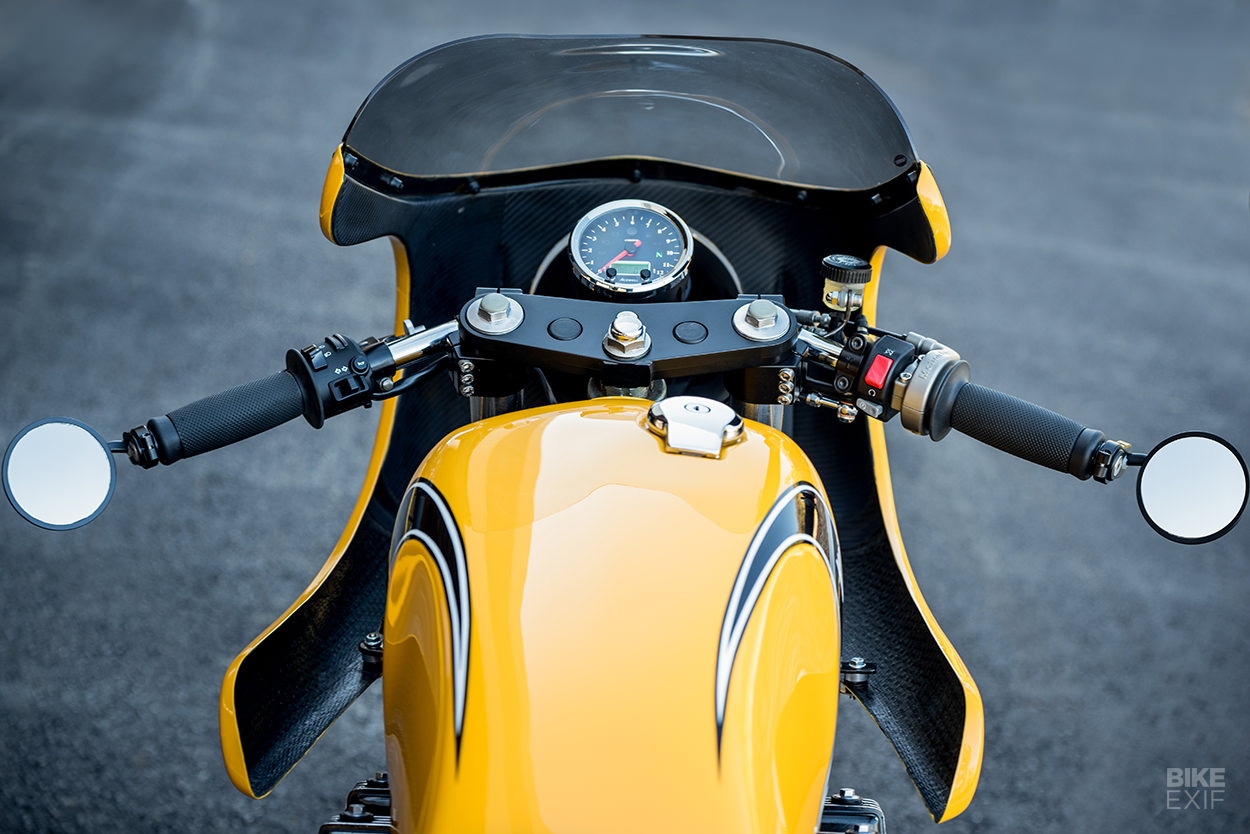 The other ancillaries are hooked up to a Bluetooth-enabled Motogadget m.unit, including a classic Acewell CA-085 tachometer, Yamaha MT-07 switchgear, and a Bikemaster headlight with integrated turn signals.

The first version of this build was finished in predominately white paint, but Mike decided it was time to switch things up. “We changed to yellow, so I would no longer have two white bikes!” he reveals. “Because I still have the white XV920 you put in the Bike EXIF calendar about ten years ago.” 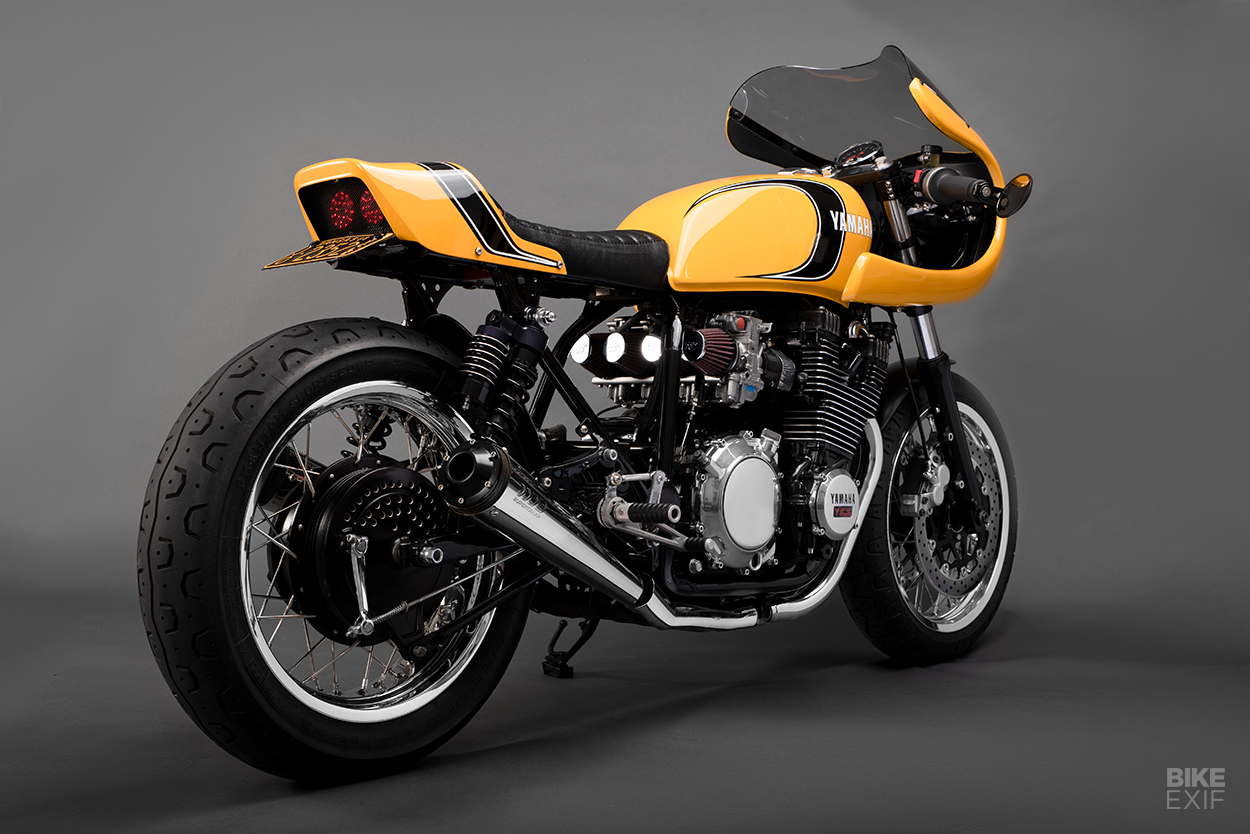 Shot by Moe Colors in Tampa, the paint is perfect for the bike and its era. And thank goodness for guys like Greg and Mike, who are happy to revisit and rebuild customs, rather than consigning them to an uncertain fate on eBay or Craigslist. 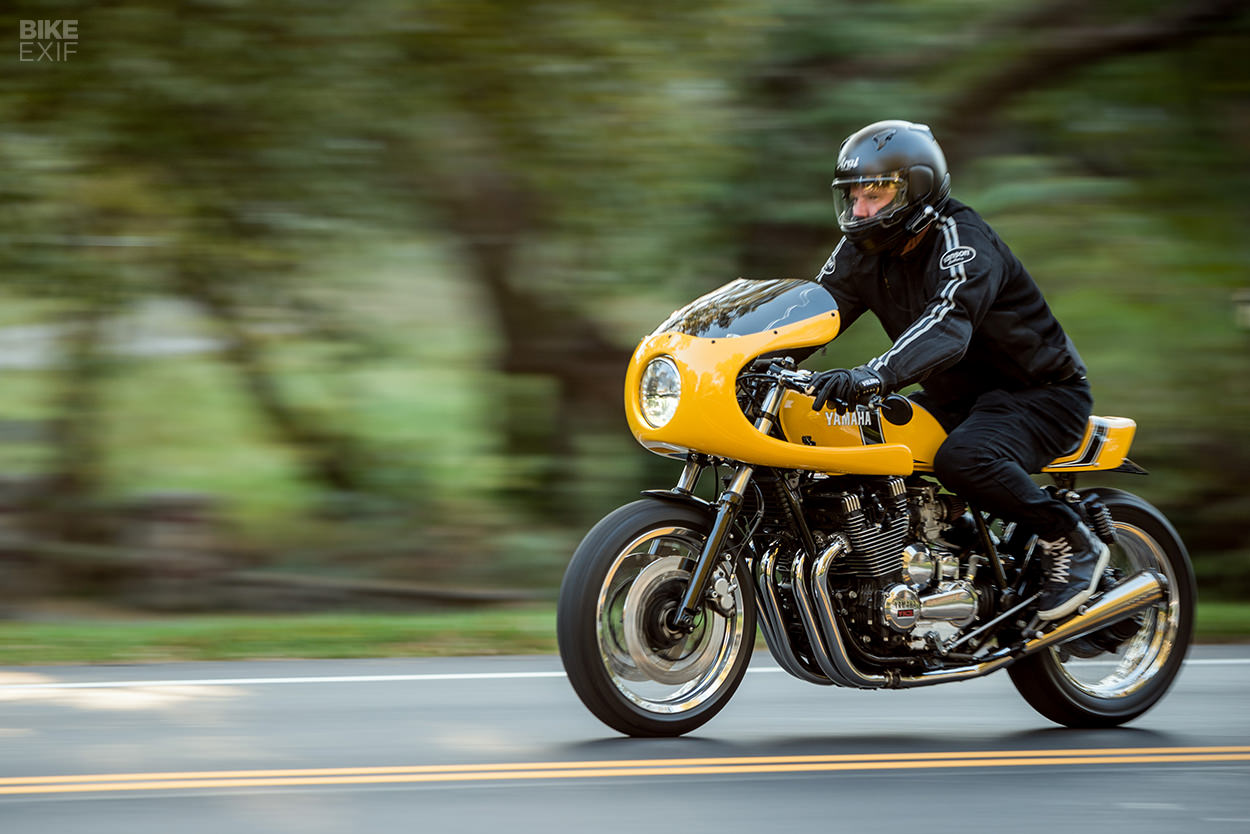