However, digital designer Kar Lee wanted the Bavarians to lavish the same kind of attention on the S 1000 R naked bike. While we still haven’t seen a BMW M 1000 R roll out of Munich, Kardesign Koncepts visualizes what a carbon-clad Beemer naked bike could look like.

Lee retains much of the same bodywork found on the 2021 S 1000 R, including the belly spoiler, side panels, and tail section, but in M fashion, he adds a touch of carbon fiber to the fuel tank. The most drastic visual departure from the current model is the RR-inspired headlight and fascia. The front fairing’s proportions may be smaller than its sportbike counterpart, but the redesigned headlight upgrades an outdated component of the S 1000 R.

Aside from the cosmetic updates, Kardesign Koncepts also adopts the M 1000 RR’s carbon fiber wheels and up-spec M braking system. However, Kar Lee keeps the front axial master cylinder, which would undermine the premium braking system’s performance. On the other hand, winglets on each side of the naked bike align with contemporary superbike design. 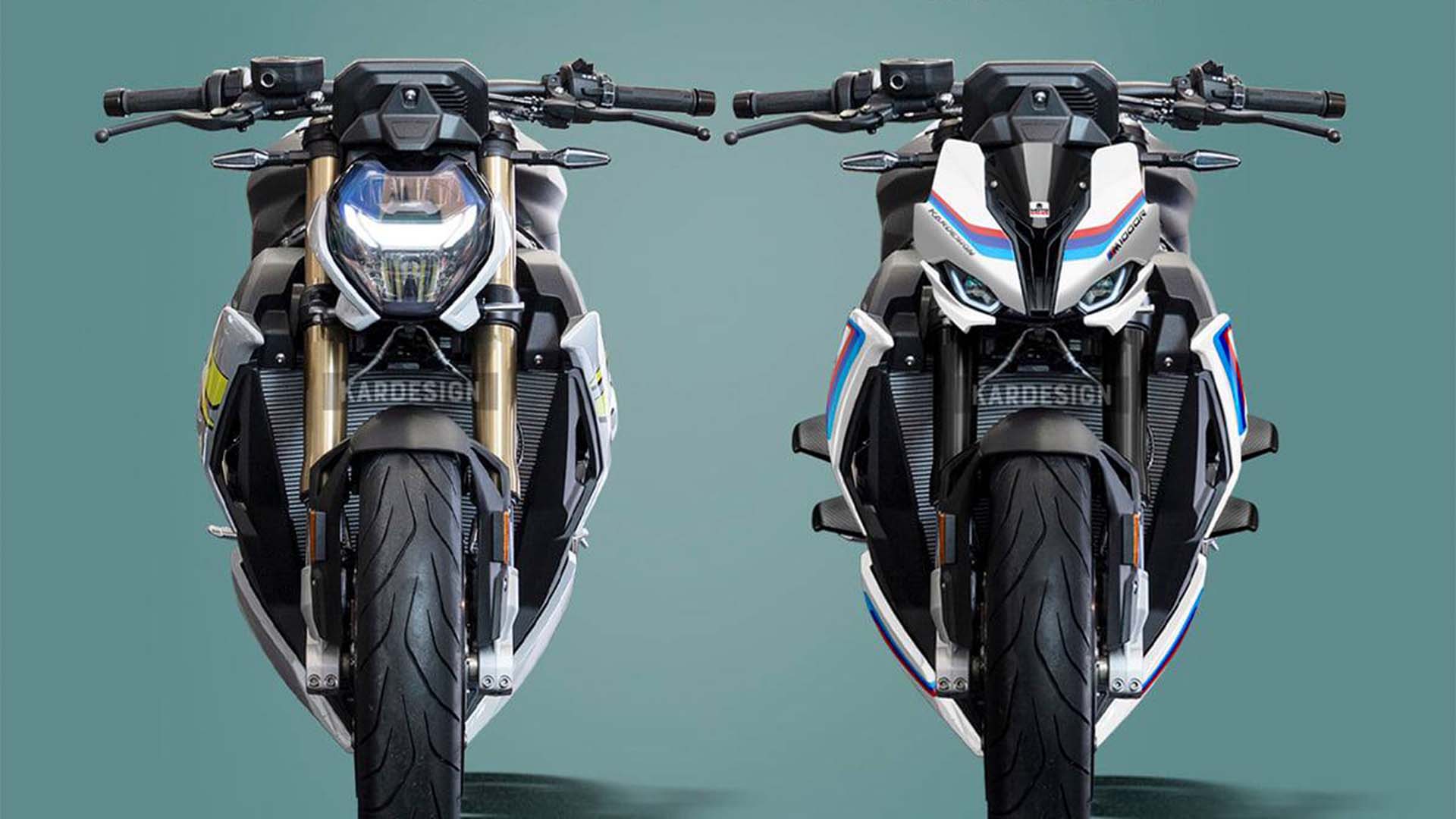 In stock form, the S 1000 RR boasts 205 horsepower while the S 1000 R only generates 165 ponies. If an M 1000 RR received the same engine updates as its fully-faired relative, the hyper naked would push the 175-horsepower mark. Wisely, Kar Lee doesn’t comment on these details, as the M 1000 R is more of a design exercise.

If BMW does have an M 1000 R in the pipeline, it could certainly take some styling notes from Kardesign Koncepts, but the Bavarians would undoubtedly handle everything under the hood.