Did The Italian Government Just Ban Off-Road Riding In Italy? 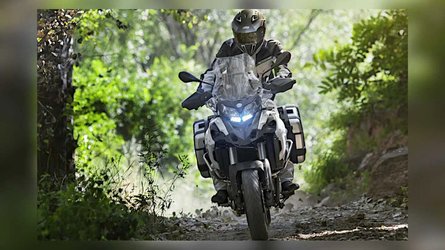 If you enjoy riding your bike off-road in Italy, that may, unfortunately, be about to change. In a federal decree first adopted on October 28, 2021, and then first published in the Italian Official Gazzette (where all new laws are published) on December 1, 2021, Italy announced new restrictions on what vehicles can use paths through forests and fields.

For purposes of the new law, affected off-road paths are those that measure less than 2.5 meters across (approximately 8.2 feet). Under this law, only vehicles required to either manage those paths or adjacent areas will be allowed on those paths. Think tractors and agricultural equipment and you’ll have the right idea.

While motorcycles aren’t specifically called out, this law effectively bans all other off-road vehicles from using those areas. That includes (but is not limited to) motorcycles, mountain bikes, quads, and other recreational off-road vehicles that riders or drivers may previously have enjoyed in such settings. If you’re wondering whether this has something to do with emissions and/or noise complaints, there’s no exception for electric vehicles in this decree, either.

The objection period expires on December 16, 2021, after which point this decree will officially become law. While individual regions in Italy have leeway to enforce it as they see fit, riders who violate this new law can possibly be fined without warning once the law is officially in place.

Italian motorcycle groups are already hard at work fighting back against this law, including the National Association of Cycle/Motorcycle Accessories (ANCMA) and the Italian Motorcycle Federation (FMI). They argue that this rule is short-sighted, and could create serious economic harm. The groups have announced that they plan to speak with government officials in order to seek clarification and hopefully enact changes that won’t result in a total ban on off-road motorcycling within the country.

We’ll be sure to keep you updated as and when any changes to this situation arise.

Razlan Razali Forced to Issue an Apology to Petronas Over Split

REV’IT! Sand 4 Collection Review – His and Hers