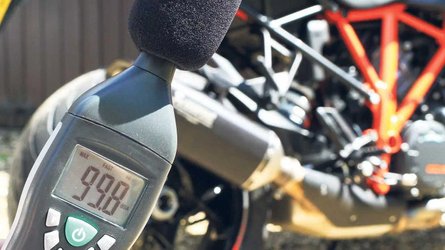 In February, 2021, the European Union announced that it would soon require countries within the alliance to include motorcycles in future annual inspection regulations. To put it mildly, some parties disagreed with the ruling. Finland, France, and Denmark primarily criticized the decision along with the backing from the Federation of European Motorcyclists’ Associations (FEMA).

While France and Finland outright dismissed the idea of intermittent motorcycle inspections, Denmark believed that a different method would prove more effective. After investigating the issue alongside, the Danish Transport Authority drafted an amended Vision Act bill to address the situation.

“It is assessed that control of motorcycles by the roadside in combination with already completed inspections of motorcycles, meets the directive’s requirements to establish alternatives to periodic inspection requirements without compromising road safety,” read the bill.

Under the new directive, Danish authorities started motorcycle roadside inspections on January 1, 2022. During each inspection, officers check the operating condition of the motorcycle and measure the bike’s noise emissions. If the vehicle doesn’t pass the technical inspection or exceeds the noise limits, the owner will incur a fine. The first offense will result in a €330 ($372 USD) ticket while the sixth infraction will push fine up to €2,400 ($2,710 USD).

“Noise from motorcycles is a problem,” stated Danish Transport Minister Benny Engelbrecht. “Now the Danish transport authority has the opportunity to carry out roadside checks on motorcycles and I expect the new effective inspection tool, combined with high fines, will reduce the number of noisy motorcycles. At the same time, it was important for me to find a solution on the implementation of EU rules so that it becomes less intrusive for motorcycle owners than requiring regular periodic inspections.”

While Engelbrecht’s decision may have skirted the EU’s decree, random checks don’t allow motorcyclists to re-install homologated OEM equipment prior to the inspection. Of course, only time will tell if Denmark made the correct move, but it’s a solution that suits their needs for the time being.

Helstons Draws On Old And New With Textile-Leather Cruiser Jacket