Most off-road riders dream of competing in—and completing—the Dakar Rally. Considered one of the most challenging races on the planet, the multi-stage rally has tested riders’ resolve since 1979. While only a select few get to race in the Dakar each year, the new Dakar Desert Rally game allows Dakar diehards to live out their dreams as well.

Featuring authentic teams, routes, and vehicles from the 2020-2021 desert raids, the videogame put the player in the middle of all the action. Developed by Saber Interactive, the game touts a realistic physics engine while the community creator options place the power in the player’s hands. Users can compete in over 30 stages from the 2020 and 2021 seasons, with officially licensed motorcycles, cars, trucks, quads, and SSVs. 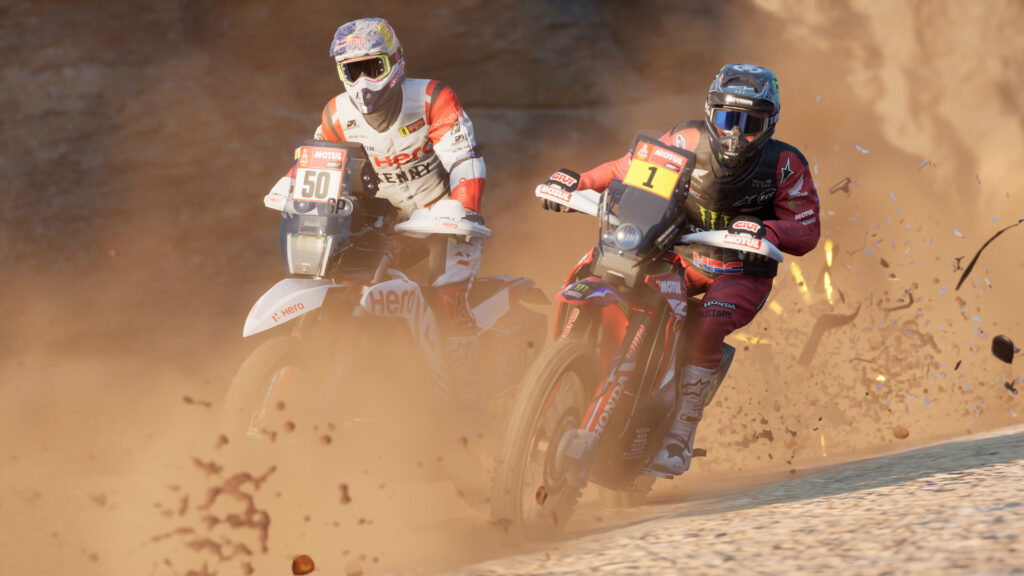 Whether you want to relive Ricky Brabec winning his first Dakar aboard the Honda CRF 450 Rally or Stephane Peterhansel taking his 14th victory in a Mini John Cooper Works Buggy, the Dakar Desert Rally has it all. From intense online multiplayer races to the open-world single-player offline mode, the videogame caters to both hardcore fans and casual players.

Just like the rally, weather plays a big part in the game mechanics, and Saber’s Dynamic Seasons and Weather system ensures every stage has its own challenges. Of course, sandstorms are commonplace in the desert, but rain, lightning, snow, and mud give players new conditions to handle.

The game even allows users to provide other competitors with rally-saving rescue and repair work. Players can tow and rescue stranded vehicles and earn extra points as a result. Similar to the actual Dakar Rally, riders never know if they will need help in later stages, and good Karma usually bodes well for those situations.

Hitting retailers in 2022, the Dakar Desert Rally game will be available for PlayStation5, Xbox Series X/S, PlayStation4, Xbox One, and PC.