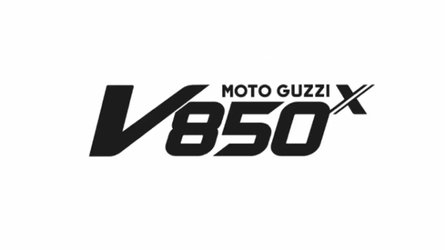 After celebrating its centennial for the majority of 2021, Moto Guzzi shifted its focus from the rearview to the road ahead. The firm not only revealed its Mandello Del Lario factory redesign but also launched its most technologically-advanced model to date with the V100 Mandello sport-tourer. Though it seemed the V100 would forge the path forward alone, it looks like Moto Guzzi has more modern designs in store.

Those off-road-capable tires hint at the V850X’s design inspirations, but an unpublished Moto Guzzi webpage gives us an even clearer image of the potential new model. According to the unfinished site, the V850X will be a “synthesis of different worlds such as the flat track and that of the scrambler.”

However, Moto Guzzi’s error not only divulged the V850X’s influences but also revealed the bike’s technical specs. At 470 pounds, the V850X would come in 10 pounds under the V7 Stone and Special’s curb weight. Despite that weight loss, the new model could tout a longer swingarm, revised Kayaba suspension, and larger rear tire. Aside from those differences, the V85 TT-derived transverse V-twin produces 65 hp at 6,800 rpm and 53.8 lb-ft of torque at 5,000 rpm.

With EICMA 2021 behind us, we’ll have to wait for the new year before we know whether Moto Guzzi adds the V850X to its increasingly-modern lineup.

Indian Partners With Wheels and Waves For Chief Design Contest