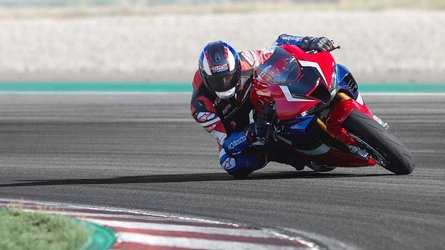 In late 2019, Honda introduced the all-new 2020 CBR1000RR-R Fireblade SP with dreams of returning to the top of the Superbike World Championship (WSBK) standings. The Blade’s MotoGP-inspired chassis, 215-horsepower inline-four, and aerodynamic winglets were a testament Team Red’s dedication to its WSBK comeback. Unfortunately, the CBR hasn’t been greater than the sum of those parts, returning lackluster results.

Before transferring to Honda for the 2020 season, former MotoGP rider Alvaro Bautista finished second in the 2019 WSBK standings with Ducati. The following season, he placed 9th in the rider’s championship aboard the Fireblade with teammate Leon Haslam close behind in the 10th position. During that time, the Spanish rider secured the CBR1000RR-R’s only podium with a third-place finish in Aragon. The team hasn’t repeated those results since.

With Bautista and Haslam currently 10th and 13th in the 2021 title chase, respectively, Honda has only taken a step back this season. For 2022, Bautista will return to Ducati’s WSBK squad and Haslam is anticipated to transfer to the British Superbike series. As a result, two new riders will fight for Team Red next season and many speculate that an updated Fireblade will join the duo in the paddock.

While we would love to see another R tacked on the liter bike’s moniker (for kicks), rumor has it that Honda is working on a Fireblade SP2 for the 2022 season. In order to qualify for WSBK, however, the manufacturer will need to produce at least 500 units of the new superbike, which would make the bike an ultra-limited offering.

Despite the rumblings, Honda is holding its cards close to the chest when it comes to revisions. Some believe that we could see changes as simple as adding forged alloy wheels or as complicated as active aerodynamics. It’s almost a given that the CBR will shave a few pounds and add some power in the process, but until the Honda introduces a new Fireblade, it will have to keep dreaming of its WSBK comeback.