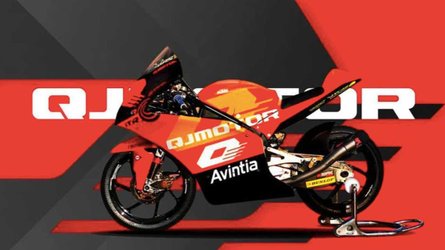 With an entry into the 2022 Moto3 World Championship, Qianjiang Motors, whom you may be familiar with as QJ Motor, the parent company of Benelli, as well as Harley-Davidson and MV Agusta’s Chinese business partner, seems ready to become the second Chinese motorbike manufacturer to enter international grand prix racing.

In China, QJ Motor is one of the largest and most well-known motorcycle manufacturers, and has been building a strong presence in the European market through Benelli. With an agreement with KTM to rebrand the Austrian company’s RC250GP racing machines entered by the Spanish Avintia Esponsorama Moto3 team, QJ Motor seeks to make its debut in motorcycle grand prix racing. That said, QJ Motor won’t have any hand in the research and development of the racing machines. Its presence in the racing series is merely that of branding—a bid to increase awareness for the manufacturer.

In addition to QJMotor, another popular Chinese motorcycle manufacturer CFMoto has teamed up with Prustel GP to rebrand its KTM-sourced bikes for the 2022 season. Meanwhile while KTM’s sibling companies GasGas and Husqvarna, as well as KTM itself, will also be present in the racing series. As such, the only non-KTM-derived chassis in Moto3 is Honda’s NSF250RW, which will be used by five of the Moto3 teams.

For the 2022 racing season, Matteo Bertelle and Elia Bartolini of the VR46 Academy will race for QJMotor Avintia Esponsorama, which is taking over the VR46 effort after Valentino Rossi’s team took over Avintia’s MotoGP entry. It will certainly be interesting to see how the two Chinese motorcycle manufacturers, CFMoto and QJ Motor, will perform in the international GP scene. Furthermore, future commercial developments following their racing initiatives will certainly be looked forward to.