CCM Turns A Spitfire Scrambler Into A 1980s Paris-Dakar Homage

The 2022 Dakar Rally may be in the rearview mirror, but the U.K. is properly chuffed with British rider Sam Sunderland taking his second Dakar win and the first for the Gas Gas Factory Racing team. Bolton, England-based CCM is among the celebrating Brits, and the firm’s latest Rallye 600 build keeps the Dakar energy going all year long.

Led by avid dirt bike racer and two-time Dakar finisher (1999 and 2004) Steve Hague, the Rallye 600 project calls back to the heyday of the Paris-Dakar. Starting with a CCM Spitfire Scrambler, the build team keeps the model’s signature high-strength steel trellis frame and liquid-cooled, DOHC, four-valve, 600cc single. The mighty mill still pumps out 55 horsepower and 42.7 lb-ft of torque, but the rest of the Spitfire undergoes a complete transformation. 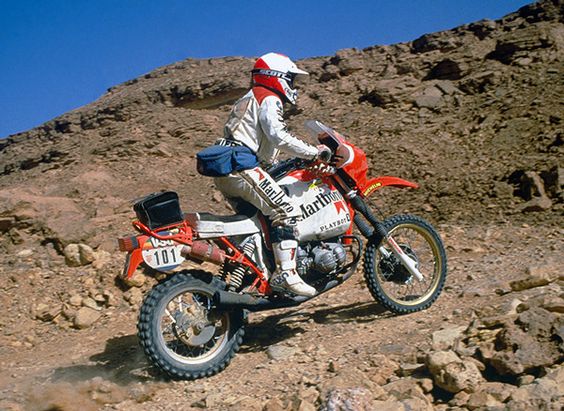 The Rallye 600 draws much of its bodywork and styling from the 1985 Paris-Dakar-winning BMW R80 G/S. Just like the rig piloted to the finish line by Gaston Rahier, the Spitfire now boasts a bountiful aluminum gas tank, high-mounted rally fender, headlight nacelle, handguards, and a rear mudguard. The team then paints the Rallye 600 in the legendary Marlboro livery.

Hague hits us with one final dose of vintage Paris-Dakar nostalgia with heat-wrapped pipes and a VSD-badged rear number plate. Yes, we may have to wait an entire year before the Dakar Rally returns in 2023, but the CCM Spitfire Scrambler Rallye 600 should keep us in awe until then.