Home » Articles » Catch Some MiniGP Racing In Japan This 2022
Articles

Catch Some MiniGP Racing In Japan This 2022 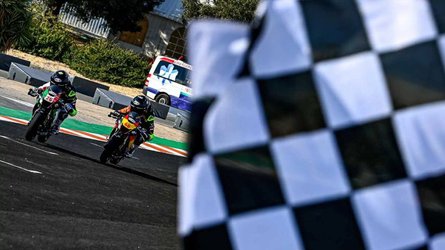 Expect another event for the 2022 season in the MiniGP series. Japan will be the newest addition in the lineup of cups for the FIM’s motorcycle racing season this year.

The minibike racing series already has a worldwide reach, which includes countries like Australia, Austria, Indonesia, Qatar, and as well as the other new additions from 2021 which include Alpe, Adria, France, Ireland, Italy, Malaysia, the Netherlands, North America, Portugal, Spain, and the United Kingdom.

Who doesn’t like a good mini bike race? At the peak of the minibike, series is the MiniGP, the FIM’s small yet serious race featuring some notable talents in the scene. It’s the perfect avenue for riders to flaunt their skill and the perfect stage for new racers who are looking to make a name for themselves in a Grand Prix. The FIM’s MiniGP is one of the first steps on the road to MotoGP, and it is one of the avenues for young riders to burst on the scene and showcase their talents.

It’s hard for Japan not to be part of such an event, as the country has multiple machines competing at the highest levels of racing already. Not just in MotoGP, but also in the World Superbike Championship as well as numerous other leagues, so its addition to the MiniGP series is as expected as it is anticipated.

The MiniGP series has lower barriers to entry (and admittedly lower seat heights) in terms of economic viability for riders to start in. The series can also help young riders get a foothold in the scene, offering publicity and the chance to score some sponsors and be recognized by some of the top teams in racing, it’s a stepping stone to greater things, and one gateway that may lead to the peak of two-wheeled racing, MotoGP. With that being said, catch the Japan Series in the MiniGP this year.

Furion Wants To Electrify A Yamaha Niken For Its Latest Concept