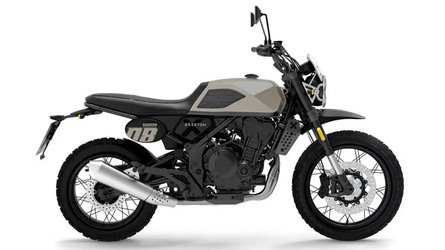 You may be familiar with Brixton, the Chinese motorcycle manufacturer that seemingly made its entrance into the global market out of nowhere. At EICMA 2021, Brixton showcased what it deemed was a worthy rival against the Triumph Bonneville, the Cromwell 1200. As it would turn out, Chinese motorcycle makers are certainly stepping up their game both in terms of sheer displacement, as well as features.

While Chinese bike makers like Brixton, Benelli, and CFMoto are all treading down the high-displacement path with future models, there’s no denying that the biggest slice of the pie, for the western market, at least, lies in mid-displacement machines. I’m talking bikes in the 400cc to 700cc range, as these machines tend to feature the most accessibility for the widest range of riders—both in terms of price and performance. Because of this, manufacturers, regardless of where in the world they may be from, continue to innovate in this highly lucrative segment.

Brixton is no different. Now, the Crossfire has been available in the European market for some time now—both in a beginner-friendly 125cc variant, and a more intermediate 500cc version. Both featured scrambler-style looks, but we’re clearly road-oriented vehicles. This time around, Brixton is giving the Crossfire some real burly chops by rolling out the 500 XC. Similar to Triumph’s naming conventions, Brixton’s Crossfire 500 XC claims to be thoroughly capable across all sorts of terrain, including light off-road duty.

The Crossfire 500 XC has yet to make it to production, however, it’s more than likely that it’ll roll into the European market this year. We can see some subtle nuances that set it apart from its road-oriented sibling. For instance, it gets a high-mounted fender, taller handlebars, and long-travel suspension. It actually gives it a retro enduro stance, hinting that this bike could be equal parts show and go when things get gnarly. As for performance, we find the same 486cc parallel-twin engine in the Crossfire 500. With 47 ponies on tap, it’s plenty powerful for cruising the open road, as well as bombing the occasional fire road or gravel trail.