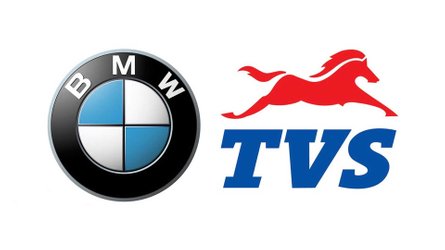 Though Harley-Davidson launched the LiveWire in 2019, no other major manufacturers have followed in the Motor Company’s footsteps. Of course, Triumph has released digital renderings of its TE-1 project and BMW revealed a prototype of its E-Boxer, but the electric motorcycle market is still a limited lot.

While BMW has recently focused on its CE-04 electric scooter’s introduction to the market, the Bavarians are teaming up with Indian motorcycle giant TVS to bring its electric motorcycle to life. Under the agreement, both parties will co-develop electric motorcycles and scooters for global markets.

This isn’t the first time the BMW and TVS are teaming up, though. In 2013, the pair inked a deal to develop sub-500cc motorcycles. The partnership allowed BMW to access TVS manufacturing and access to the Indian market with its G 310 lineup. On the other hand, the deal benefited TVS with the Apache RR 310 along with engineering and design knowledge.

As of Q3 2021, the Indian brand has delivered 83,592 units of the G 310 series and TVS-produced Beemers account for 20-percent of BMW’s global production. The latest agreement between the partners builds on the success of the baby GS and roadster. According to reports, the new deal includes initial development and production of 50,000 electric two-wheelers split between BMW and TVS. The partners will distribute those units to both Indian and international markets.

Despite the duo’s past endeavors in the small-capacity segment, many expect BMW and TVS to develop high-end EV versions of existing models. The project also stands to gain from BMW’s latest research in solid-state battery technology and lithium mining processes. This isn’t the only iron in the fire for TVS either. The company recently invested in electric motorcycle startup Ultraviolette and acquired Swiss e-bike brand Ego Movement.

We may have to wait a few years for BMW and TVS’s new development deal to bear fruit, but if it’s anything like the G 310 family, we can’t wait to see what they come up with.