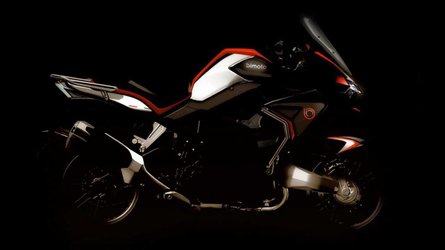 Bimota turned heads at EICMA 2021 when it unveiled the all-new 2022 KB4 sportbike and KB4 RC hypernaked. However, the Italian firm made even more waves off the EICMA stage when Bimota CEO Pierluigi Marconi confirmed that a touring-oriented Tesi is in the works.

“We are developing something new with a Tesi chassis and we will see it either next year, or the year after,” Marconi informed British media outlet MCN. “Until now, Tesis were only made for the sports segment. We’d like to put the Tesi name to… adventurers, tourers, and bikes like that.”

A brand spokesperson later corroborated Marconi’s claims, noting that the upcoming Bimota models will utilize the same Euro 5-compliant, 998cc, supercharged inline-four found in the recently updated 2022 Kawasaki Ninja H2 SX SE. While the new Tesis are slated to receive Team Green’s latest 16-valve, liquid-cooled, 197-horsepower mill, there’s no telling if it will also gain the radar-assisted adaptive cruise control that debuted on the model in 2022.

In addition to Bimota’s ambitions, it has full backing from Japan. On the EICMA stage, Kawasaki Motors President Hiroshi expressed his utmost satisfaction with the KB4 and KB4 RC along with continued support for future Bimota models.

“Kawasaki Motors will continue to supply engines and other key components and through our global network,” stated Ito. “We plan to support in whatever way we can to expand this glorious Italian premium motorcycle brand.”

The 2022 KB4 model reveals may have been a long time coming, but it’s good to see that Bimota is wasting no time with ramping up its next Tesi projects.

How To Find The Perfect Tenant For Your Rental Property