Home » Articles » Behind the Scenes of a Winning Dakar Effort
Articles 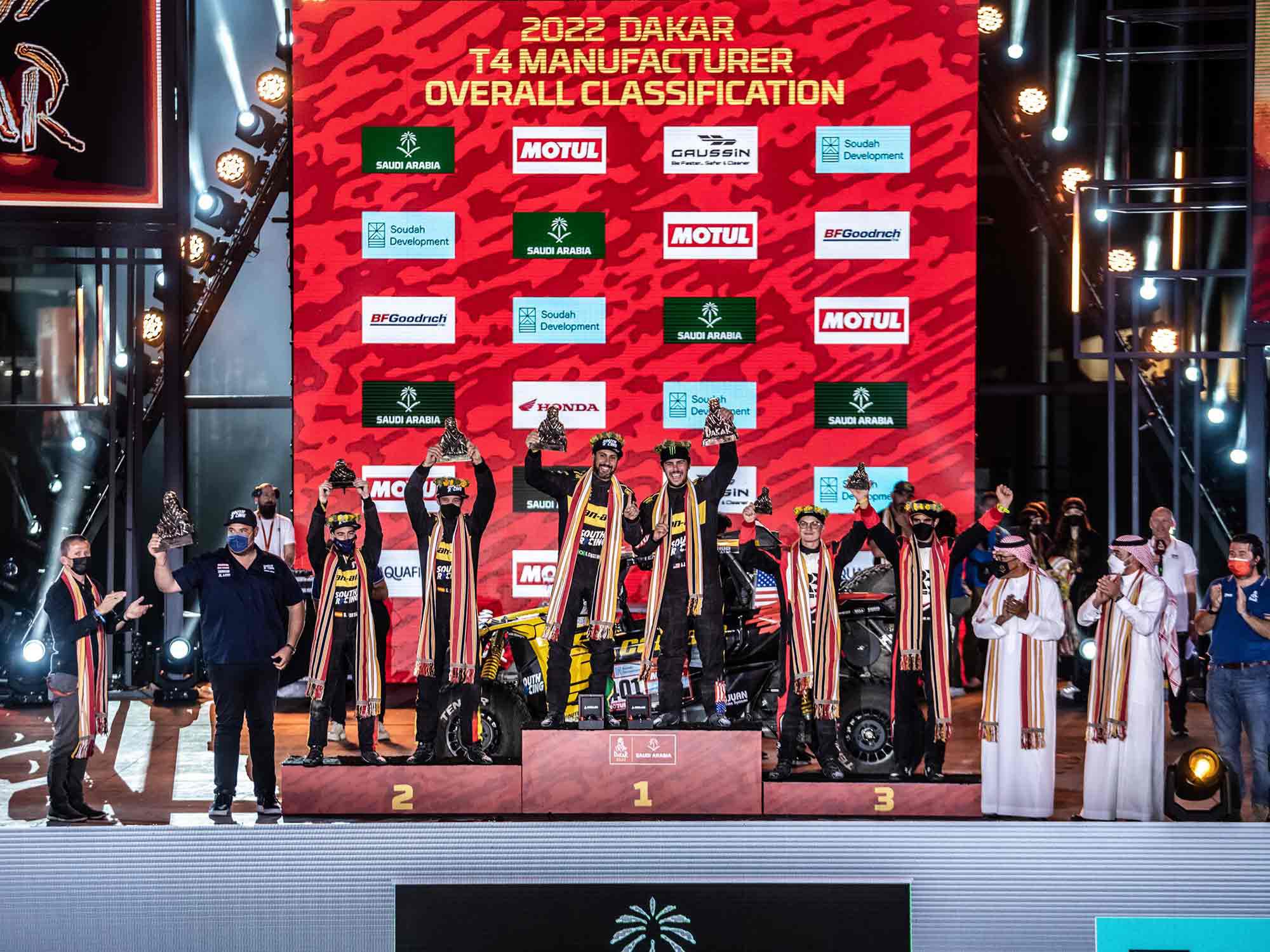 Getting Austin Jones and Gustavo Gugelmin to this point took an unimaginable effort by the South Racing team. Team boss Scott Abraham took us inside the madness. (Marian MCH Photos/)

Looking at the numbers, Scott Abraham’s early belief in side-by-sides as Dakar-worthy racers was absolutely right. With Marco Piana (Xtremeplus Team) he was among the first team owners on the rally raid scene to see UTVs a gateway to the rally for new drivers, or a steppingstone from two wheels to four.

“The side-by-side category has grown more than any other in the field; from seven in 2017 to almost 100 five years later,” said the South African, who built an empire in the bivouac with his South Racing squad entering 21 Can-Am Maverick X3s. Among them was the Monster Energy Can-Am crew of Austin Jones, who won this year’s Dakar.

Rising Popularity of the SSV Category

“If you look at the Can-Am, this is the ideal entry-level vehicle because it’s fun to drive, but it soon became the most competitive category on the Dakar in recent years,” said Abraham, owner and manager of South Racing.

This year marked the 44th year of the race and its third in Saudi Arabia. Of the 409 vehicles that started, 95 were side-by-sides or UTV-based prototypes.

Austin Jones wasn’t the only star piloting a Can-Am this year.

Australian Molly Taylor was another favorite for the top 10 after a victory in the FIA’s Extreme E electric off-road racing series.

“Molly is a phenomenal talent,” Abraham said. “The SSV class is no longer just for men.”

The Team Is the Strength to Win the Dakar

Despite any individual triumphs or talents, though, Abraham said South Racing’s real strength is its ability to construct a cohesive effort.

“We started four years ago with a small project and we are now the biggest team in the sport, allowing many racers to explore the discipline and having brought more than 140 vehicles to the sport,” he said.

In the bivouac, South Racing deploys an armada of 160 people from 28 countries tending to a total of 72 vehicles, including race vehicles and team vehicles.

“It’s a huge effort but results are on our side,” Abraham said. South Racing has won the T3 and T4 categories five years in a row, and can boast six world titles.

Just to give an idea of the amount of work involved, Abraham broke down some of the figures that go into South Racing:

Maintenance is another key topic on the Dakar as the management of the equipment is a vital part to finish such an endurance race. Thanks to its experience, South Racing has a fixed maintenance program. We had a look at it:

The maintenance program for Dakar best exemplifies the hardness of the race, testing man and machine to the fullest.

Behind the Scenes With Dakar Rally Winner Austin Jones