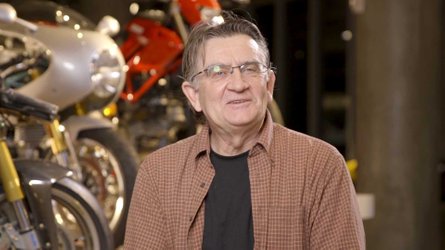 The Barber Vintage Motorsports Museum is a must-visit located on many a motorsport fan’s bucket list. In October, 2021, it’s proud to announce the opening of its newest venture, the Barber Advanced Design Center. It was created as a high-tech, forward-thinking workspace for industrial designers to collaborate from around the world.

Take the BADC’s director, Brian Case. In addition to designing the BADC, he was also one of the co-founders of Motus—where he also designed the Motus MST V-4. Back in February, 2021, the Barber Vintage Motorsports Museum released its first Design Series YouTube video, hosted by Case. Who did he interview? None other than Pierre Terblanche, and they spoke very specifically about the latter’s inimitable 1993 Ducati Supermono design.

That video, as it happens, was a teaser for the BADC’s very first design project. In collaboration with Terblanche, the BADC is modernizing that legendary design exercise in 2021. Barber calls it a “director’s cut” that took over 30 years to bring to life.

“The layout and construction of the bike will be new,” Terblanche said in a statement.

“Advances in systems designed on CAD, the latest CNC machining, and improved Additive Rapid Prototyping (3D printing) have streamlined and sped up the design process. These technologies allow us to achieve design solutions never possible before,” he continued.

The prototype won’t run, but will apparently sport an upgrade to the original Ducati thumper that will “blow you away” at its unveiling. The event is scheduled to take place on October 8, 2021 at 11:30 a.m. Central Time, as part of this year’s Barber Vintage Festival.

The Barber Advanced Design Center is an 11,000 square-foot structure filled with abstract paintings, as well as both contemporary and mid-century-modern furnishings. It’s unclear if there are plans for it to be open at certain times for public visits or tours. In any case, we’re sure that the studio existing on the Barber Museum grounds is practically guaranteed to be an almost bottomless source of inspiration for all designers who pass through its doors. I mean, how could you not be in awe of your surroundings?