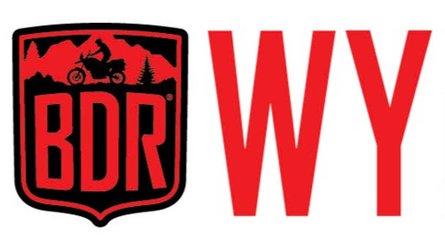 Shutdowns and social distancing measures caused by the COVID-19 pandemic have driven drove of people to outdoor activities as well as motorcycling. Those that want equal doses of both turn to adventure riding, and the sport has grown as a result. While Backcountry Discovery Routes took a break from its one new route per year quota in 2021, it took full advantage of the growing interest in adventure bikes.

The non-profit released a retrospective film celebrating its 10-year anniversary, partnered with Motoz RallZ tires, and raised funds by giving away a tricked-out Yamaha Tenere 700. However, most of BDR’s 2021 efforts went into establishing the 11th trail in the organization’s repertoire—the Wyoming route (WYBDR).

Announced in February, 2021, the crew spent the year exploring the remote trails the Equality State has to offer. As the 10th largest state by area and the least populated state in the U.S., Wyoming offers awe-inspiring scenery and wildlife at every bend. Those wide-open spaces lend to the fire roads and sweeping vistas found throughout the WYBDR, but that doesn’t mean the latest route doesn’t have its share of challenges with everything from rock gardens to water crossings.

To celebrate the official opening of the WYBDR along with the team’s 1,000-mile backcountry tour, BDR will premiere its latest documentary film on February 5, 2022, at Blackmore Ranch in Murrieta, California. The team will then head north to screen the WYBDR film at the Shop in Seattle, Washington, on February 28, 2022. The Louisville, Tennessee, BMW Motorcycle of Alcoa will host the third screening event on February 24, 2022, and the traveling roadshow will go back west for the Montrose, Colorado, screening at the Two Rascals Brewing Company on March 5, 2022.

While the current screening dates extend into March, BDR hopes to keep screening the film until May, 2022. Those interested in hosting an event can apply at the BDR website.

U.K. To Require All Track Riders To Wear Airbag Or Back Protector