Motorcycles were key modes of transport for both the Allied and Axis powers in World War II. While motorcycles operate in the field to a lesser degree these days, several militaries have tested the feasibility of electric bicycles for reconnaissance missions. The latest development revolves around the Australian Army’s Sur-Ron Firefly Light Bee field tests.

Without its battery installed, the Light Bee weighs in at 103 pounds but can carry a load up to 220 pounds. As expected, the Sur-Rons in use by the military are non-homologated units. As a result, the Army’s Light Bees can reach up to 50 mph and cover 43 miles before needing a fill-up. While that limited range and top speed may seem limited to consumers, the quiet e-bike drivetrain provides something that internal combustion engines can’t. 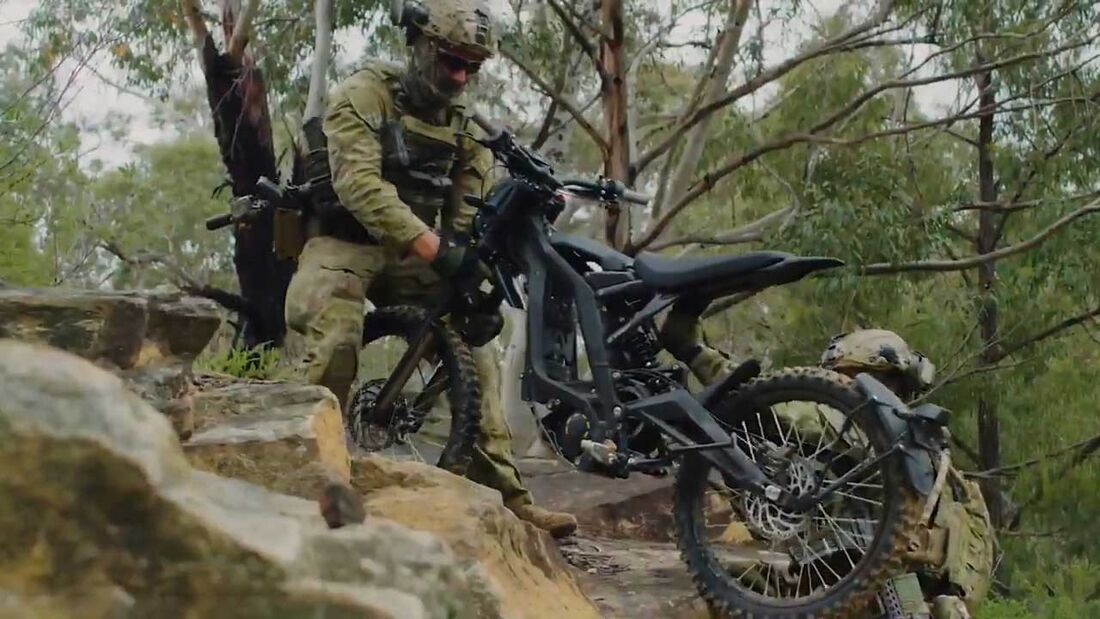 In 2015, the Defense Advanced Research Project Agency (DARPA) revealed its SilentHawk project in collaboration with Logos Technologies and Alta Motors. The hybrid motorcycle ran on both gasoline and jet fuel while the electric battery recharged. In those instances, the SilentHawk emitted 75 decibels of sound. However, the electric drivetrain lowered the decibel output to 55, which is roughly equivalent to the noise of a spoken conversation.

Alta’s unfortunate demise may have stopped the project’s further developments, but Zero Motorcycles also offers its own electric model to the armed forces. Similar to the Sur-Ron Firefly Light Bee, the Zero MMX motorcycle also features swappable battery technology. The electric motorcycle outdoes its e-bike counterpart though, with a 90-mile range, 44 horsepower, and 85-mph top speed. However, the MMX is a much hefty package at 275 pounds. For that reason, it can also accommodate more luggage with a 355-pound carrying capacity.

So far, the Australian Army has embraced the Sur-Ron’s lightweight benefits. The e-bike’s low heat signature, durability, and ease of storage make them a great fit thus far. Of course, we fully expect more military branches to test the feasibility of e-bikes on the battlefield, but we look forward to how that shapes the market moving forward.