Aprilia gave the motorcycling world a sneak peek of its all-new Tuareg 660 in August, 2021. While the Noale factory continued developing the new platform, many wondered how it would slot into the increasingly crowded middleweight adventure segment. Now, Aprilia unveils the Tuareg in all its glory with full specs and three eye-catching liveries.

The Tuareg leverages the same liquid-cooled, DOHC, 660cc parallel-twin found in the RS 660 and Tuono 660, but Aprilia tunes the engine for trail duty with 80 horsepower and 51.6 lb-ft of torque. The brand also uses the mill as a stressed member of the tubular steel frame, reducing the Tuareg’s weight to 412 pounds (dry). 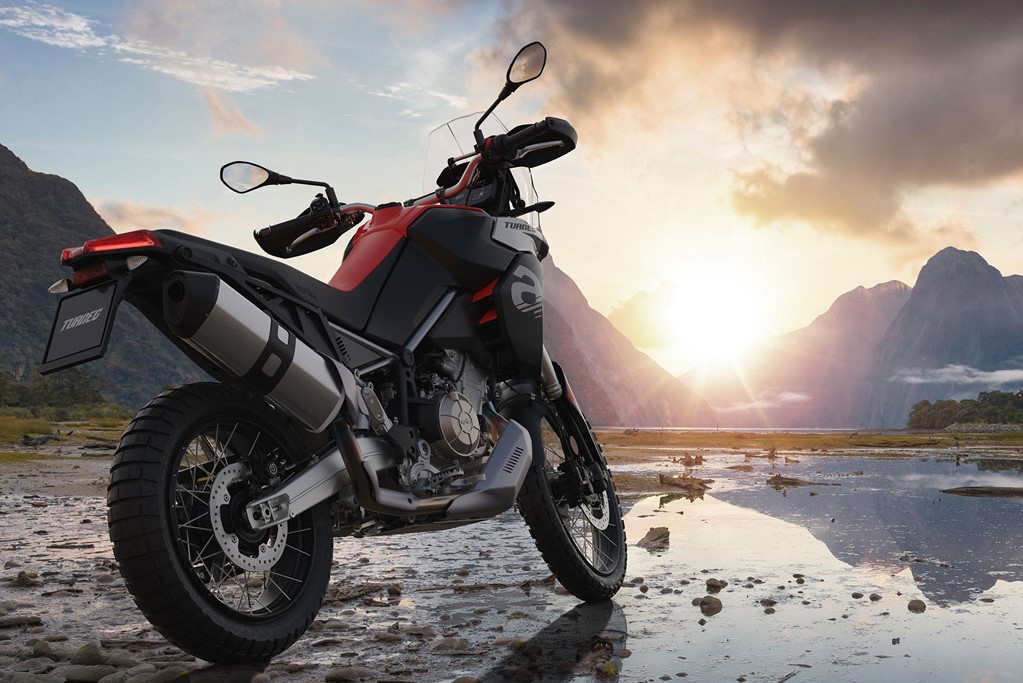 Off-road-oriented ergonomics, wide handlebar, and narrow midsection maximize the rider’s range of motion in the saddle and on the pegs. An adjustable 43mm USD fork and monoshock with progressive linkage delivers 9.5 inches of ground clearance and suspension travel at both ends. However, the capable suspension also results in a 33.9-inch seat height. The 21-inch front and 18-inch rear cross-spoke wheels handle anything the trail throws at the Tuareg but also accept tubeless tires.

Equipped with LED lighting, Brembo brakes, a 4.8-gallon gas tank, and a 59.1-inch wheelbase, the dirt-oriented ADV can still hold its own on the open road. Similar to its 660 family members, the Tuareg touts Aprilia’s Performance Ride Control (APRC) system with traction control, ride modes, engine brake settings, and cruise control. Riders can access all those options through the five-inch TFT display. 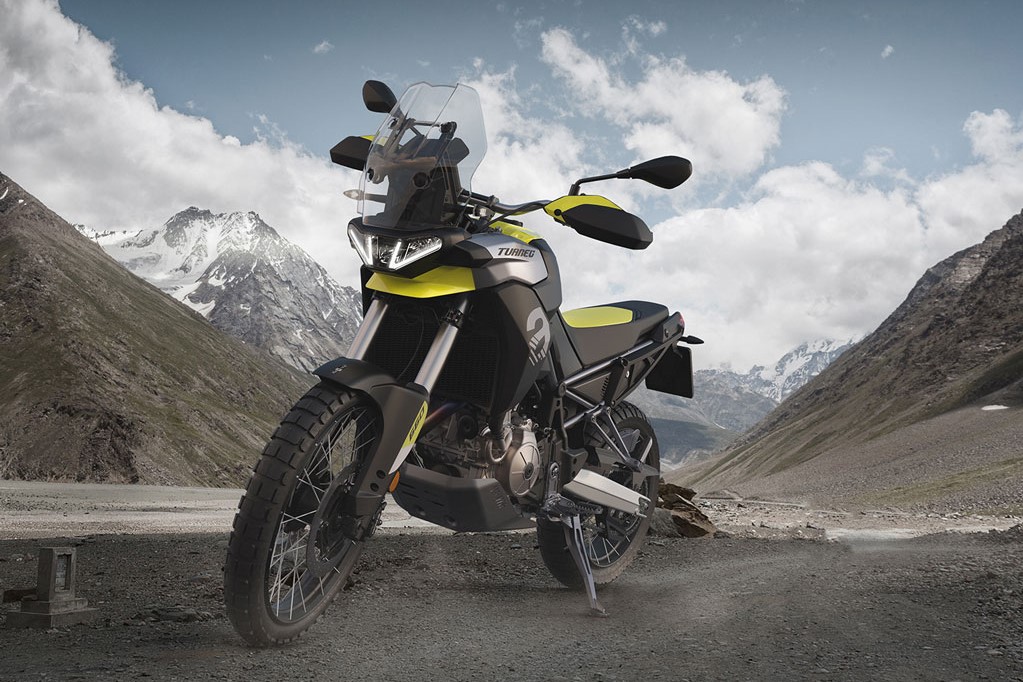 When Aprilia first unveiled the Tuareg revival, it called back to the original with the Indaco Tagelmust livery. The blue/white/red color scheme paid homage to the Tuareg 600 Wind and the brand’s Dakar endeavors, but the new Acid Gold and Martian Red colorways are thoroughly modern. The Tuareg 660 in both paint jobs will retail for $11,999 while the Indaco Tagelmust treatment will command $12,599.