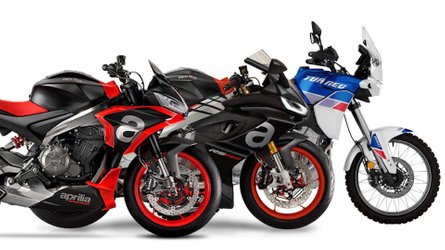 Aprilia’s RS 660 and Tuono 660 have been runaway hits for the Noale brand. From the racetrack to the showroom, the 660 platform has opened new segments for the company. With the Tuareg 660 adventure bike on the horizon, Aprilia is putting even more of its chips on the middleweight class.

Following the firm’s official Tuareg announcement, Aprilia’s Head of Engineering Piero Soatti sat down with Italian media outlet Motociclismo and teased some of the details surrounding the growing 660 family. Of course, the RS 660 came along just as Aprilia was phasing out the Shiver 900 and Dorsoduro 900 models, and it doesn’t seem like the two V-twins will return anytime soon.

“I would say that the Tuono 660 already does everything, or almost everything, what the Shiver does and does it better, as it is logical that it was developed almost 15 years later,” explained Soatti. “It is faster and easier to handle, more comfortable thanks above all to better air protection and the new positioning of the exhaust and weighs almost 40 kg less!”

While the head engineer praised the platform for its advanced technology and modern developments, he also identified room for growth. The 660 lineup already benefits from an RSV4-derived electronics suite and Aprilia could look back to the flagship platform (ahem, Factory trim) for future inspiration.

“We are demonstrating that with the Tuono 660 we have “extended the deck”. That is, the same product can do many things, historically in contrast, in an excellent way,” Soatti added. “The electronic suspension could extend it even further, that is, they could allow an even more effective sporty ride and at the same time greater comfort in daily use, even as a couple.”

While electronic suspension on a middleweight sportbike and naked bike would be a segment-first, Soatti turned his attention back to the upcoming adventure bike, stating that the “Tuareg took place simultaneously with the road and from that activity we understood that it would be very different from its” cousins “, both in terms of engines and, above all, in terms of vehicles.”

Despite sharing the same 660cc parallel-twin, it seems like the new Tuareg 660 will forge an identity all its own. With any luck, it’ll be a runaway hit like the RS 660 and Tuono 660 before it.

Kawasaki Z650 gains Urban options and a new colour for ...