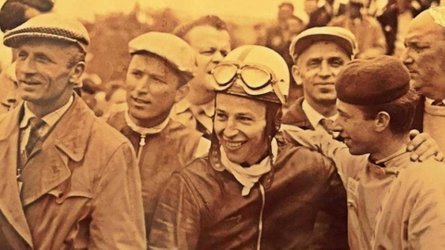 On January 19, 1945, Count Domenico Agusta founded the Meccanica Verghera Agusta, better known as MV Agusta. After the success of the Mondial 125 in the ultra-lightweight class of the inaugural 1949 world championship, the Count saw the value in racing. To turn MV into a bonafide contender, Agusta hired Gilera chief racing team mechanic Arturo Magni. His younger brother, Andrea, would follow his lead and become a mechanic for the budding race team.

Unfortunately, following Count Domenico Agusta’s death in 1971, MV Agusta’s financial situation forced the brand to vacate the world championship grid in 1976. As a result, Arturo Magni moved on to found Magni Moto. The brand is known for its Honda-powered MH1 and BMW-powered MB1 and MB2. Most recently, Magni Moto produced the Italia 01/01, a classically-styled Grand Prix throwback dedicated to the late Arturo Magni, who passed away in 2015.

Sadly, the brand recently announced the death of Arturo’s younger brother, Andrea Magni, in a Facebook post on February 3, 2022. The post included a picture of Andrea alongside Nello Pagani, Arturo Magni, and John Surtees at the 1958 Isle of Man TT.

We at RideApart send our condolences to the Magni family.

Gas And Oil Companies At A Crossroads With Hydrogen Production