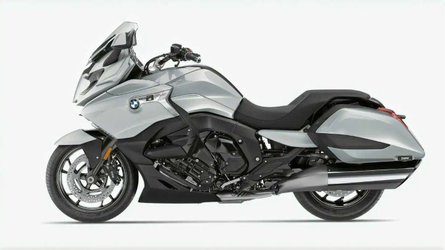 On January 21, 2022, BMW of North America LLC issued a safety recall for all 2019 and 2020 K 1600 GT, K 1600 GTL, and K 1600 B motorcycles because of a manufacturing defect with the link strut on the rear suspension. On affected bikes, the link strut may not have sufficient strength to do its job and could become damaged in the regular course of use. If that happens, the rear upper portion of the bike could come down and contact the rear wheel, which could increase the risk of a crash.

According to BMW of North America’s estimates, 100 percent of bikes with the model years and designations listed here—or around 1,625 total units—are believed to be affected. Within each individual K 1600 model, bikes produced between certain dates are affected by this recall. The component in question is no longer in use, as BMW switched to a different supplier following the production dates specifically covered in this recall.

BMW’s breakdown of bikes affected in North America is as follows:

According to BMW’s records, the company received three reports in 2021 of instances where rear link struts on 2020 K 1600 GT and K 1600 B bikes had broken while in use. Riders were able to keep control of their bikes in all three instances, but these instances prompted BMW to conduct an engineering review. They gathered and tested the affected parts, at which point they found that they were not as strong as specifications required.

Further investigation with the supplier revealed that there was a heat treatment anomaly during production, which resulted in link struts that were produced out of spec. After consulting records kept during the build process, BMW was able to determine the extent of the issue and issue a voluntary safety recall. According to the OEM, it is unaware of any crashes or injuries having resulted from this issue as of January 21, 2022.

Owners of affected bikes will be notified by BMW via First Class mail, and will be told to take their bikes to authorized BMW motorcycle dealers for service. The remedy for this recall is a completely rear link strut replacement, and both the part and recall service will be performed free of charge. If any affected bikes received service to address this problem prior to the issuance of this recall, it should have been covered under warranty, so BMW advises that there should be no requirement for reimbursement in the case of this recall.