Home » Articles » A Future Benelli V-twin on the Way?
Articles

A Future Benelli V-twin on the Way? 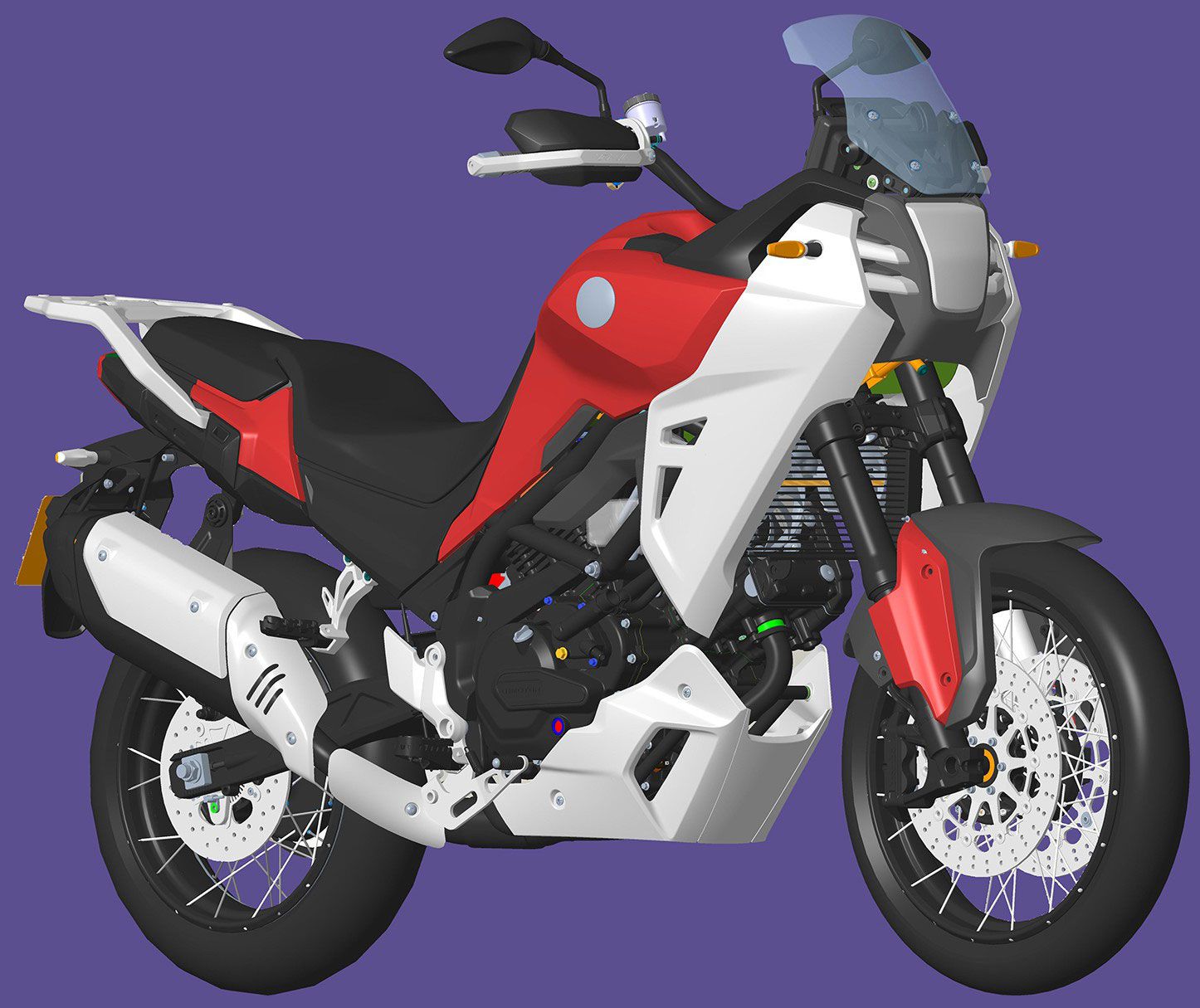 After its bold relaunch at the turn of the millennium, Benelli hasn’t had the smoothest of rides, but the company is starting to realize its potential with unprecedented sales success in its homeland, China. Now designs have emerged for a future V-twin adventure bike that might be just what’s needed to keep that momentum going.

The designs seen here were filed with Chinese authorities by Benelli’s parent company, Qianjiang, which bought the firm from Andrea Merloni back in 2005, and while we can’t be 100 percent certain that the bike is set to debut under the Benelli name—Qianjiang also owns the Chinese-market QJMotor brand—there are indications that it’s intended to be a Benelli. While almost all of the branding has been removed from the design images, there’s a name on the left fork bottom that appears to read “Benelli” and the Brembo name is just visible on the brake calipers in one of the images, suggesting this is a relatively high-end offering. 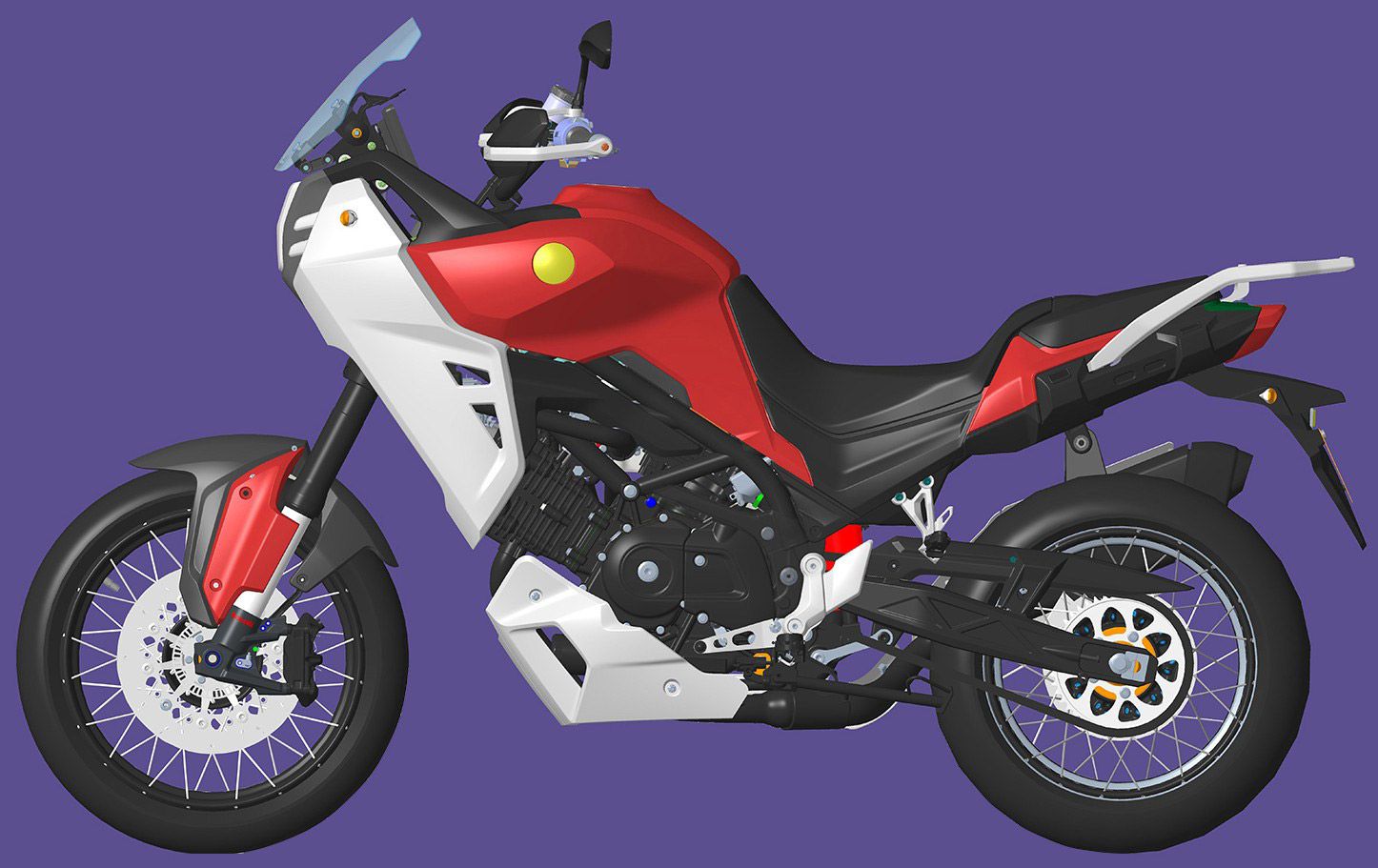 The bike itself is intriguing thanks to the inclusion of a V-twin engine that’s unlike anything in either Benelli or Qianjiang’s current catalog. While most of the firm’s bikes use parallel-twin engines ranging from 300cc to 750cc, this is a 650cc V-twin motor that bears distinct similarities to the long-lived Suzuki mill of the same size and layout, which debuted in the SV650 way back in 1999 and lives on today in the SV and the V-Strom 650. Whether it’s an officially licensed unit or a Chinese clone, the similarity means that it’s sure to make around 70 hp, putting the bike in competition with machines like the V-Strom and Yamaha’s Tracer 7 or Ténéré 700, with the upcoming Triumph Tiger 660 also zeroing in on that section of the market. Other potential rivals include Aprilia’s forthcoming Tuareg 660, though the closest approximation of this bike is Morini’s X-Cape 650. That X-Cape, like this potential Benelli V-twin, is an Italian-Chinese machine, using a 650cc parallel twin borrowed from CFMoto. 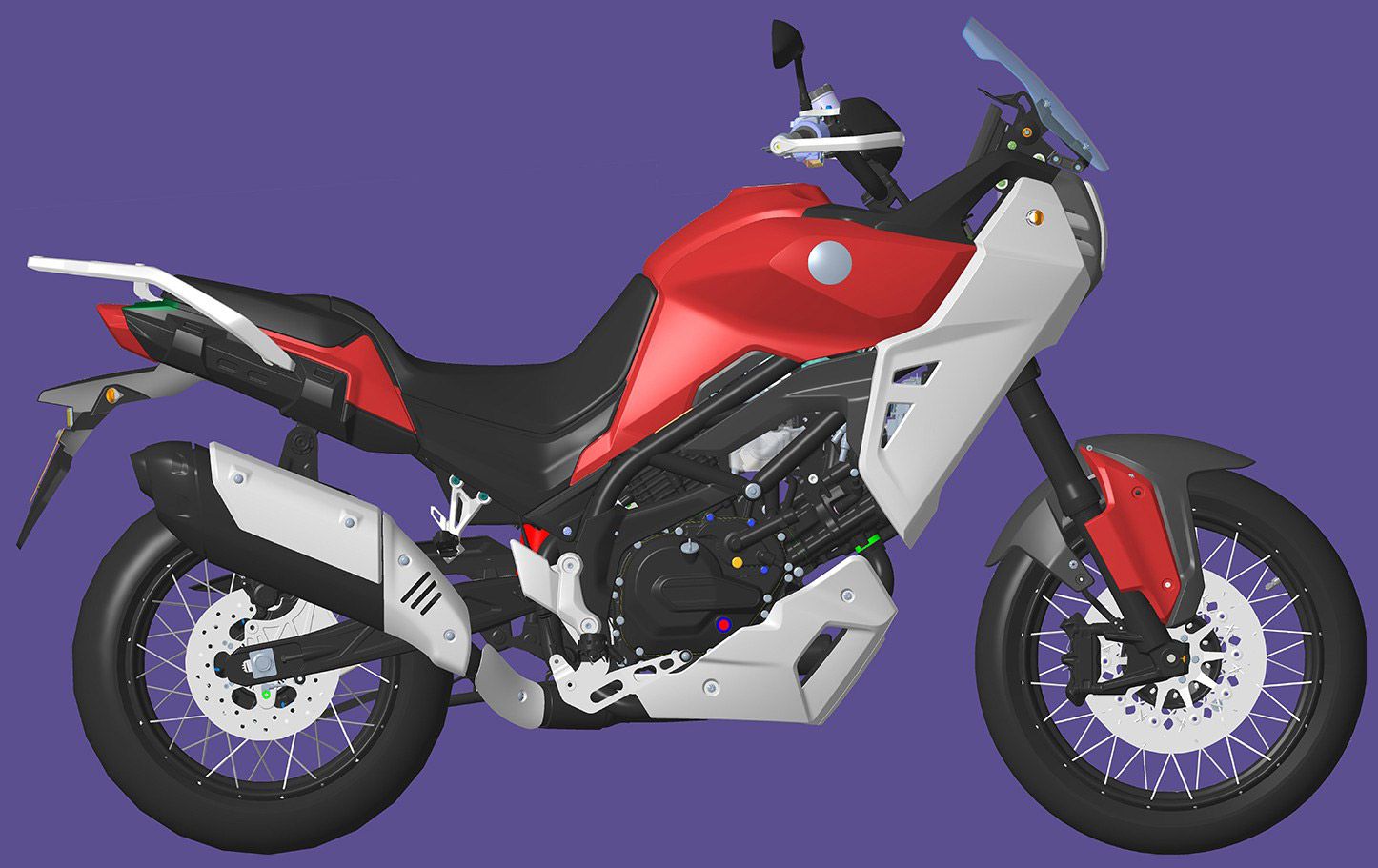 Adventure cues aside, the bike looks to be more road oriented, with 19-inch front and 17 rear wheels. (Qianjiang Motorcycles/)

The Qianjiang-Benelli machine seen here appears to sit at the more road-oriented end of the adventure market. The wheels appear to be 19 inches up front and 17 inches at the rear—unlike the 21/18-inch combo of more dirtworthy machines like the Ténéré 700. They are wire-spoked, though, with modern-looking rims intended to suit tubeless rubber.

The trellis-style frame holds a wide fuel tank, with a large saddle aft and a generous TFT display just ahead of it. (Qianjiang Motorcycles/)

The 650 engine sits in a trellis-style steel tube frame that’s very much in the same mold as Benelli’s current offerings, but the styling is a vast improvement over the current Benelli TRK 502, which has been topping the sales charts in Italy this year. A vertical headlight sits between straked intakes on the nose, with a notably wide fuel tank behind to give the sort of proportions that Dakar rally bikes of the 1990s popularized. At the back, the subframe sports quick-release luggage brackets.

Although the images don’t tell us much more about the bike’s technical makeup, they do show an oversize TFT dash below the small, adjustable-height screen.