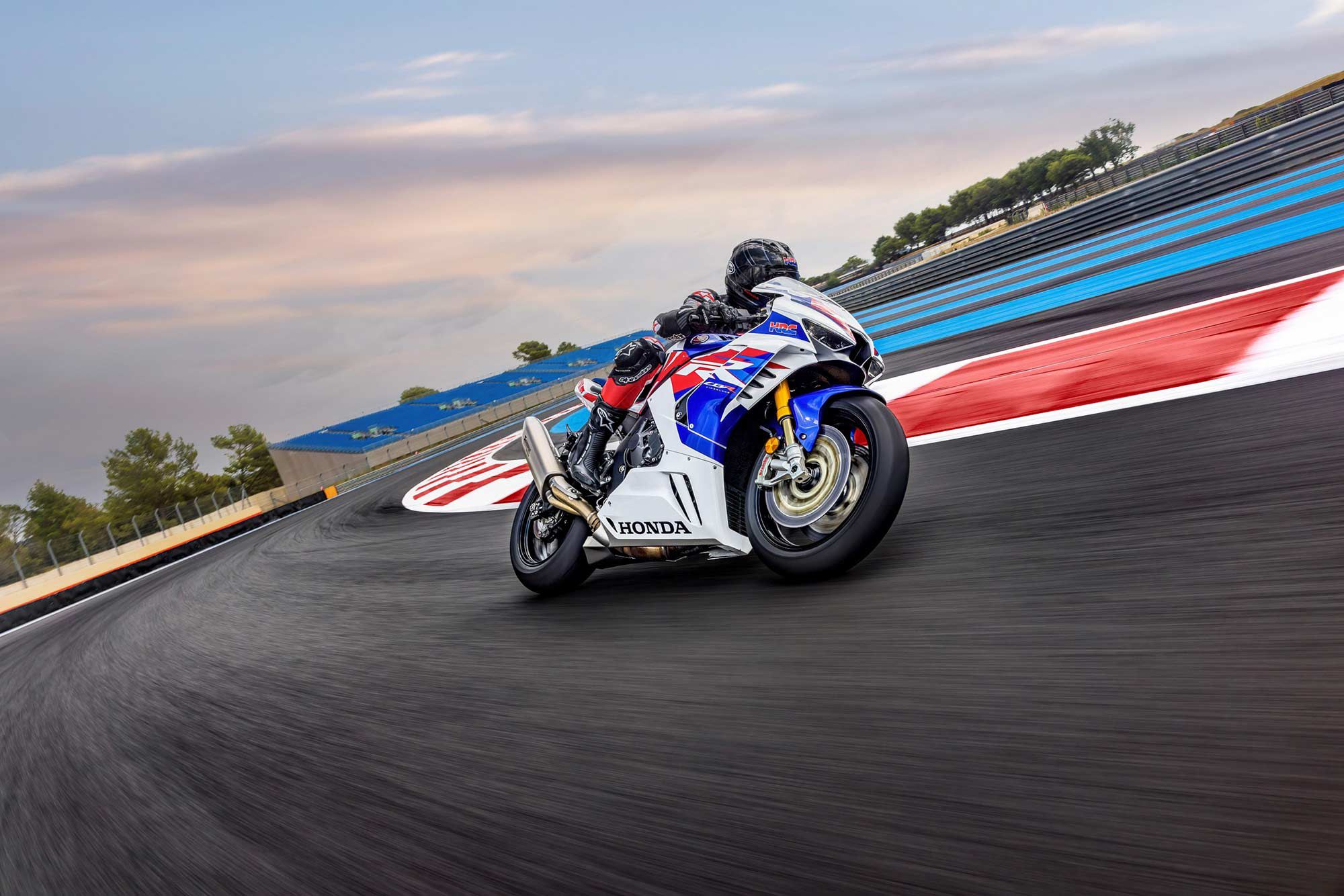 Honda’s 2022 Fireblade gets significant changes in the engine department, including a new airbox and revised intake ports. (Honda/)

After a clean-sheet redesign for the 2020 Fireblade catapulted Honda’s flagship back to the top of the superbike performance league, you might have thought the firm would rest on its laurels for a bit. But no; for 2022 there are some significant improvements as Honda hones the ‘Blade even further, plus a new 30th Anniversary Edition. With some 214 hp at its disposal, the CBR1000RR-R certainly earned its extra “R” for 2020. Even so, the bike’s on-track performance hasn’t met Honda’s lofty expectations. No doubt the firm planned to have at least one more WSBK title on its shelves by now, but racers have struggled to get the latest-generation Fireblade to live up to its on-paper potential.

Related: How Much Power Does the Honda CBR1000RR-R Fireblade SP Make? Leaked details earlier this month indicated that changes were coming to the 2022 Fireblade; now Honda has confirmed them, revealing that they run deeper than even we expected.

Although the official power remains unchanged at 160kW (214 hp), torque has dropped slightly from 83.3 pound-feet to 82.6 pound-feet, matching expectations set by the leaked information. The figures still arrive at the same revs as before; 14,500 rpm for peak power and 12,500 rpm for max torque. But the tiny differences in performance are barely sufficient clues to the depth of changes made to the bike.

The engine, all new just two years ago, has been heavily tweaked, with revised intake ports, narrower than before to increase the air velocity into the combustion chambers and bump up torque, along with an increased compression ratio of 13.4:1, up from 13.2:1. A new airbox, modified to improve flow, feeds revised intake funnels, with the center pair shorter by 15mm, and all four getting new, slash-cut shapes.

On the other side of the engine, the exhaust is modified with a new center section and redesigned catalytic converter, both intended to improve gas flow. Elsewhere, the throttle is modified to make it easier on the wrist, no doubt further emphasizing the impression of improved response. More notably, the rear sprocket has gained three teeth, rising to 43 in total, reducing the final drive gearing for better acceleration. That sprocket change, and the longer chain that comes with it, explains the fractional increase in wheelbase for the 2022 Fireblade. 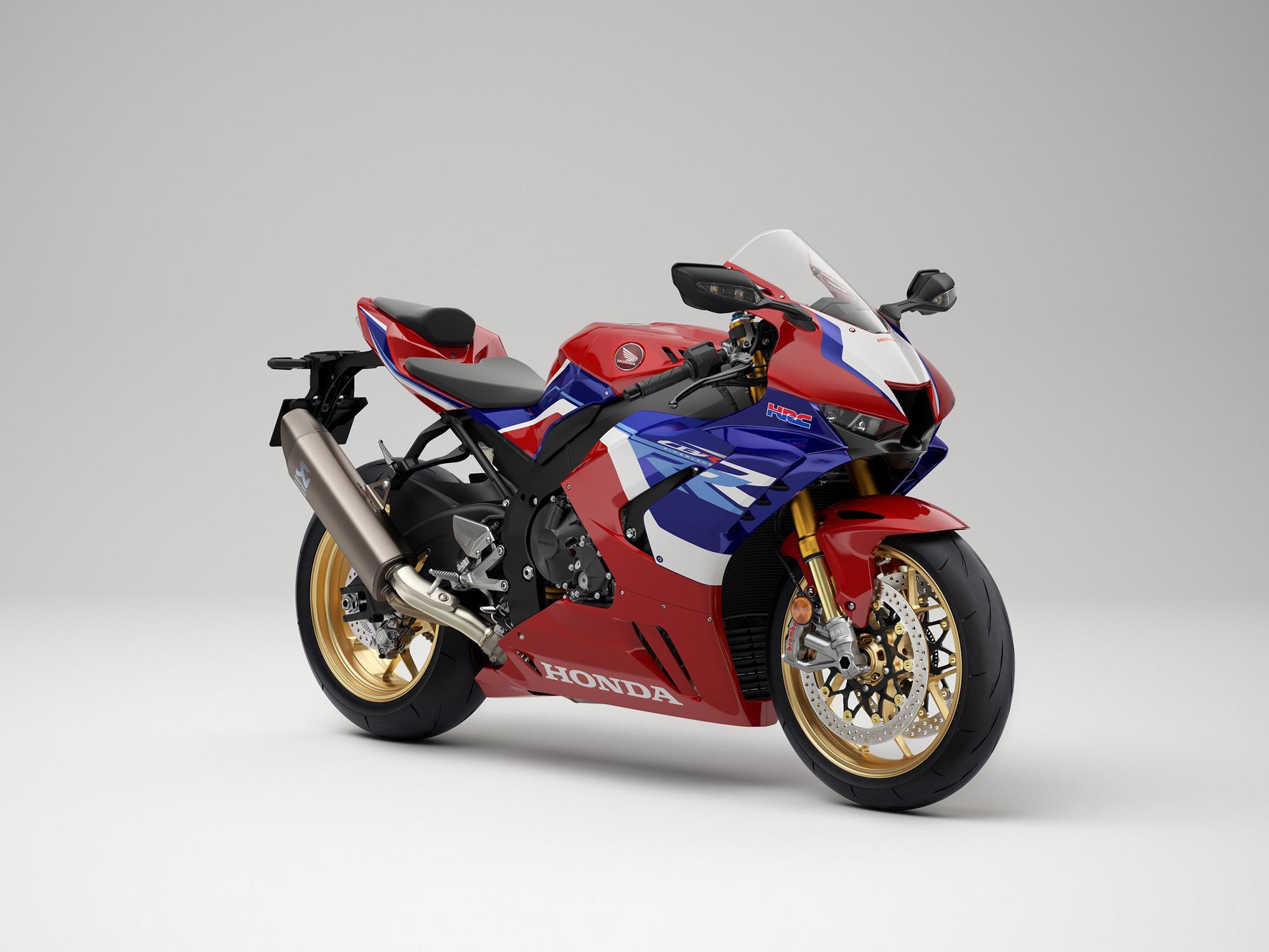 As before, the base version features Showa suspension and Nissin brakes, while the up-spec CBR1000RR-R SP model gets Öhlins electronic suspension and Brembo Stylema calipers.

However, if you’re opting for the Fireblade SP in 2022 there’s an extra decision to make, as Honda has added a limited 30th Anniversary Edition to the range. Flaunting a tricolor paint scheme from the pen of Hiroaki Tsukui, the artist responsible for the original 1992 Fireblade’s brush-style graphics, the bike is a clear tribute to the very first generation. Other nods to the original include a blue pillion seat. The Anniversary’s TFT dash also gets a new start-up screen to distance it from the normal SP, along with 30th Anniversary logos on the Akrapovič exhaust, the tank, and key fob, plus a laser-etched top yoke including the individual serial number for each bike. 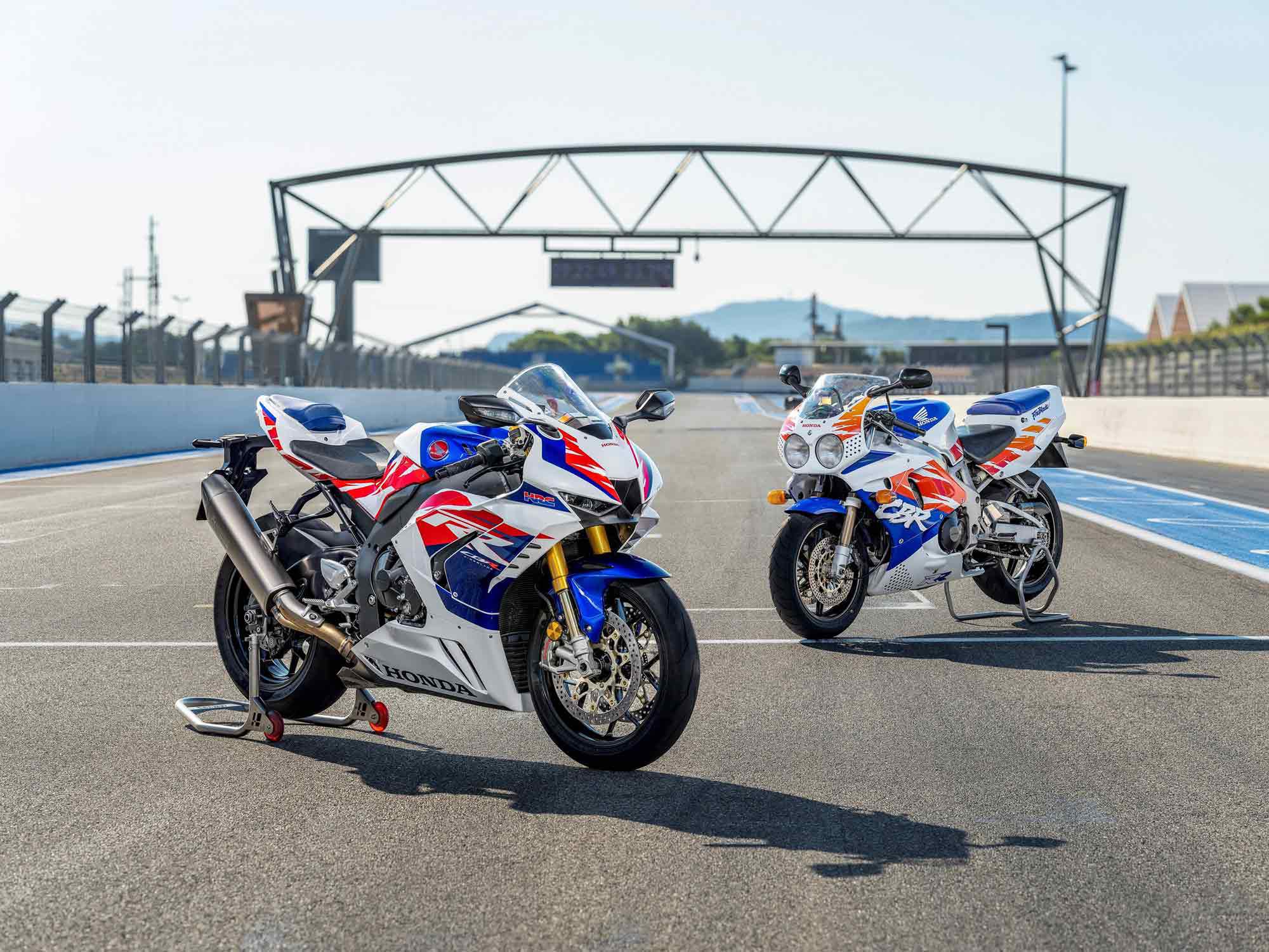 But if you opt for the 30th Anniversary Edition of the SP model, you also get a striking tricolor paint scheme which pays homage to the original 1992 model. (Honda Motor Co./)