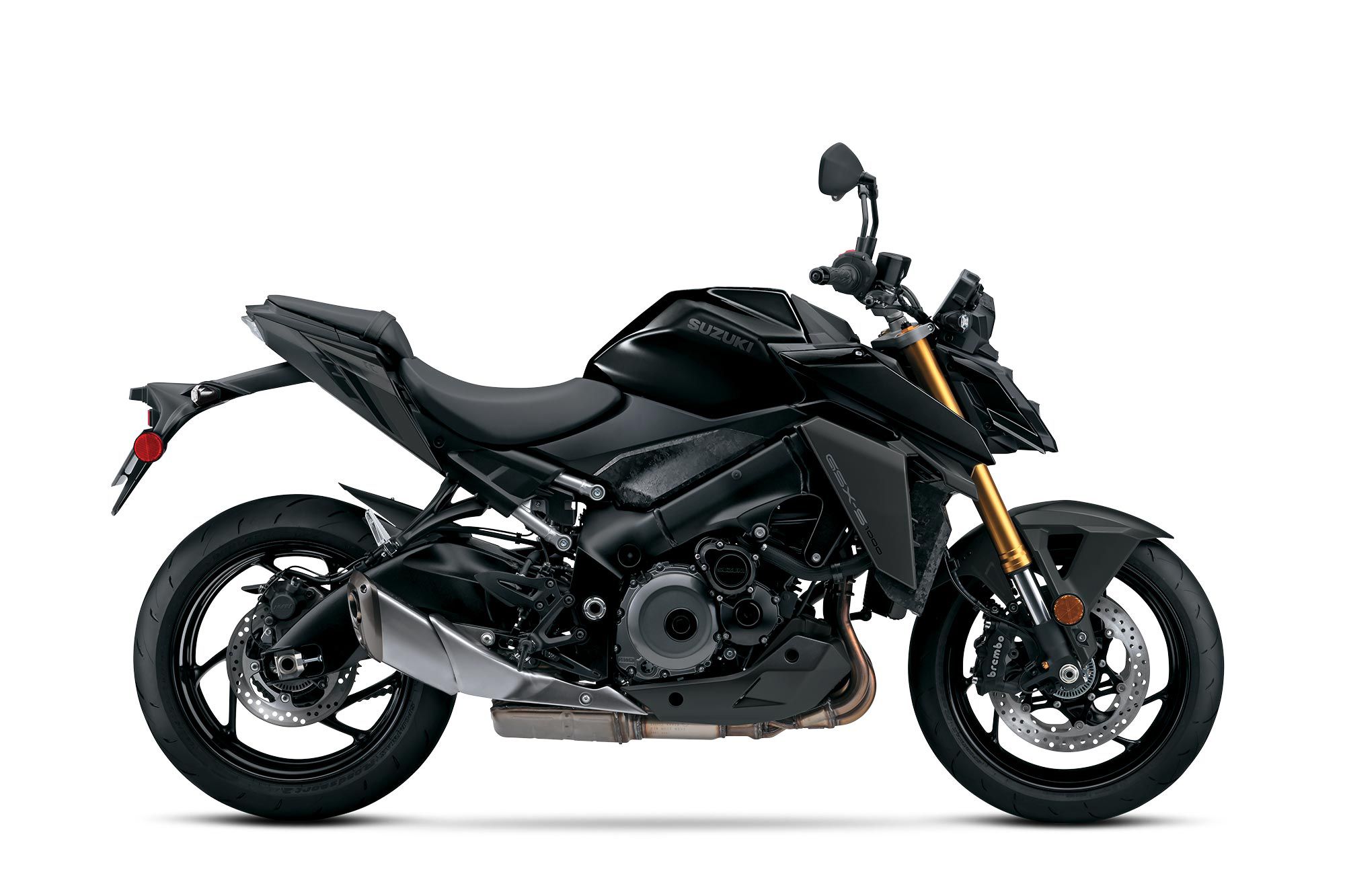 The 2021 GSX-S1000 sees the most changes since its 2015 introduction. Added rider aids, more torque and power, and revised appearance make it a more tempting naked literbike from Suzuki. 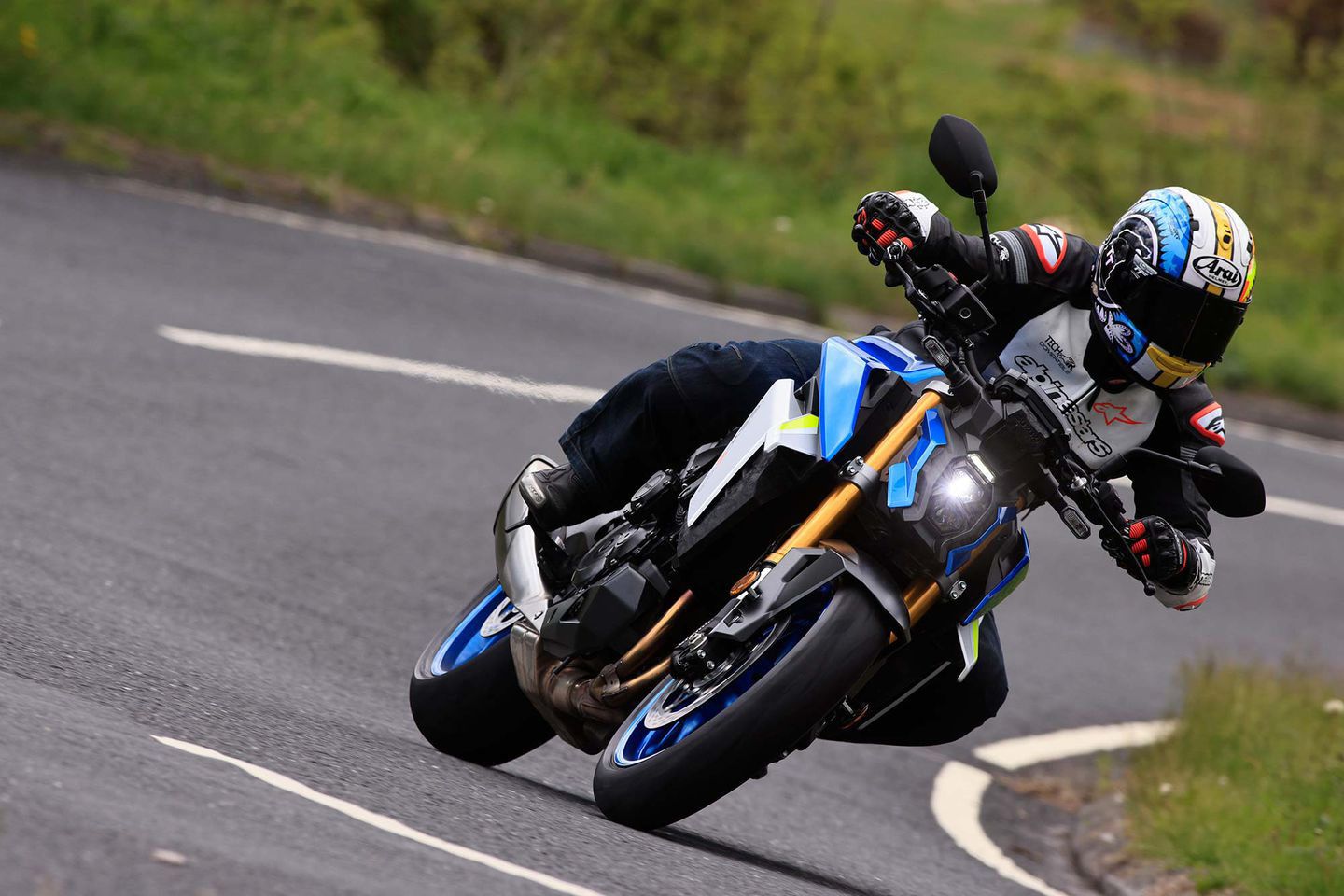 Suzuki has been incorporating GSX-R1000 power in standard bike form seen in the GSX-S1000 since 2015. That power, along with a compact chassis and upright riding position, makes this bike suitable for daily riding and potential trackdays. Now, it sees the first major overhaul since its intro with updates to the engine, tech, and bodywork.

To read the full low down on 2022 updates, be sure to read our 2022 Suzuki GSX-S1000 First Look. Changes in a nutshell include: the Euro 5-compliant engine has new camshafts, valve springs, throttle bodies, airbox, and 4-2-1 exhaust; a new ride-by-wire system with two additional traction control modes and three ride modes; a slipper and assist clutch; up/down quickshifter; and different ergonomics, bodywork, and lighting.

At the time of writing, the revised GSX-S1000′s MSRP is to be determined. For reference, the last generation started at $11,099. The new version is available in Glass Sparkle Black, Metallic Matte Mechanical Gray, and Metallic Triton Blue.

At the heart of GSX-S is a revised 999cc liquid-cooled inline-four engine that the manufacturer claims to have been refined to not only meet Euro 5 standards, but also provide a broad, smooth torque curve and increased horsepower. Claimed power figures are 150 bhp at 11,000 rpm and 78 pound-feet 9,250 rpm. A slipper/assist function and quickshifter are now standard with the six-speed transmission.

In Motorcyclist’s first ride review, the GSX-S’ midrange is pegged as inspiring. “It drives like a streetbike with a far greater capacity as it serves up bucketloads of grunt—and does so from almost anywhere in the revs. Time and again during our test I would go back a gear or two on the now-standard (and supersmooth) up-and-down quickshifter to make a brisk overtake, but it wasn’t necessary. Drive was instantaneous and mighty.”

Despite a slight weight increase to a claimed 472 pounds, we found “the Suzuki still steers well, and that weight lends a robust feel to the handling.”

Further, the 43mm KYB fork is impressive and effective in normal riding. The rear shock on the other hand approaches its limits when coming in hot on bumpy corners and road undulations, but provides great feedback when the road is smooth. The bike also handles the track environment with impressive composure.

Dual 310mm discs and Brembo four-piston calipers make up the front of the GSX-S1000′s brakes. The rear is managed with a single 240mm disc and Nissin one-piston caliper. ABS intervened early during our track testing, and under hard braking everything felt controlled and well managed. 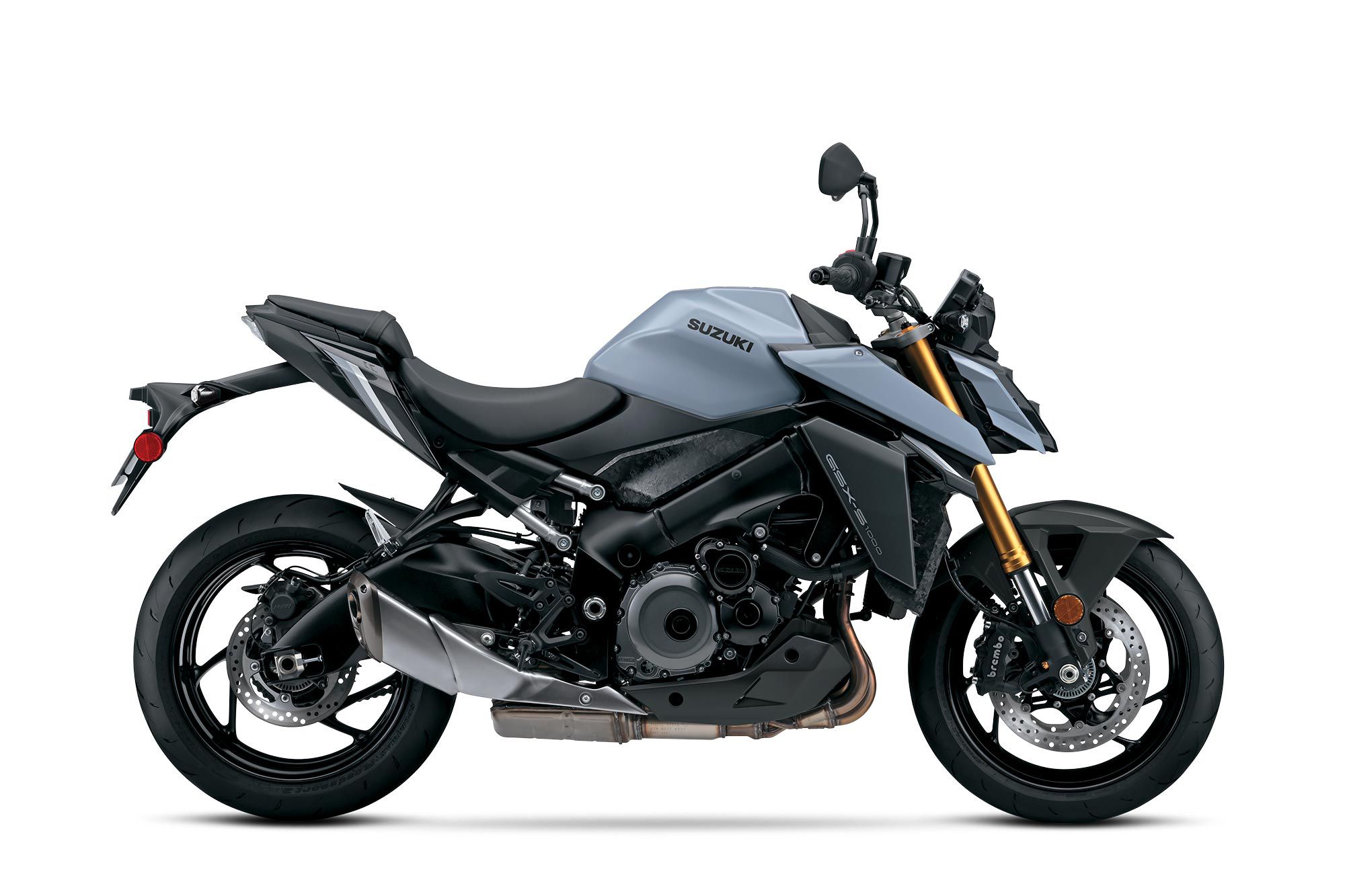 Real-world or claimed mpg is not available at this time. The fuel tank capacity has increased to 5.0 gallons, up from the prior model year’s 4.5.

The GSX-S1000 has more upright ergonomics especially compared to its GSX-R1000 cousin, and this year slight adjustments to the tapered handlebar give it an even more upright riding position. The bars are now 23mm (0.9 inch) wider and 20mm (0.78 inch) closer to the rider. The seat height has been lowered to 31.9 inches and both the pilot and passenger’s foam seat have also been reshaped for improved comfort. 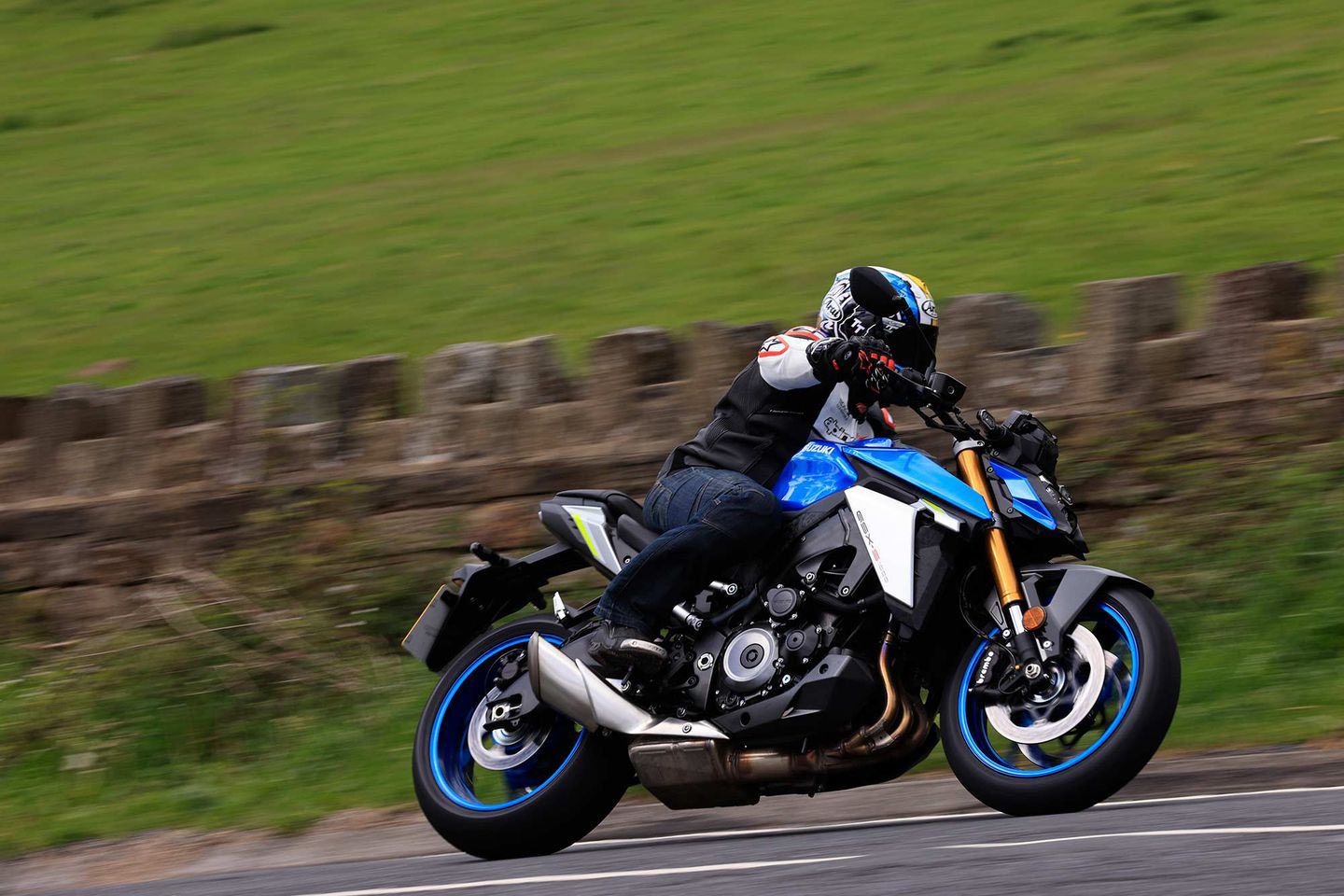 The obvious change in electronics is the stacked LED headlight, and LED taillight and indicators and behind the bars there is also a revised LCD dash. The bike’s revised ECM communicates quicker with other electronics like the electronic throttle bodies and bidirectional quickshifter. There are also three ride modes (Active, Basic, and Comfort) as well as five-mode traction control and standard ABS.

A 12-month unlimited-mileage warranty comes with the purchase of the newest GSX-S1000. Suzuki offers extended coverage through the Suzuki Extended Protection (SEP) program.

Some riders may find that even with all the updates the GSX-S1000 sees for 2022, it may still be a bit basic when it comes to specs, but the GSX-S1000′s face-lift and changes do improve the overall look and function. 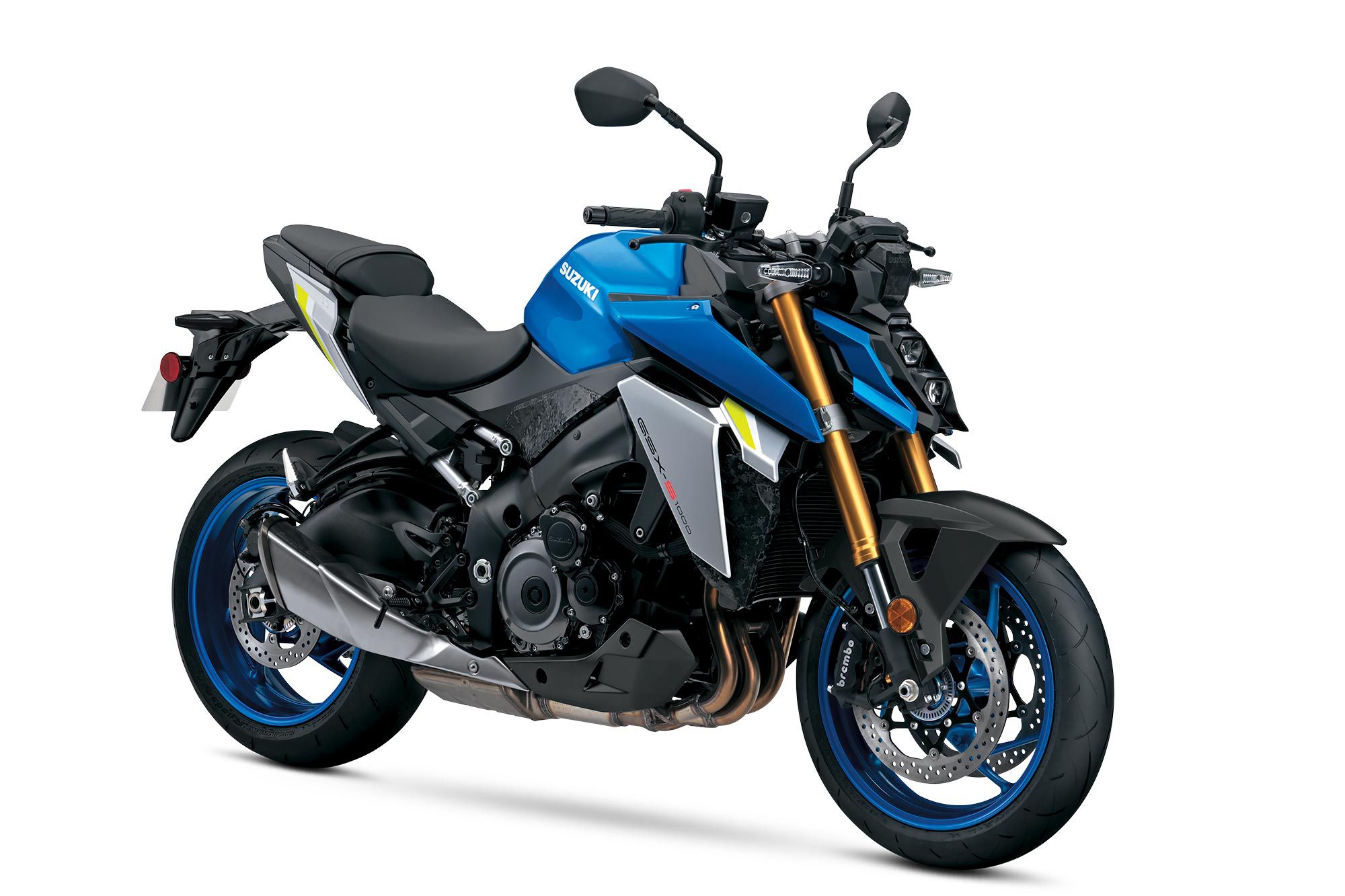