2022 Manx Grand Prix Planned For August With A Revised Format 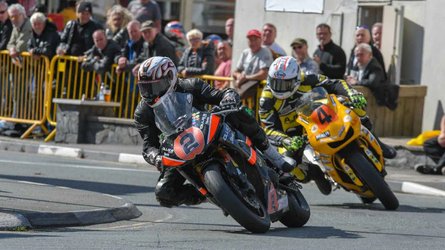 Back in August, 2021, organizers behind the Manx Grand Prix and Classic TT events announced that both events were under review. This news came ahead of the Manx GP’s 100th anniversary in 2023. The Classic TT, meanwhile, has only been on the calendar since 2013, and was canceled due to the pandemic in both 2020 and 2021.

Fast-forward to January, 2022, and both the Isle of Man Government Department for Enterprise and the Manx Motor Cycle Club have come to some important decisions. After taking several factors affecting the local community into account, organizers are doing away with the Classic TT title entirely. The spirit of the event will remain, but it will be folded into the newly-restructured Manx Grand Prix.

Additionally, the 2022 Manx Grand Prix will be shortened, going from 14 days down to nine. The current dates are set for August 21 through August 29, 2022. These decisions were made after taking factors including cost benefit analysis, safety and risk management, residential and business impact of road closures, and also provisions for sufficient event marshalling throughout the event into account.

ACU Events, which also handles the Isle of Man TT, will organize the 2022 Manx Grand Prix. The format for the event is now revised to include the following five races:

Those familiar with the previous Manx GP and Classic TT formats may note that there’s no separate newcomers’ race mentioned. According to organizers, while this is indeed the case, newcomers will continue to be welcomed to participate in all the other Manx GP races.

This Is Every Electric Motorcycle You Can Buy Today