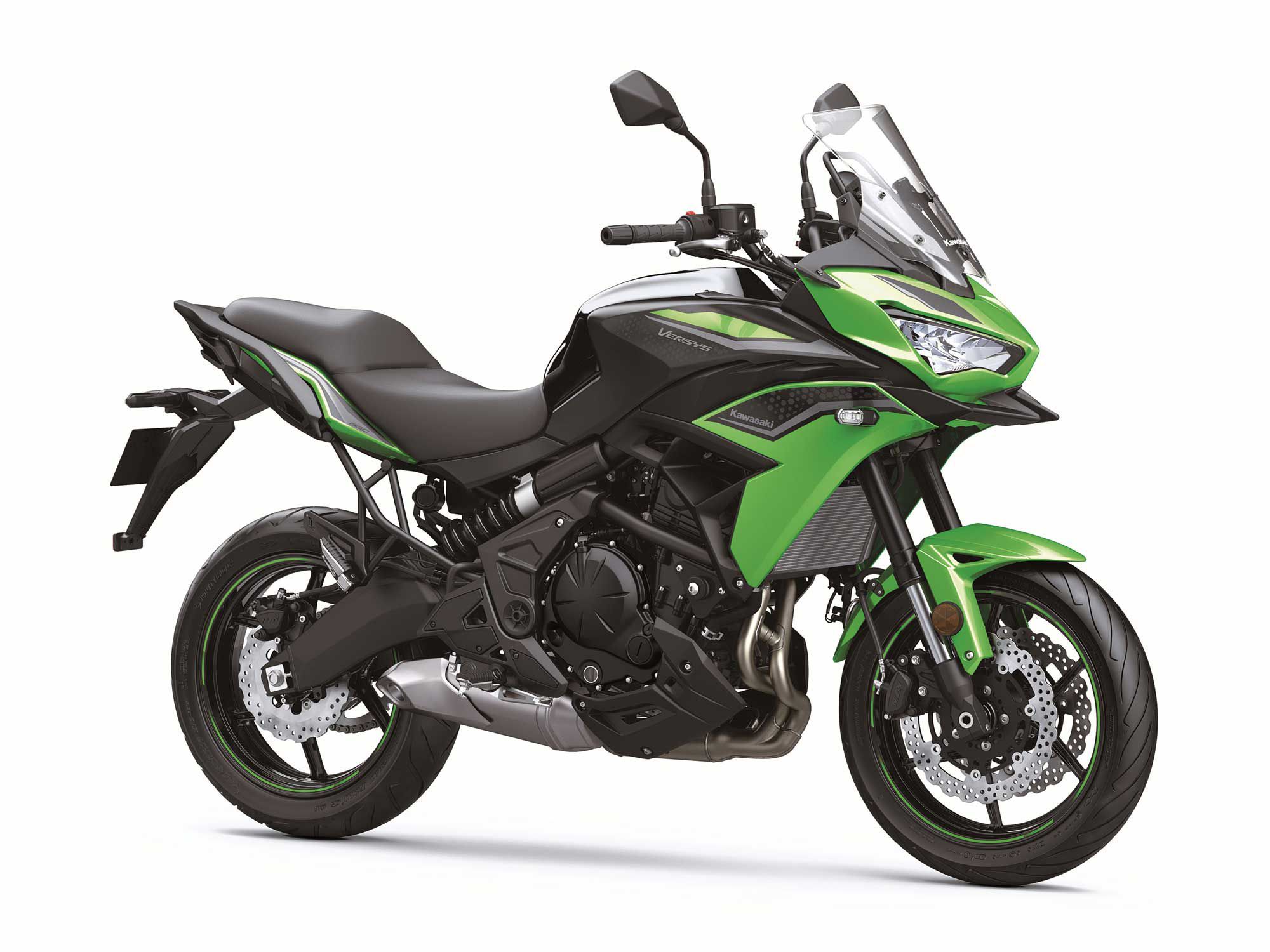 The second-generation Kawasaki Versys 650 gets sharper styling up front to match its Versys 1000 brethren, along with a few tech upgrades. (Kawasaki/)

The vague teaser ads and technical document leaks are over, and as we suspected, Kawasaki has included next-generation Versys 650 and 650 LT models in its remaining releases for the 2022 model year. Both models get significant upgrades, most of which focus on tech and comfort enhancements along with a styling refresh, but they remain essentially unchanged in terms of basic specs like chassis and engine architecture. 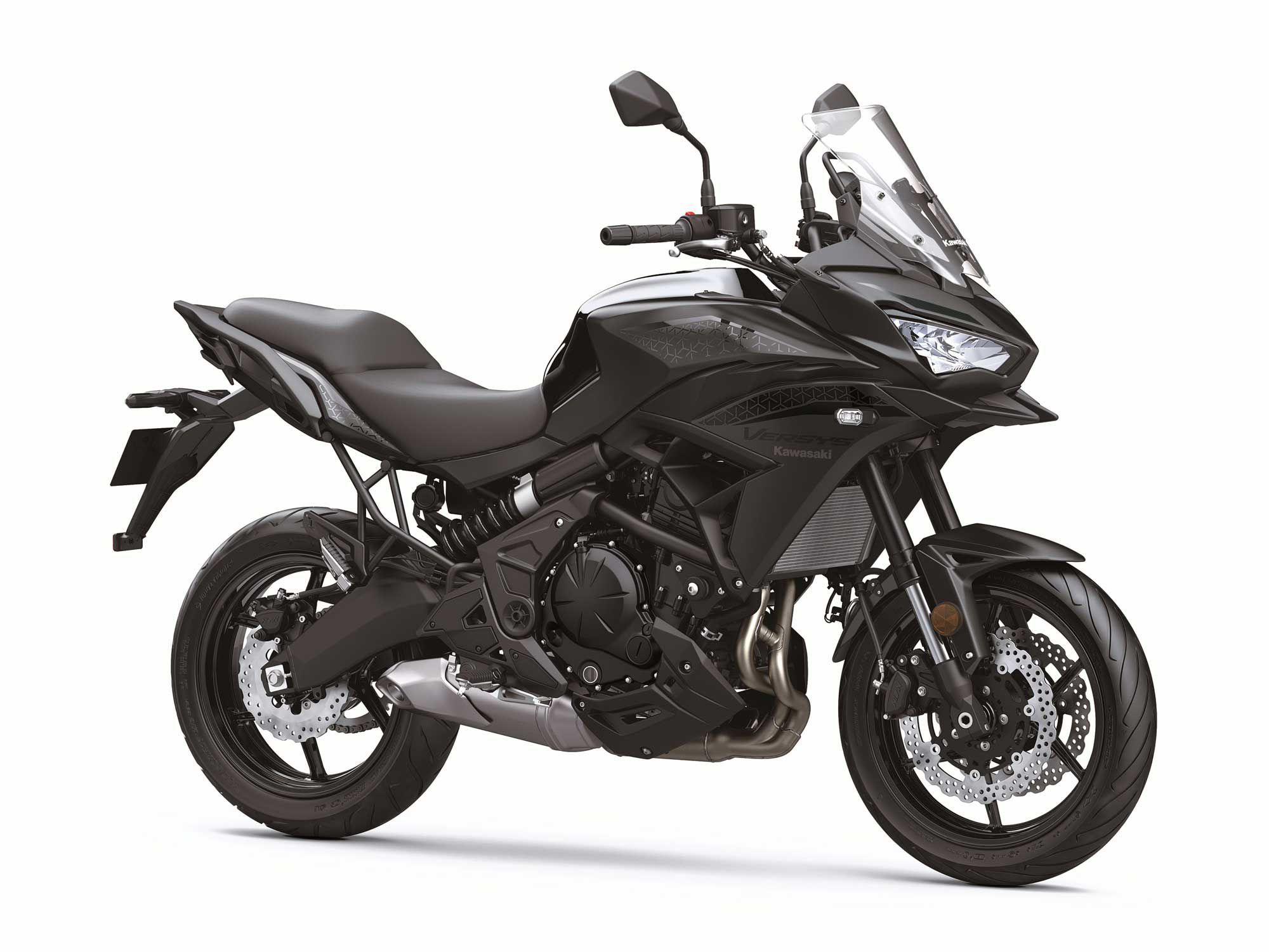 Front cowl styling and LED headlight is new, as is traction control (standard) and a new TFT display. (Kawasaki/)

We already knew the 2022 Versys wasn’t going to be a ground-up redesign, and the official unveiling at EICMA confirms that core elements like the tractable 649cc parallel-twin engine and steel frame with long-travel Showa suspension are indeed carried over to the 2022 models. Of course that’s not a surprise, given that the powerplant was recently refined to meet Euro 5 emissions standards, so the current performance numbers of 65.7 hp at 8,500 rpm and 45 pound-feet of torque at 7,000 rpm (our own dyno testing has shown 59.60 hp and 41.55 pound-feet, respectively, for the older model) are likely to stand as well. The same goes for the chassis which retains its 55.7-inch wheelbase and 17-inch cast aluminum wheels at either end, the latter shod with Dunlop Sportmax D222 rubber. 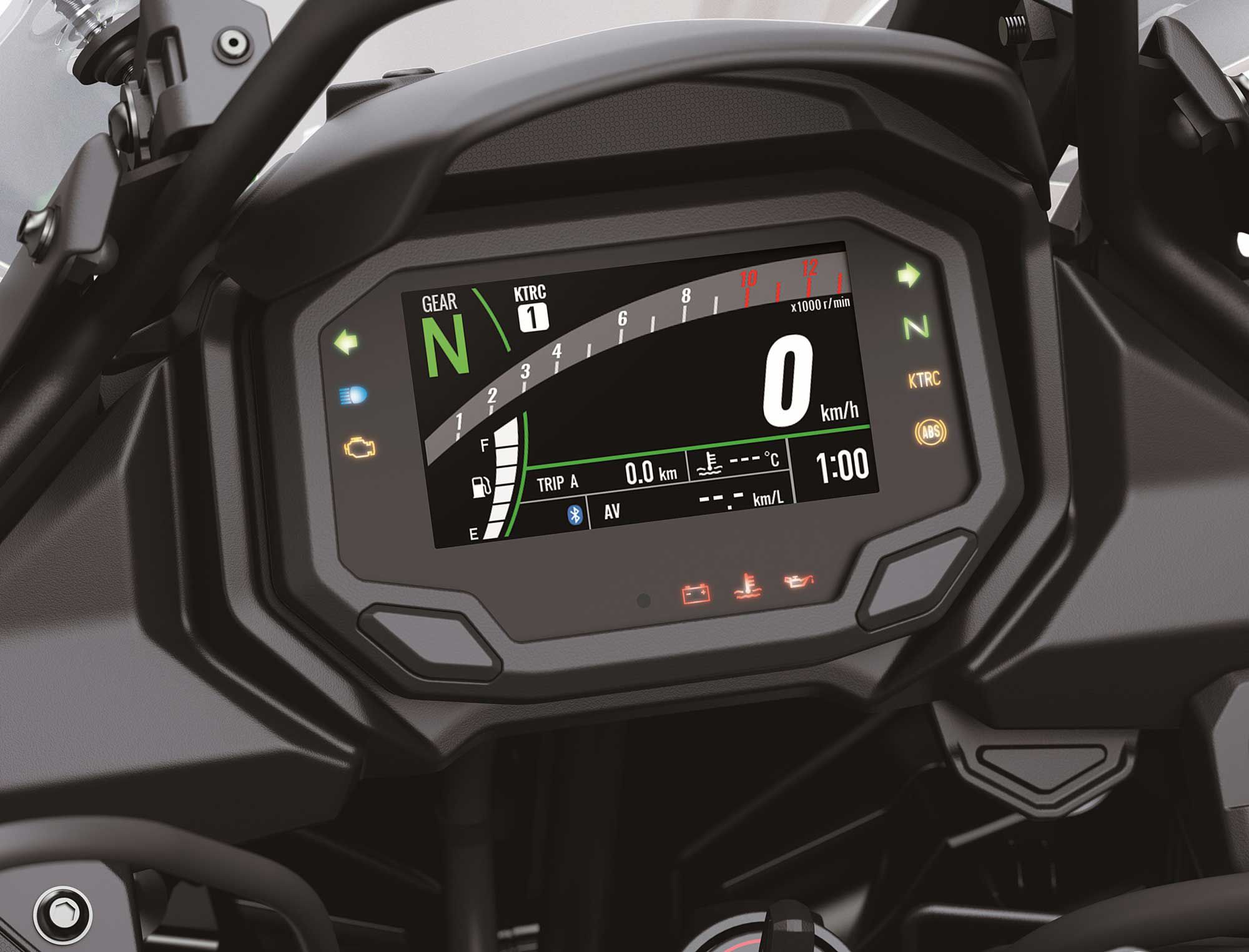 Welcome upgrades for the new 2022 Versys 650 include traction control, which makes its very first appearance on this model. The system, known as KTRC (Kawasaki Traction Control), uses several data inputs to dial in optimal traction, with riders having a choice of two modes to adjust the system’s settings to suit them. Mode 1 is the least intrusive, while Mode 2 kicks in earlier to reduce engine output when excessive wheelspin is detected. The traction control can also be disabled via a handlebar-located switch; ABS is also standard on the new model.

Of course you need a way to access that traction control, which is where a more modern instrument panel with new 4.3-inch full-color digital TFT display comes in. You can choose the background color (black or white) and the screen brightness automatically adjusts based on the ambient light to highlight features like a digital speedometer, tachometer, gear position indicator, fuel gauge, odometer, dual tripmeters, fuel consumption, range, service reminders, and more. The display can also be paired to a compatible smartphone device and the Kawasaki Rideology app, which then allows you to access instrument functions as well, like the fuel gauge, odometer, and maintenance schedule. You can also set your ride mode in advance via the app. 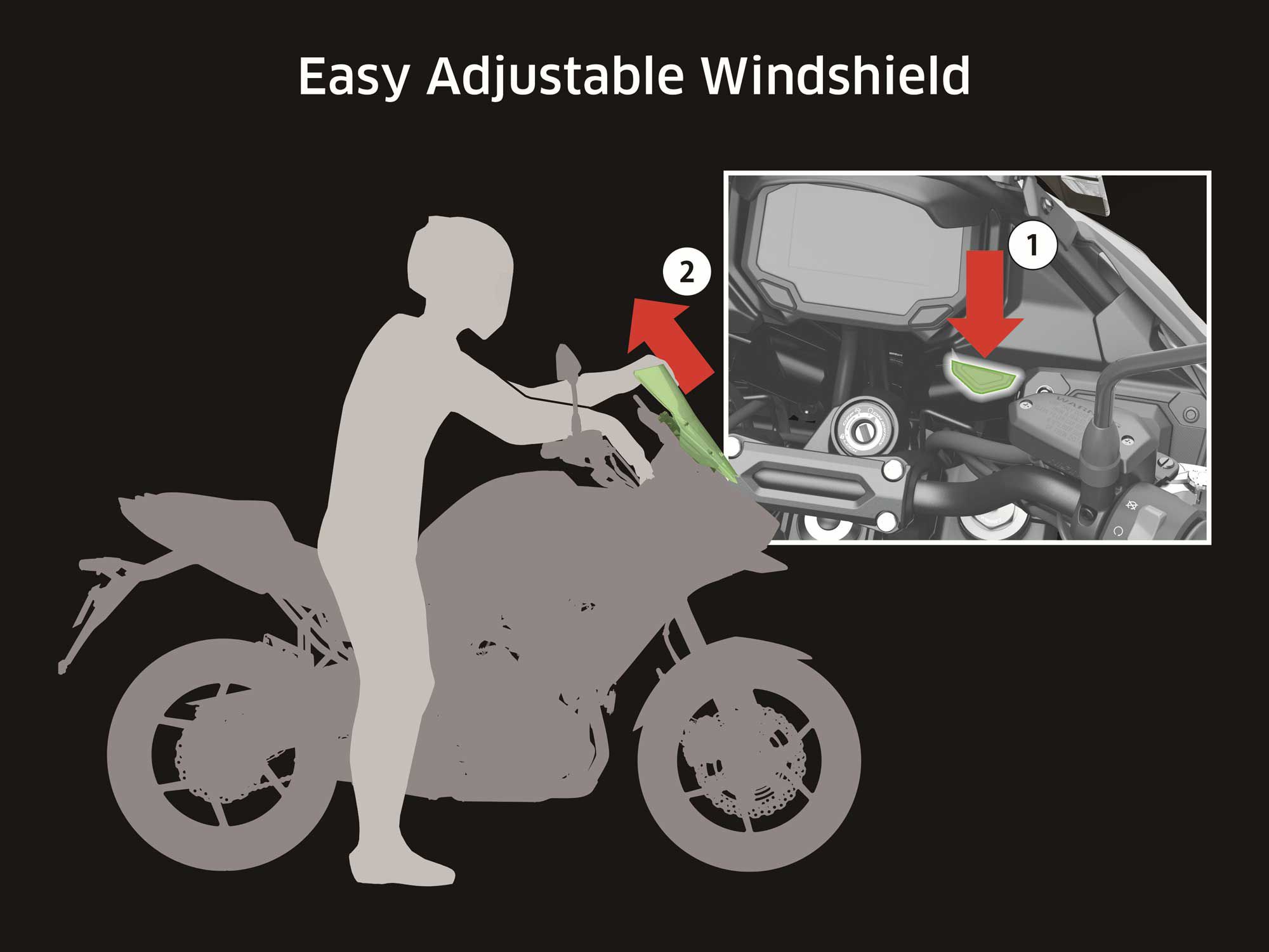 That new shield is adjustable for four positions and in 1-inch increments, for a total of 3 inches of adjustability. (Kawasaki/)

More readily noticeable is the updated styling of the 2022 bikes, which brings a sharper upper cowling and surrounding bodywork that flows to an edgy and compact tailsection with an LED light. The undercowl is redesigned as well, and new graphics adorn the tank and side covers for an overall look that brings the 650 more in line with its larger Versys 1000 cousin. Capping the revisions up front are new, more aggressively positioned LED headlights along with a new four-way-adjustable windshield. According to Kawasaki, that shield offers riders a way to adjust airflow, with four position settings available to choose from. The settings vary the height of the shield in 1-inch increments with 3 inches of total adjustability, and can be selected using a release button below the TFT screen.

The Versys 650 LT, meanwhile, takes the base model and adds Kawasaki quick-release 28-liter saddlebags and hand guards as standard equipment, so it’s touring ready right off the dealer’s floor.