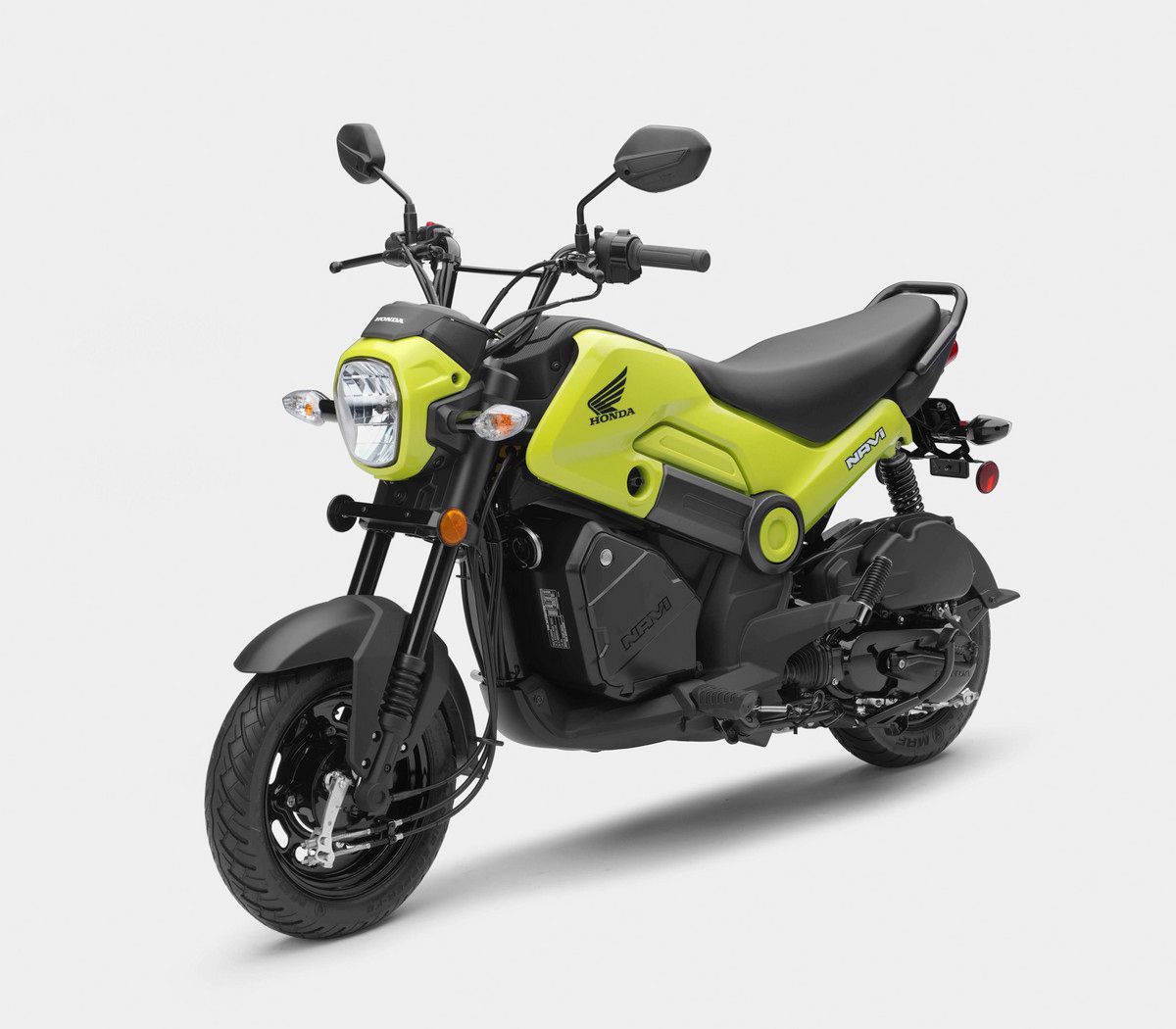 Despite often catching flak from serious motorcyclists regarding some of its models that are aimed at attracting nonenthusiasts, Honda continues to show why it’s remained the market force by the success stories built upon many of those bikes. Case in point: Honda’s miniMOTO series of very-small-displacement bikes like the Grom, Monkey, and even the Ruckus scooter. Most riders turned their noses up at these little machines, but that didn’t stop them from flying out of showrooms. The Grom has sold more than 750,000 units worldwide since its 2014 debut, and Honda’s entry-level lineup from the miniMOTO family on up to the 300cc machines such as CRF300L, Rebel 300, and CBR/CB300R sold nearly 40,000 units in September of this year. The Grom, Monkey, and Ruckus each have their own cult following built around wild customizing, with rides and events centered on those machines occurring around the world.

For 2022 the newest member of Honda’s miniMOTO family is a bike that straddles the gap between scooter and motorcycle called the Navi. Intended as a mobility alternative to other forms of personal and public transportation, the Navi offers scooter-type approachability features like a CVT automatic transmission, small overall size, low 30.1-inch seat height, keyed storage compartment, and gas-sipping engine rated at 110 mpg. But it carries a motorcycle’s style and feel with its medium-rise handlebar, well-padded and well-shaped seat, and actual footpegs instead of step-through floorboard.

The Navi’s big selling point, however, is the price: Honda is listing the Navi at $1,807. That is significantly lower than the Grom, Monkey, and even the bare-bones Ruckus. Come to think of it, there aren’t even that many scooters under that price, and they’re all electric (many with questionable build quality and range). 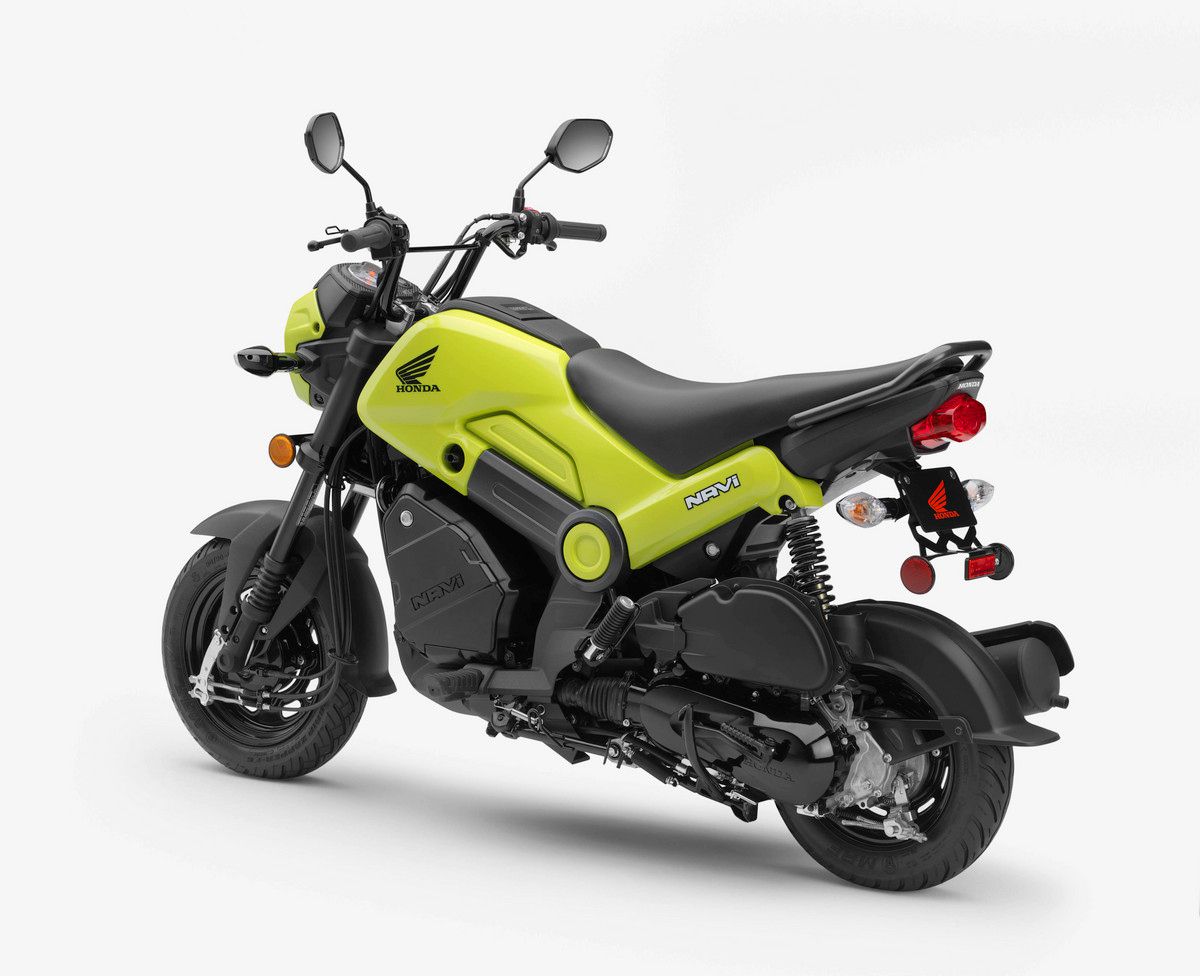 Scooter approachability and power with small-motorcycle ergonomics—the 2022 Honda Navi in a nutshell. (Honda/)

That range and the low sticker price are mostly where Honda is hoping the Navi can showcase its viability as a mobility alternative in urban environments. No electric scooter can approach the Navi’s range (with its 0.9-gallon fuel tank and gas-sipping 109cc four-stroke engine, about 100–110 miles, so you won’t have to constantly be looking for a electrical outlet at each stop and/or limiting your trips), and with that kind of efficiency, it will usually be cheaper in the long run than public transportation, including rideshare apps.

Like the Grom, Monkey, and Ruckus, Honda is hoping to also create a cult following for the Navi as well. Its body panels are easily removable for paint and customization, and the company has already been working with several shops and aftermarket outfits to showcase what can be done to it. 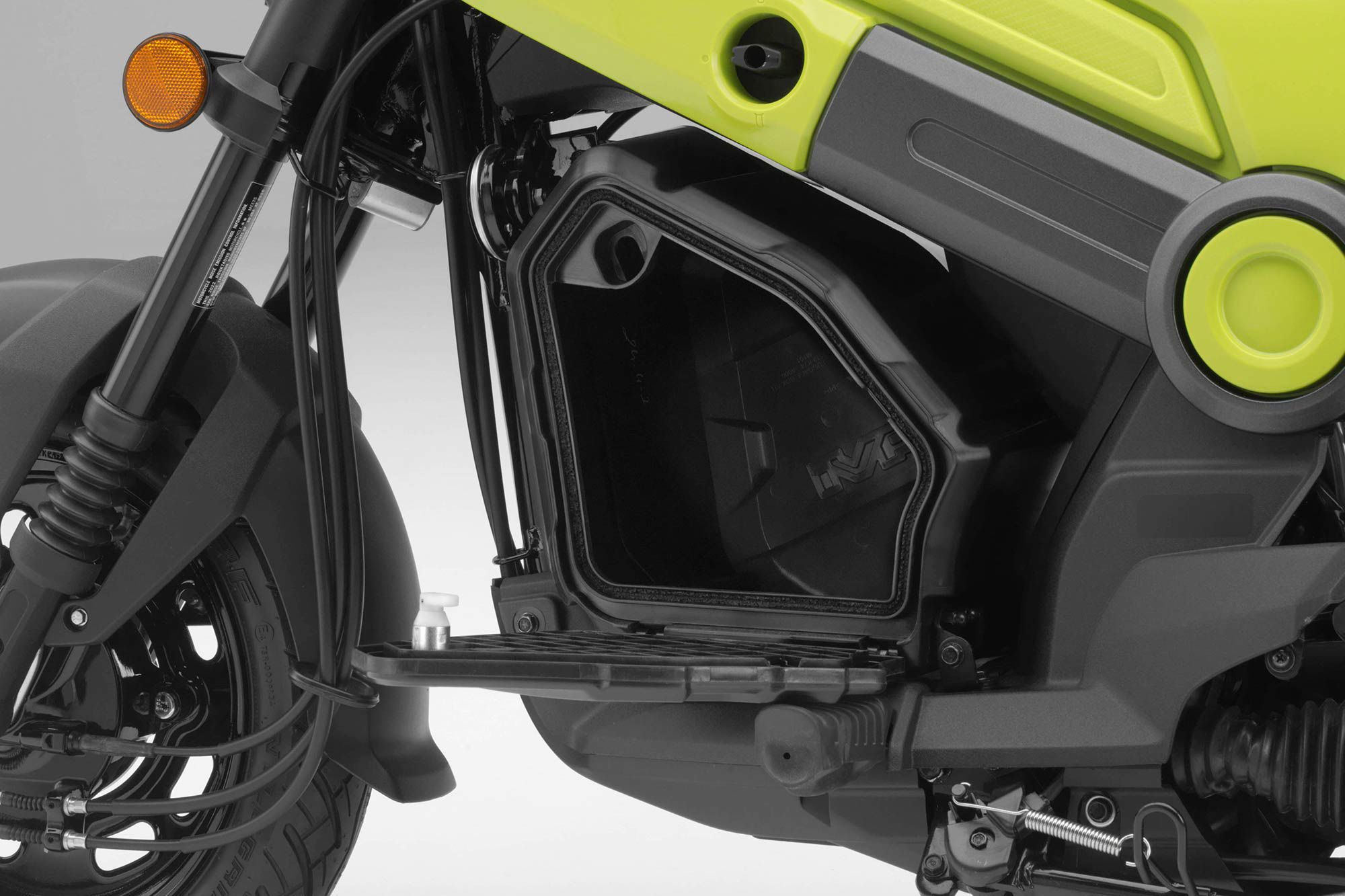 The Navi features a lockable storage compartment in the middle of the chassis. (Honda/)

The Navi has actually been available in other markets for several years, but Honda obviously feels the time is right to bring its form of mobility to these shores. Dealership availability is scheduled for January 2022 (February for California), and available colorways are Red, Nut Brown, Ranger Green, and Grasshopper Green.