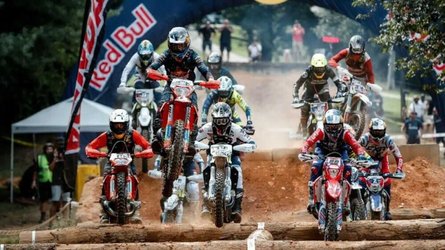 Get ready for some of the hardest enduro riding competitions in the world. The 2022 FIM Hard Enduro World Championship will go for eight rounds this year, with three new venues for riders to compete in.

COVID-19 restrictions forced the series to enter into a two-year break in the interest of health and safety. The series resumed in 2021, and now the 2022 series opener is scheduled on April 5 to 7, 2022, and racers will first compete in Israel. Following that, the series heads into the Serbian wilds for the Xross Hard Enduro Rally in May.

A fan-favorite track is making a return, and that’s Red Bull Erzbergrodeo, which will be the venue in June. Round 4 will be in the picturesque mountains of Abetone in Italy and will be hosted at the Abetone ski resort in the Tuscan region of the country.

The next venues will be held in North America. The Red Bull TKO is the next stop in Tennessee, USA. Round six will kick off in the States on August 13 and 14. Following that, the series heads north into Canada, at the Red Bull Outliers, one of the hardest enduro courses in Alberta, Canada.

Then, it’s back across the Atlantic to hold the final round of the series in Hixpania, Spain, which is to be held in early October. The whole series will last for a total of seven months from the opener all the way to the series finale. Here’s a handy summary of the eight-round series schedule for you:

Give Your Yamaha R1 A 2020 Model Makeover With This Kit