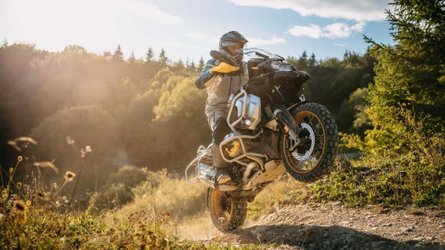 Despite the lurching, emotional rollercoaster ride that was 2020, motorcycle OEMs, including BMW Motorrad, mostly had very good years. After all, it’s not difficult to understand why both new and returning riders would want to get on some bikes and ride very far away from things for a while, is it? Perhaps it shouldn’t surprise us to learn that 2021 was even better for BMW.

How much better? While 2020 represented what was, up until that point, BMW Motorrad’s second-best annual sales figures ever, 2021 broke BMW’s previous record entirely. Throughout 2021, BMW Motorrad managed to shift a total of 194,261 motorcycles to customers all around the world. That’s a 14.8 percent increase over its 2020 number of 169,272. Prior to tallying its 2021 figures, BMW Motorrad’s best sales year on record was 2019, where the company sold 175,162 motorbikes worldwide.

What was BMW’s most popular model in 2021? As you’ve probably already guessed, it was the 1250 GS, which has been and remains extremely popular among riders worldwide. In a world where so much is changing, that tried-and-true fact may almost seem comforting, in a way. Around 60,000 1250 GS bikes found their way into new customer hands. Additionally, BMW says the R 1250 RT, R 18s, and S 1000 R also went over well with the public.

2022 will be an interesting year to mark in the BMW Motorrad timeline, in part because of the introduction of its unique vision for electric two-wheeled mobility, the CE-04. While BMW previously introduced an electric scooter in its C Evolution, that scoot still resembled other combustion-engined scooters in BMW’s C series, thus raising the question of what someone riding an electric scooter actually wants from their machine.

In terms of both aesthetics and practicality, that’s a question that likely has a wide variety of answers. Is the CE-04 a good answer? At this point, it’s not clear. As well, purchasing a CE-04 is also probably not a decision any rider will make lightly. Starting at nearly $12K in the U.S., it’s seemingly the opposite of that very British phrase “cheap and cheerful.”

However, it’s also an extremely unique and bold design exercise—one unlike anything BMW Motorrad or indeed any other OEM has produced so far. Will new riders—perhaps even those who’ve never considered throwing a leg over any type of powered two-wheeler before—find inspiration within?