Austrian motocross rider Rene Hofer had a coming-of-age year in the MX2 2021 season. On October 27, 2021, the 19-year-old rider captured his first Grand Prix win at the Grand Prix of Pietramurata (Germany). In addition to his first win, Hofer also topped the MX2 standings at the 2021 Motocross of Nations and finished sixth overall in the 2021 standings.

Following the successful season, many considered Hofer a rising star in the motocross world. Red Bull KTM had high hopes for the young talent, especially after he became the first Austrian to win a Grand Prix since Heinz Kinigadner in 1987. 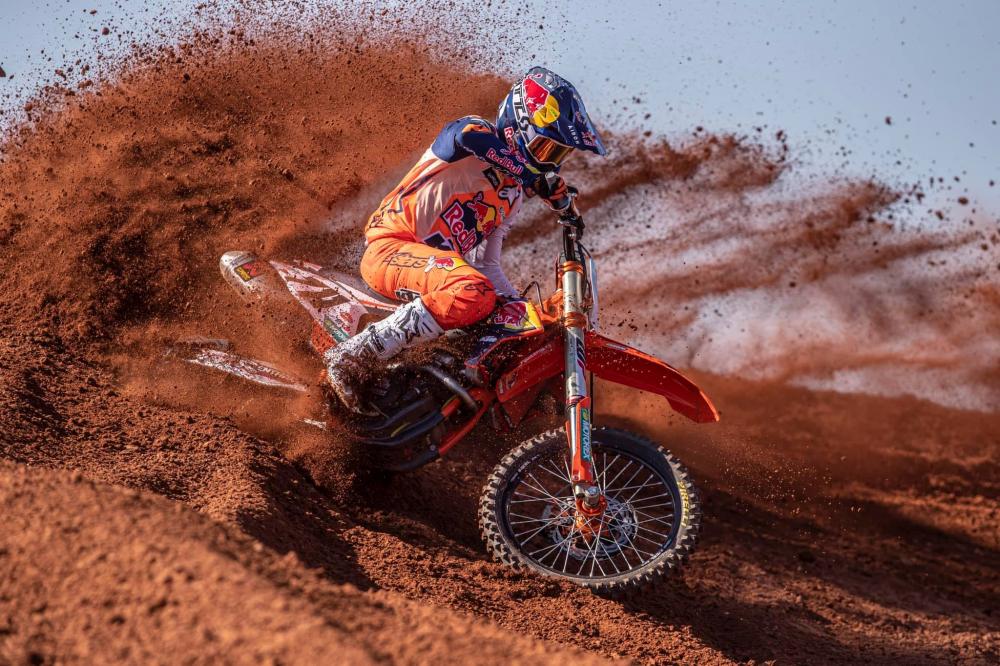 Sadly, Hofer died in an avalanche at a Lackenspitze, Austria, ski resort on December 4, 2021. According to local reports, the 200-meter-wide avalanche hit a group of 11 skiers. Three skiers, including Hofer, were buried in snow, and police noted that several others were partially buried. Despite emergency responders immediately jumping into action, they couldn’t save Hofer, a fellow 19-year-old skier, and another Austrian of 24 years.

The entire motocross world mourns the death of the rising star, but KTM sends its condolences to Hofer’s family, friends, and fans with a prepared statement.

“The whole KTM family is deeply saddened by the terrible news that MX2 rider Rene Hofer, along with two of his friends, died following a skiing accident in Austria. KTM wishes to extend affection and heartfelt condolences to Rene’s family, friends, his team, along with the entire motocross community at this incredibly difficult time.

“Rene, a multiple-time junior champion and GP winner with a bright future in the Grand Prix ahead of him, will be remembered not only for his talent on the track, but also for his approachable, funny and friendly personality, together with his ever-present smile. Everyone in the KTM family will miss Rene a lot.”